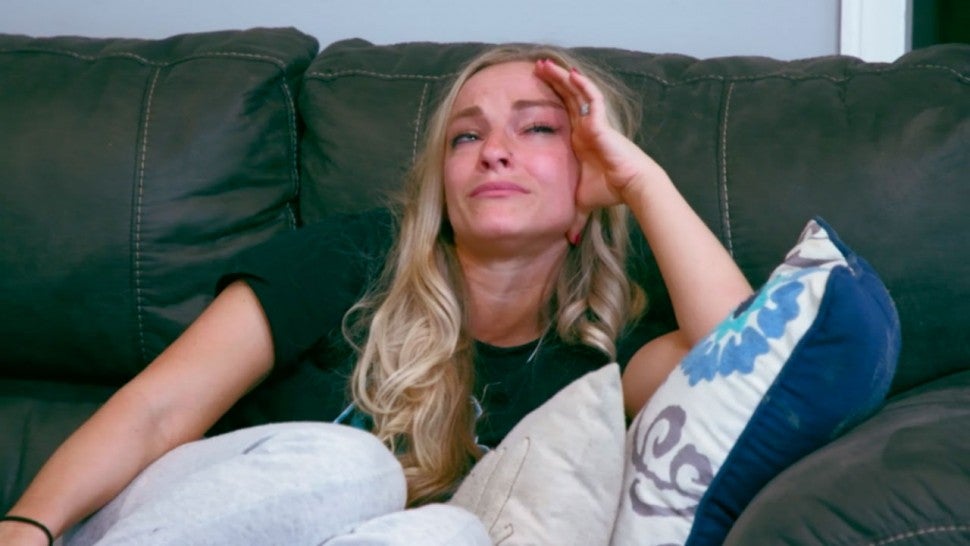 Teen Mom star Mackenzie McKee has finally set the record straight about her Instagram disappearance. As of now, she is back on social media. However, her disappearance bothered a lot of her followers. Fans have finally found the comment the MTV star made before saying bye-bye to her account. Shockingly, it has something to do with her co-star, Cheyenne Floyd. Confused? Well, don’t be as we have all the answers! Keep reading.

Things have been very rocky between Mackenzie and Cheyenne ever since the former used a racial slur in a video. It happened earlier in 2021. Cheyenne took it upon herself to make her fellow friend and co-star realize the adversity of it. Alas, things didn’t go well as McKee didn’t realize the consequences of her actions. Cheyenne has made several posts about their feud on Instagram and finally stated that she is “giving up” now and has “cut her off.” A fan on Reddit also gave their two cents on the matter while siding with Cheyenne.

Another Teen Mom co-star Maci Bookout had shared a fun behind-the-scenes video from the awaited Teen Mom OG Reunion. It featured all the cast members like Catelyn Baltierra, Amber Portwood, Cheyenne, and her. However, a follower quickly pointed out that McKee wasn’t there in the video. They also wanted to know what happened. Moments before removing her Instagram, the MTV star had commented that she shot her segment individually as “Cheyenne hates her.” This didn’t land well with Bookout as she quickly replied by schooling her. She revealed McKee is too concerned about her image rather than how she “treats people.”

Also, the Bulletproof author fiercely added that she “won’t take offense to her unfollowing the account.” She concluded by warning the Oklahoma native not to “delete things after starting a conversation.” Following this, Mackenzie’s account was filled with trolls sending her lots of negativity. As a result, the reality TV star deleted her Instagram account. In this feud, most fans seem to have teamed up with Cheyenne. They claim that it’s not okay to use racial terms lightly and not own up to them properly in this time and age. Words have consequences.

Although she wasn’t active on Instagram at the time, Mack uses her Tik Tok to talk to Teen Mom fans about the feud. Through it, she made it clear that she didn’t go off the image-sharing app because of Cheyenne. Instead, she did it to protect her mental health because of all the negativity coming from the trolls. The mother of 3 didn’t want to “see hate towards any 5 of the girls,” i.e., Cheyenne and the other reunion cast members.

Moreover, the 27-year-old’s Tik Tok audience appreciated her mature perspective of not wanting hate for anyone. They also didn’t shy away from reminding her that they still admired her. As of now, Mckee is finally back on social media, including Instagram. Fans are delighted to have her back. However, her feud with Cheyenne is possibly still ongoing. Stay tuned for more updates.