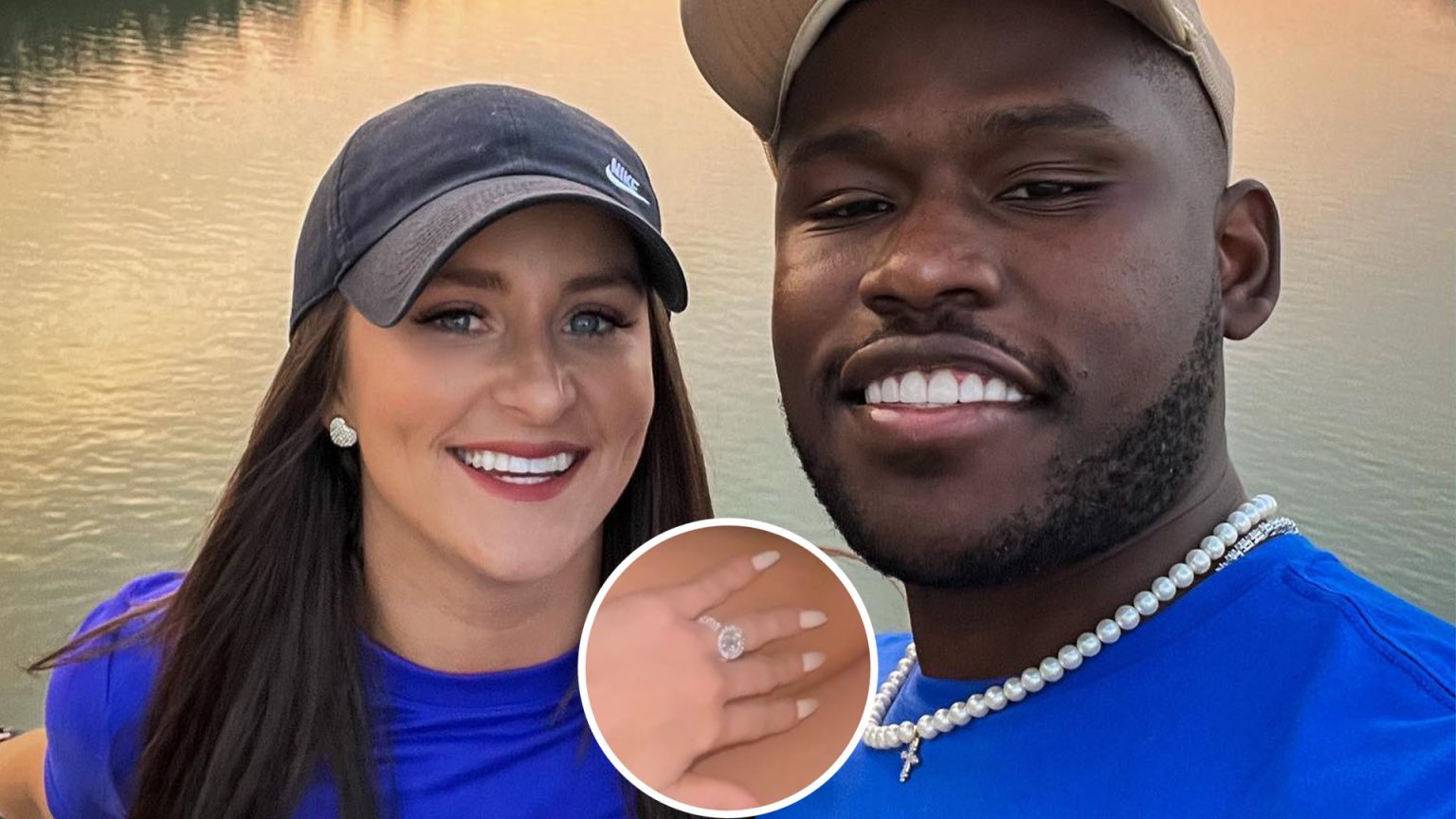 The Teen Mom star Leah Messer has faced many troubles in her past relationships. She was introduced on television with the popular MTV show, 16 & Pregnant. The young star’s teenage pregnancy journey was documented in the reality television show with her boyfriend Corey Simms. After her breakup with him, she married Jeremy Calvert. Sadly, their relationship also did not last for eternity, and they decided to split their ways mid-way. Now, finally, her life is getting back on track. The reality television star has announced her engagement to her now boyfriend Jayden Mobley. Keep reading to know the details.

The Teen Mom star struggled a lot in her love life before settling with Jaylan Mobley. After her first marriage to Corey Simms failed, Leah started spending most of her time caring for her two beautiful daughters. She shares Twin daughters, Alannah Hope and Aleeah Grace, with her ex-boyfriend Corey. After their breakup, the reality television star was lucky to find love again. She then married Jeremy Calvert, and they were blessed with another daughter named Adalynn Faith. The two of them were married between 2012 and 2015. Now, the mother of three is ready to talk down the aisle for another time.

Leah recently got engaged to her handsome boyfriend, Jaylan. The couple announced their engagement by sharing a picture of the beautiful moments with People. Leah and Jaylan were on vacation in Costa Rica when the latter went on to his knees to ask her the most beautiful question. The beauty revealed that she knew that something big was coming but was not very sure. They were walking on the beach when suddenly Jaylan popped the question. She happily said yes. Meanwhile, Mobley revealed his nervousness before asking her to marry him. Moreover, the place holds a special place in their heart because it was the first place they visited after dating. The couple is very excited to start the new journey together

The Teen Mom star Leah Messer is on cloud nine now. She just can’t wait to walk down the aisle with her fiance Jaylan. Recently, reality television posted pictures on her social media account flaunting her expensive diamond ring. However, the exact cost of the ring is not known. Jaylan brought a 4-carat diamond ring for his girlfriend and the study showed a 4-carat ring worth around $250k. Fortunately, the star’s boyfriend was lucky enough to save the money as half money was paid by the collaboration coordinated, PR agency.

The reality television posted a slew of pictures of the ring on her social media account. Finally, the “two souls” are getting connected. “It’s official,” Leah wrote in the caption of the post about her engagement. They looked happy together in matching white clothes. Leah wore a beautiful off-white high-slit gown while Jaylan was in a matching T-shirt with trousers. The happy fans rushed into the comments section to offer their best wishes.