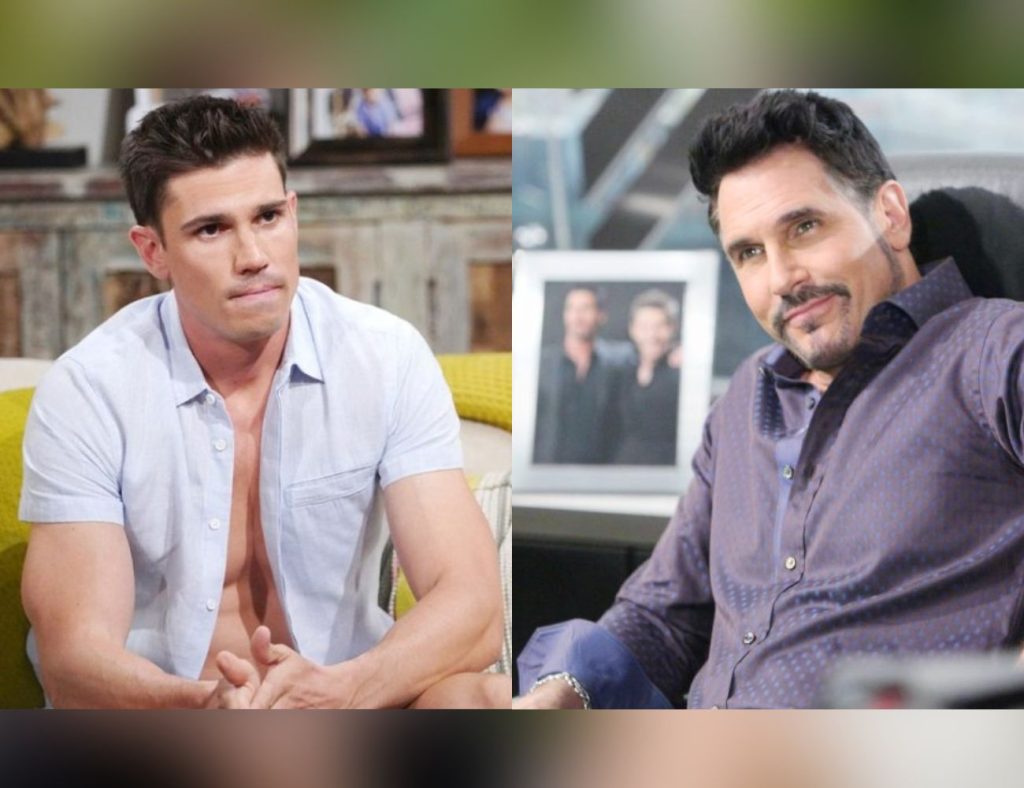 Bill’s mental health is on a steady decline on The Bold and The Beautiful. It was triggered by the double rejection he faced from Brooke and Katie, one after the other, in a gap of few hours. Sheila, as usual to get to her means, sank her teeth right into a dettoriating Bill. Manipulating him by her seductive prowess to stand in her defense. Bill took bait quite easily and unleashed his dark side that had been dormant for a while. The latest spoilers suggest that in a moment of fury, Bill will spit out a long kept secret. Is he about to declare who really is Kelly’s dad? Let’s find out!

Steffy’s Past With The Spencer Father-Son Duo, Bill and Liam

Long before Steffy tied the knot with Finn on The Bold and The Beautiful, she was a Spencer Bride. Long time viewers might remember the time when Liam and Steffy were man and wife. However, the marriage ended tragically after a spew of betrayals from several fronts. Back in the day, Sally Spectra still lived in L.A. and we all know she has had quite a scandalous past. One of those scandals connects right here. During one fateful event, Liam and Sally exchanged a passionate kiss, while he was still married to Steffy. When Steffy found out, she was heartbroken.

In retaliation, Steffy slept with Bill. It was not something she had planned, but things always sort of just happen on The Bold and The Beautiful. Later, Steffy discovered that she was pregnant. When Liam learnt of Steffy’s one night stand with his father, he walked out on her. Swiftly annulling their marriage, believing that she was pregnant with Bill’s child. However, a paternity test later proved that Liam indeed was the father. Unfortunately though, the ship had sailed for Liam and they both never could repair their marriage. Eventually, choosing to move on in their respective lives with different partners. But, Steffy showed her pull towards Liam, time to time.

Now, here’s the twist in the tale on The Bold and The Beautiful! We have been watching soaps for long enough to know how easy it is to manipulate results in soap universe. What if Bill had the results changed in favor of his son in an attempt at redemption for what he had done? It is totally plausible and Bill has the mind and the means to pull it off. All these years he kept the secret buried to keep the peace in everyone’s lives.

However, off late, Bill is completely unhinged on The Bold and The Beautiful. He cannot seem to tell right from wrong anymore. In a recent preview video, he menacingly threatened Steffy to get off of Sheila or he would make sure Taylor goes to jail

for shooting him all those years ago. If he could do that, what would stop him from going one step further and deviously spilling out the truth that he and not Liam is Kelly’s father.

That would surely send waves of shock across all parties involved. Even if he doesn’t immediately spill it out, he might threaten Steffy further with it. Do you think it’s fair of Bill to put Steffy in that spot? Will he hurt his son with this bomb, just to save Sheila? Stay tuned to upcoming The Bold and The Beautiful episodes to find out!