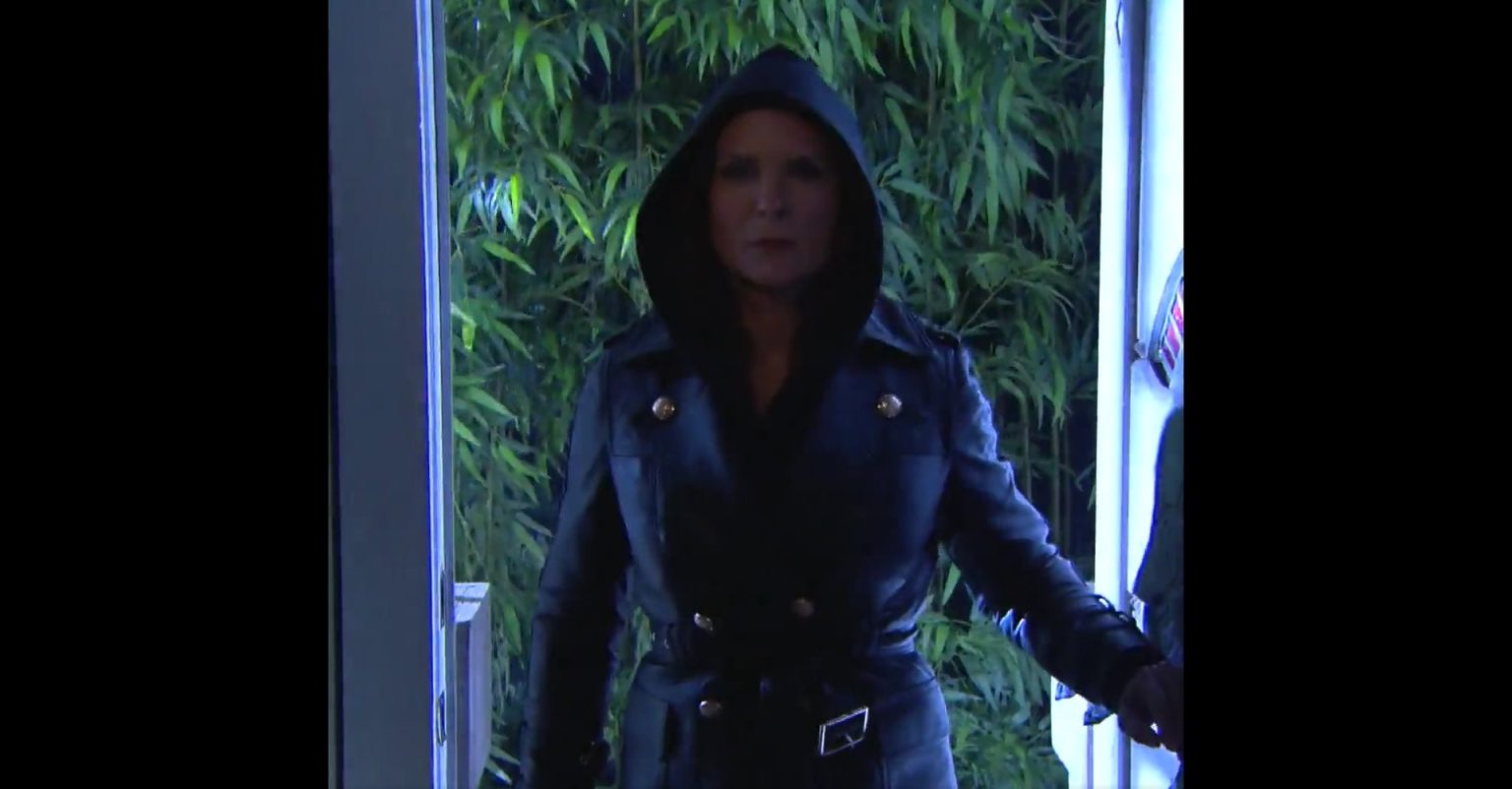 The Bold And The Beautiful Spoilers For The Next Two Weeks (December 26–January 6, 2023): Sheila’s Trick Shocks Steffy, Taylor In Danger

The Bold And The Beautiful spoilers for the next two weeks, from December 26 – January 6, 2023, reveal that Liam and Wyatt will be worried for their father, who is now wearing the sword necklace and might change for the worse. Thomas will plead for his future, and it will be Ridge’s final decision making week. On the other side, Sheila will haunt Steffy and Finn with her negotiations which will only get more worse.

During the week of January 2-6, 2023, Sheila will have an ultimate shocker for Steffy. Once she reminds Steffy of the past, she will shiver in horror. Is it connected to Taylor? Sheila’s trick is going to shake things up in the story even further. Elsewhere, there will be someone planting a kiss. Let’s read further and uncover what is to happen in the coming weeks.

The Bold And The Beautiful Spoilers For The Week Of December 26-30, 2022: Taylor-Brooke’s Bonding

First, Taylor and Brooke will try to understand each other even further. Fans know that it is a decade old rivalry, and they always viewed each other as an enemy. However, things are changing now. The Bold And The Beautiful spoilers tease that Taylor and Brooke will spend more time with each other, understanding and living a life without Ridge. Now, speaking of Ridge, he will have to make a final decision in Thomas’ case this week. After what his son did, Ridge will decide to whether to grant Thomas’ wish or to make him pay for his deeds.

Back with Taylor and Brooke, it looks like Brooke will share how she and Ridge kissed at the Christmas party. This might confuse Taylor a little bit, but Brooke will stand by her commitment to not get back with Ridge. However, fans know that it is something that is impossible, given how she has been in the past. We have to wait to see how things turn out and if Brooke stays true to her words.

In the meantime, there will be a heavy downpour in Los Angeles. However, Carter and Katie will have a romantic night with each other somewhere in the town. Looks like these two are getting really well with each other. Are there any chances that these two might get really serious into their relationship? We will know that.

Next, Sheila will sneak into Steffy and Finn’s house after cutting the power supply to their house. Since Steffy was the one who came face to face with the she-devil, she will sense the threat. The Bold And The Beautiful spoilers reveal she will immediately inform Chief Deputy Baker about the things going on at her place. While Steffy and Finn are searching to bring back the power, Sheila will petrify her with her presence. Fans know that Steffy was and Finn have faced a lot because of her in the past.

Looks like Sheila will be there to do some negotiation and ask for a last chance from her son. History is evidence that trusting Sheila is something that even an insane person won’t do. Once Sheila feels that Finn and Steffy won’t budge to her demands, she will have another trick to make them make them understand.

Elsewhere, Liam and Wyatt will be worried for Bill, who is now wearing the sword necklace. It is pretty sure that Bill will now change for the worse. After facing rejection and humiliation, Bill is back with his evil sword necklace. We have to wait to see what he is going to do now. The show will air the episode of Steffy and Finn’s reunion in Monaco on December 30, 2022. So, stay tuned for that.

The Bold And The Beautiful Spoilers For The Week Of January 2-6, 2022: Sheila’s Trick Leaves Steffy Shocked

During the next week, Sheila will be done begging to Steffy and Finn. There are two things that Sheila has always wanted in her life – freedom and her son. Now that she knows she isn’t getting either of them, she will come up with a wicked plan. The Bold And The Beautiful spoilers claim Sheila will drop a bombshell that will leave Steffy shaken up. Looks like Steffy’s history will haunt her again and leave her with no option. What is that Sheila is reminding her of?

Recently, Steffy promised that she’d do anything for her mother. Fans know that Taylor shot Bill and was never caught for it. Above that, Steffy was the one who helped her to cover up the crime. Chances are there that Sheila might remind her of that and leave her fear for her future. Once the news is out, not just Taylor but Steffy will also land in jail. If not this, there are chances that Sheila might threaten Steffy about the time when she thought Finn was dead. Since the show is airing their reunion, chances are there Sheila might threaten to kidnap Finn again.

Whatever the case, Sheila’s trickery is definitely going to shake Steffy’s life immensely. Other spoilers suggest that two unexpected characters will kiss each other. What if it’s Bill and Sheila teaming up with each other to take their enemies down? We will know that soon. The Bold And The Beautiful airs every weekday on CBS. For more updates and spoilers, visit our website, TV Season & Spoilers.