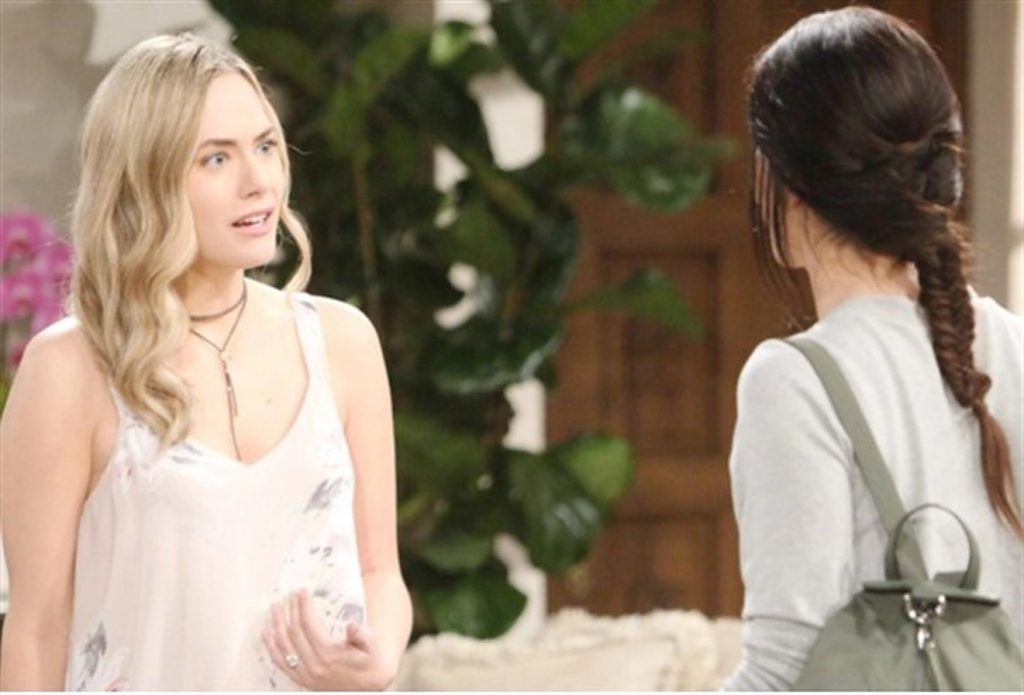 The Bold And The Beautiful: Rivalry Comes To An End, Forresters-Logan UNITE

The black sheep of the Forrester household, Thomas, had been creating messes on The Bold and The Beautiful forever now. However, it seems that after his latest expose, his manipulations and schemings will die down. At Least for a while! The aftermath of his true coming out wreaked havoc in way too many lives. However, the one good thing that came out of the whole plot that Thomas created was the Logan and Forrester family taking a united stand against him. Does that mean the long-standing Logan-Forrester feud has come to an end?

Forresters And Logans Lash Out At Thomas

Once Ridge found out the truth of what Thomas did to Brooke, he ripped his son to pieces right there at the altar. Ridge went as far as telling Thomas that he felt disgusted even by looking at him. There is no doubt that in the upcoming episodes, Ridge will let out a more lengthy outrage at Thomas. Chances are, he will get the boot from his father and find himself out of the Forrester Mansion and business. Ridge will not take kindly of it that due to Thomas, he is on the verge of losing both the women in his life. Thomas hasn’t won any points from his mom, Taylor, either. He may have succeeded in pressuring her to stay quiet about his call, but she will surely pin her showdown with Ridge on Thomas.

Thomas’s long-time ally on The Bold and The Beautiful, Steffy, was the first one to take a stand against what he did. Not only did she assure Douglas that he did the right thing by coming forward, despite his dad’s warning. She even ended up being the one to expose him at the wedding. This brother and sister duo will surely remain at loggerheads for a while. Thomas tried to explain himself to Brooke by claiming that he does not hate her or wish to harm her but was only doing what he thought was best for his dad. Brooke, ofcourse didn’t but it and gave him a firing from hell.

However, the fury that will leave him feeling the most heat is the one from Hope. When Hope learns the truth, she is not just enraged at Thomas but also disappointed in herself for ever trusting him. She tells him how disgusted she feels at herself for letting herself get close to him. She can’t fathom how a kid as good as Douglas could come from a person as bad as Thomas. Hope rebukes and refutes any claims he makes of deserving another chance. She takes Douglas away to Logan Estate and kicks Thomas out of her jewelry line.

So, this rivalry between the two clans has been on for as long as time now. Women from both sides of the family have been competing with each other to win the favor of the men they want. Brooke Logan and Taylor had been fighting over Ridge Forrester for we can’t even remember how long! Hope and Steffy stood against each other to win Liam’s heart on The Bold and The Beautiful. However, Hope ended up winning that particular battle. While Steffy seems comfortably settled with Finn. So the members of both families had been standing on opposing sides for quite a while for more than just one reason.

However, now with what Thomas has done. The whole Logan as well as the Forrester family has unanimously denounced him. They are all, for once, standing on the same side of the battlefield. Thus, we can safely assume that both families will be calling a truce for the time being. As they are facing a common opponent at the moment. But do you think this truce will last? Tell us your views in the comments below! Meanwhile, stay tuned to The Bold and The Beautiful to find out what happens next in the lives of the Forresters and Logans.