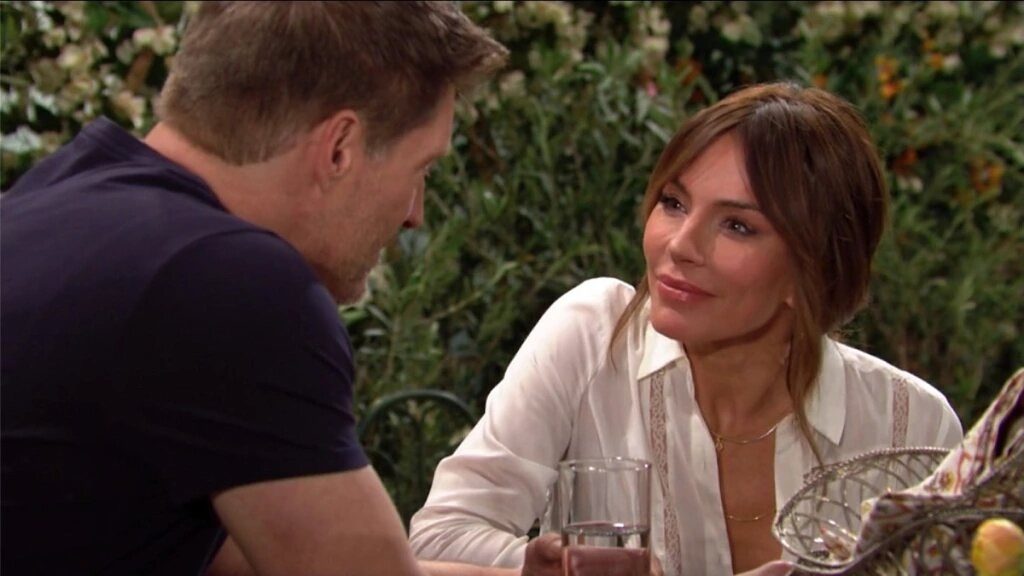 The Bold And The Beautiful: Romantic Shakeups Create Chaos Again

The Bold And The Beautiful spoilers reveal that all the couples will shake up in the upcoming days on the soap opera. There might be another pairing on the show soon. Looks like it will none other than be Taylor and Deacon. As for Deacon, he already tried to woo Taylor months ago. Will he be successful this time? Let’s discuss what might happen in the coming episodes of B&B.

Taylor Is Single, Ready To Mingle

After years of rivalry with Brooke, chasing, and sometimes begging to Ridge, Taylor finally realized that she deserved better. Well, it just wasn’t Taylor but also Brooke who finally decided that she needs to live a life without Ridge in it. Not to mention, it was the best lesson to be learned for one of the most indecisive man on earth -Ridge Forrester! Fans were overjoyed when they saw how Taylor and Brooke decide to call a truce and became friends.

However, things won’t be as easy as it looks right now! Recently, Brooke and Ridge shared a Christmas kiss which Brooke hid from Taylor. History is a witness to show how many times Ridge and Brooke have reunited with each other no matter what happens. If that’s the case, what will happen to Taylor? She is single right now and ready to mingle, but obviously not with Ridge! Who will Taylor get to be paired with? Let’s discuss what might happen next in the s toryline with Taylor.

The Bold And The Beautiful Spoilers: Shocking Pairing On Show, Deacon-Taylor Get Paired?

Taylor has always been unlucky in the department of love! Ridge, the man she has always loved, never actually respected her feelings since he always used her as a backup. The Bold And The Beautiful has showed how much Taylor has suffered because of him. Not just once or twice but many times, Ridge only came to Taylor when he had some issues with Brooke. Recently, Brooke and Ridge’s Christmas kiss also hints at the direction that it is not far that they get back with each other.

What about Taylor then? She will still be single, who will be paired with her? As of now, in the story, Billy shockingly chooses Sheila out of the blue. Ridge might go with Brooke, Carter is with Katie, and Deacon is the only one left out. Fans know that Deacon tried his best to woo Taylor a few months back. He used to go to her hospital, and instead of getting treatment, he only used to go there to meet Taylor.

While Deacon tried his best to woo Taylor, things didn’t work out. What if he decides to woo her again? Will he be successful? Months before, Sean Kanan, the actor portraying Deacon, hinted on Twitter about a possible pairing of Deacon and Taylor. Given how the story is going, the chances of it to happen seems higher right now. Stay tuned to see what happen in Taylor’s storyline and who she ends up with. The Bold And The Beautiful airs on CBS. For more updates and spoilers, visit our website, TV Season & Spoilers.