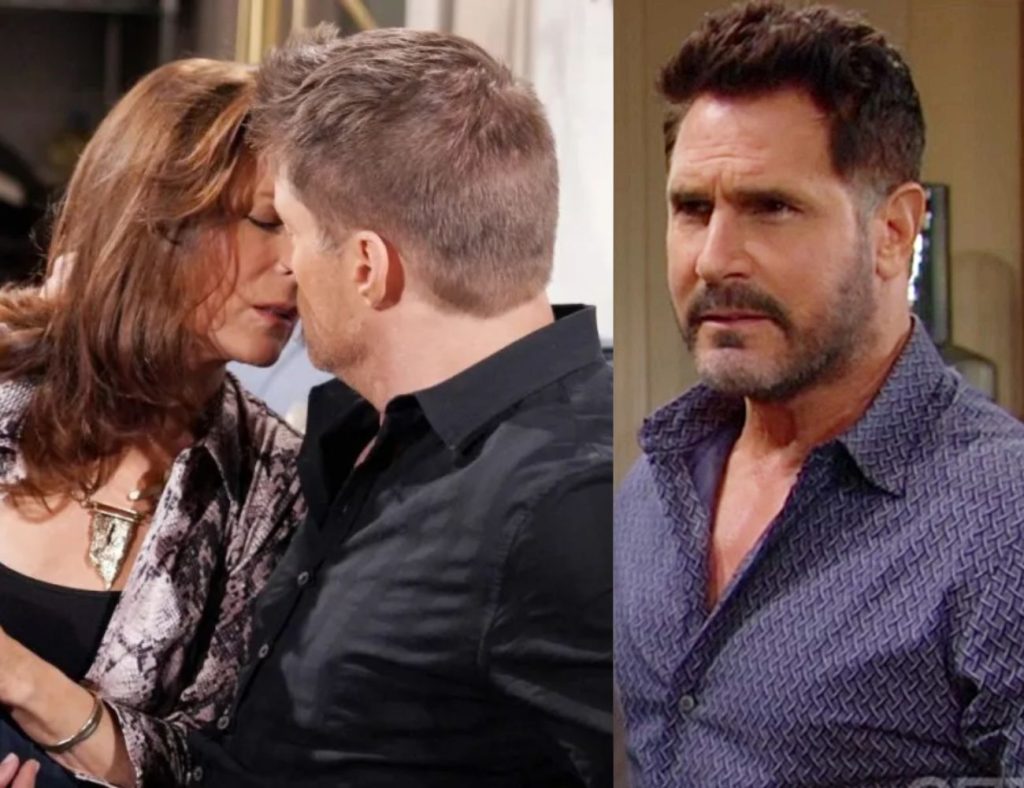 The Bold And The Beautiful: Sheila’s Ultimate Plan, Cheats On Bill With Deacon

Bill is functioning in a fugue state on The Bold and The Beautiful. He is so eluded in Sheila’s “love” that he can’t see what everyone is trying to show him. The overnight romance that Bill ignited with Sheila is taking him down a dangerous road. A road where he is seemingly burning all the bridges with his loved one! Is Bill being foolish by trusting the scheming she-villain? Will Sheila remain dedicated towards him once she meets her means, or is Bill setting himself up for an epic betrayal? Keep reading to find out what Sheila might be up to next on The Bold and The Beautiful!

Sheila Carter has proven herself to be a delectable dish on The Bold and The Beautiful that no one can resist! History is proof that every time Sheila has found her hand stuck in the cookie jar, she has seduced a man into getting her out of the sticky situation. However, upon her successful rescue, she always slithers away! None of the men have ever been able to hold on to this lady! Can Bill be any different? Or is he just as dispensable as the rest to Sheila and not realizing it?

If you think about it for a minute, it makes zero sense for Sheila to be so “in love” with Bill overnight on The Bold and The Beautiful. From where we are standing, it looks more like Sheila is taking advantage of Bill’s vulnerabilities. He just had his heart shattered twice in a row and was feeling lonely and unloved. So, it’s understandable that he felt drawn to Sheila when she offered him the love and attention he so desperately needed. But will Sheila continue to give him that once he manages to break her out of prison? Or, will she slip away, leaving another man broken, like she always does?

Sheila Leaves Bill, Goes Back To Deacon On The Bold And The Beautiful

Sheila is an extremely clever vixen on The Bold and The Beautiful. She knows her game all too well and has remained invincible so far! So, betting on Bill could be more of a strategic move than a romantic one. However, we grant that she is mildly intrigued by the publishing of Mogul! After all, who wouldn’t be? He is intensely charming and powerful. Moreover, he doesn’t mind getting his hands a little dirty, especially when he is wearing that sword necklace! But is that charm enough for Sheila to remain by his side after he has gifted her freedom from prison?

Chances are, once Sheila is out, she will remain by Bill’s side to rise as an evil power couple wreaking havoc on The Bold and The Beautiful. But, that is soon to lose it’s glitz, going by Sheila’s standards of high stake risk-taking behavior. She might start feeling drawn back to the twisted romance she had with Deacon. And, lets face it, there was more depth in her connection with Deacon.

Our boy, Bill, recently displayed a fleeting moment of sense when he wondered if siding with Sheila is worth it. That thought might come back to haunt him again! It won’t be surprising if Sheila eventually betrays Bill and goes back to pursue a hesitant Deacon, like last time! Stay tuned to CBS over weekdays to find out Sheila’s next move on The Bold and The Beautiful.