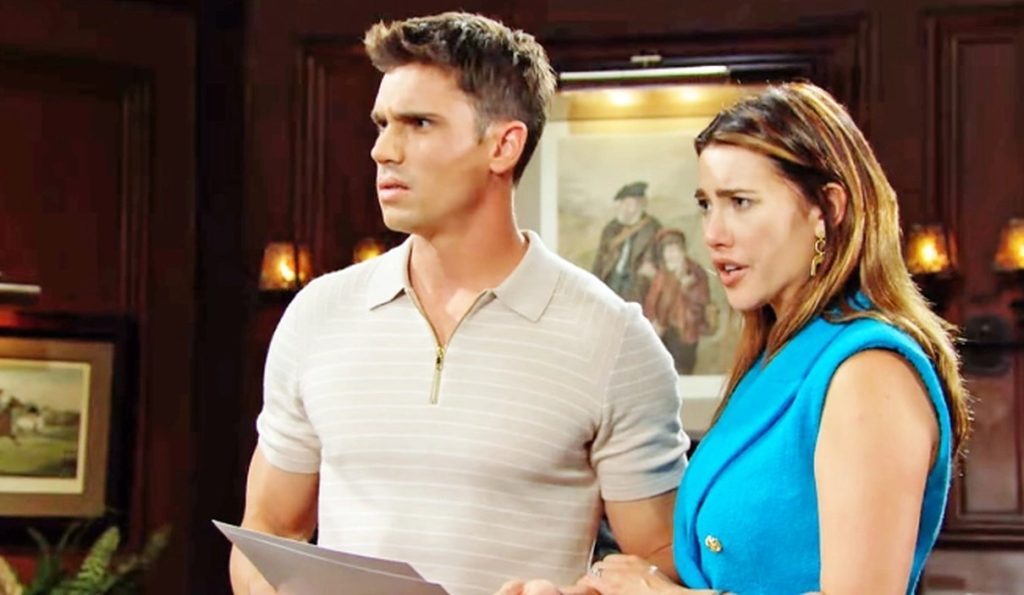 The Bold And The Beautiful Spoilers For August 12, 2022: Sheila Is DEAD, But Is She?

The Bold And The Beautiful spoilers for August 12, 2022, reveal that Ridge and Thomas will get a rather satisfying clue about Sheila. They will conclude that Sheila might be dead. While Everyone will initially have doubts about Sheila’s death, everyone will be happy that she is gone for good. Elsewhere, Hope will be scared of Thomas’ idea to move Douglas back into the Forrester mansion. She will immediately approach Deacon, and he might try to comfort her. Keep reading to find what unfolds in today’s episode.

Hope Is Scared; Deacon Comforts Her!

Up until now, Douglas was living with Hope, but the latest spoilers for The Bold And The Beautiful claim that Thomas would now want his son to live with him. This would scare Hope to the core, and she will get emotional with his idea.

However, Hope will approach her father, Deacon. They both will have a conversation where she will open up about her fear. Deacon will know that Hope, under no condition, will separate Douglas from her. So, he will comfort her by saying that Douglas will not go anywhere. As for Hope, she will regain her confidence and try to trust what Deacon has said.

In the meantime, Douglas is in needs to spend time with his father. It is obvious that the kid might not feel content with only his mom by his side. Sometime or the other, he will definitely need his father’s care as well. It is for Hope to understand what her son is feeling, and she might have to understand it somehow.

The Bold And The Beautiful Spoilers: Ridge And Thomas Drops Shocking Sheila-Updates!

Further on The Bold And The Beautiful, Ridge and Thomas will get shocking evidence. They will come to know that Sheila is dead and tell the entire family about it. To prove their findings, they will also have her DNA, including Sheila’s middle toe. All the evidence will point toward Sheila being mauled to death by a bear.

However, fans know that Sheila is not someone to die that easily. She is a type who might cut her own toe to stage her death in front of all. So, there will be a hint of suspicion. However, Everyone will be happy and will think that she has gone for good for now. Ridge will think that Sheila deserved it. On the other hand, Thomas might still have some doubts but will eventually think that it is for good. Later, Thomas might also express how much happy he is seeing Steffy and Finn together.

Steffy Confronts Ridge About His Feelings

While Steffy is extremely happy with Finn coming back into her life, she will want the same to happen to Taylor. The spoilers show that Steffy will confront Ridge in front of Taylor and Thomas. She will ask Ridge the reason for kissing Taylor in Monaco. Further, she will also insist that Ridge should come back home to Taylor and not waste time with Brooke.

However, Ridge still has strong feelings for Brooke. So, it might be difficult for him to answer Steffy’s questions. The spoilers suggest that this confronting session might lead to a huge mess in Ridge’s love life. Hope’s husband, Thomas, is right there in their house. Is there any possibility of him passing on the kissing news to Hope? If that happens, get ready to witness a huge fallout in the upcoming episodes. Watch The Bold And The Beautiful, which airs every Weekdays on CBS. For more information on spoilers, visit our website, TV Season & Spoilers.