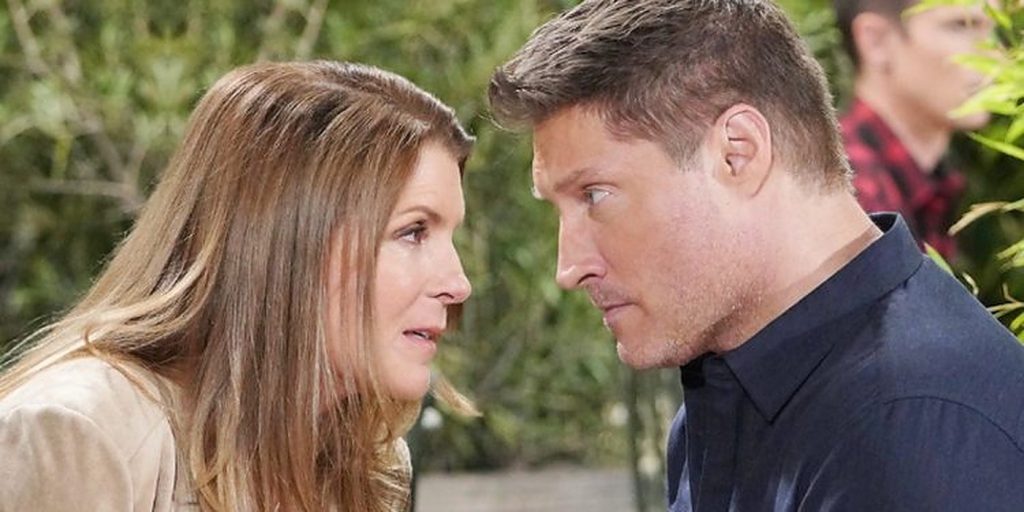 The Bold And The Beautiful Spoilers For August 23, 2022: Sheila’s Tempting Offer, Thomas Won’t Back Off

The Bold And The Beautiful spoilers for August 23, 2022, reveal that Sheila will tempt Deacon with an offer. She will say that she has a lot of money on her. In the meantime, Thomas and Hope will discuss Douglas’ custody again. Hope will agree to increase the timing for the father-son duo meeting. However, Thomas will feel like she is showing him some mercy by allowing him to be his own son. As for Brooke, she will disagree with Douglas’ being with Thomas. Taylor will fight back. Keep reading to know where the story is taking the viewers to.

After giving a romantic bath as a token of thanks, Sheila has yet another offer waiting for Deacon. The spoilers for The Bold And The Beautiful shows that Sheila will offer cash to Deacon. She will tell him that she possesses a lot of money. At the same time, she will also ask him not to question her on how she got it.

However, Deacon will become a little curious and might ask her how much she has. His curiosity will put a smirk on Sheila’s face. She will know that yet again, she might be able to trick Deacon and make him a part of her cruel plans.

As for Sheila, she simply wants him to keep his mouth shut by taking money. However, Deacon’s life is already a complete mess. First, Brooke, then Taylor, and now it is the maniac mother – Sheila! Will Deacon really get swept with the money offer? We will know that in the upcoming episodes.

The Bold And The Beautiful Spoilers: Thomas Is Not Ready To Back Off; Brooke Irks Taylor

Over with Hope, she will discuss Douglas’ custody with Thomas. The Bold And The Beautiful spoilers claim that Hope will request Thomas to consider her. Seeing Douglas whenever he wants is okay, but taking him completely off from her life is unacceptable. To soothe things out, Hope will be willing to offer extra time for Douglas-Thomas to meet.

However, this offer might make Thomas furious. He will wonder why he should always be the one receiving mercy. To see his own son, Hope’s ‘extra-timing’ comment will make Thomas feel that she is showing him some sort of mercy. They both share equal rights when it comes to their son.

As for Thomas, he wants to be there for Douglas round the clock. Not just when Hope and Liam are comfortable to show his face. Thomas is Douglas’ father, and he wants to play the role sincerely. Fans can expect Thomas to not back off with his stand. Simultaneously, he also wants Douglas to experience the whole Forrester family by moving in with him in the mansion. Whatever it is, Hope will know that Thomas will not sit back now.

Elsewhere, Brooke and Taylor will have an argument regarding Douglas’ custody. Brooke will think that Thomas is not ready to play a father’s responsibility. She will want Hope to take care of her son instead of Thomas. However, Taylor will fight back and remind her that it’s Thomas’ decision as a father.

Neither Brooke nor even Hope has a say in this. Nevertheless, Taylor will never let Logans have the upper hand in any situation. The B&B spoilers tease that these two ladies’ bickering is likely to escalate soon. Until then, watch The Bold And The Beautiful, which airs every Weekdays on CBS. For more information on updates and spoilers, visit our website, TV Season & Spoilers.