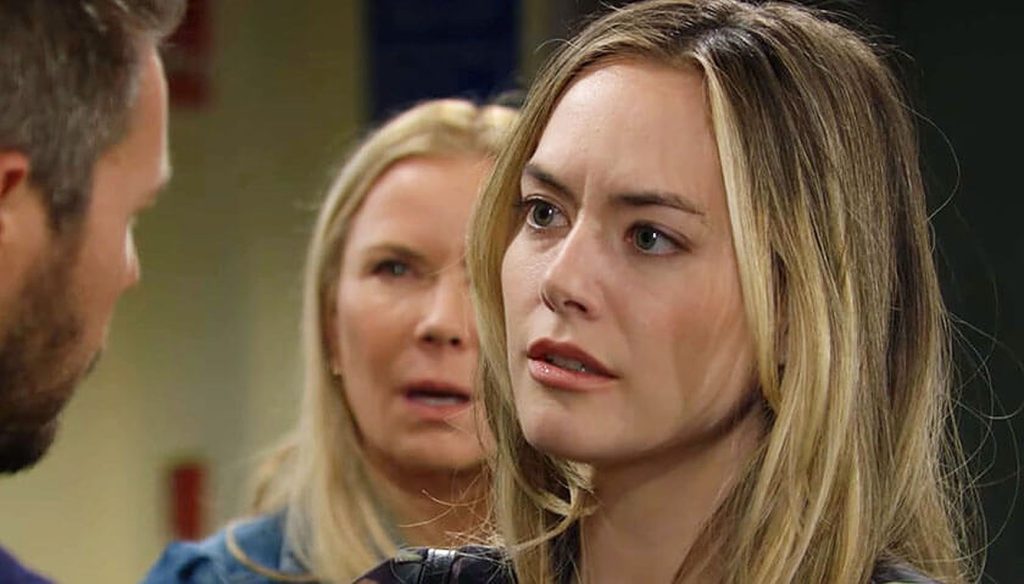 The Bold And The Beautiful Spoilers For December 9, 2022: Logans Learn About The Sheila Bombshell, Hope Defends Deacon

The Bold And The Beautiful spoilers for December 9, 2022, reveal that Finn and Steffy will share their Sheila findings with the Logans. They will see the clues that Finn got, which will send a chill down their spine for everyone. As for Hope, she will defend Deacon when she comes to know about something related to him. Keep reading to know what is going on in B&B in today’s episode.

Steffy-Finn Tell Everyone About The Sheila Truth

On Friday, Steffy and Finn will now decide to spread Sheila’s survival news to the family. The Bold And The Beautiful spoilers tease that Steffy and Finn will call for a meeting where Liam, Hope, Brooke, Carter everyone will be present. They will inform them about Finn’s findings from the medical tests. They will tell everyone that the way the toe is cut doesn’t really look like it was severed by a bear because it is neatly cut. It seems more like Sheila cut it herself to fake her death.

Above that, the toe doesn’t even have teeth marks or any sort of injuries on it. So, it just adds to the fact that Sheila is very much alive and plotting something evil. Finn will also share how they went to Deacon to pry some information from him but weren’t able to get any. Given how dangerous she is, it will be better to spread the news and alert people of the possible chaos that she might cause. Everyone will be shocked to hear the news and will wonder how they can help in further investigation.

As for Finn, he is waiting for more clues to support his theory so that he can hand over the evidence to the cops and let them do their work. During the week of December 12-16, 2022, cops will launch a huge search mission to track Sheila down

. So, it looks like it won’t take that long for Finn to get more clues to support his theory.

The Bold And The Beautiful Spoilers: Hope Defends Deacon

Next, Hope will learn that Finn and Steffy went to meet Deacon to pry some information from him regarding Sheila. The Bold And The Beautiful spoilers reveal Hope will defend her father and will tell that there is no chance that he might have helped her after what she has done. Fans know that Deacon has done more than she should and is likely to get into trouble as well.

However, Hope may remember the time when she came across Lina, the suspicious partner of Deacon. That could leave Hope in confusion, but she’ll still defend Deacon and assure that her father has got nothing to do with Sheila. We know that it is a complete lie, and he is the one harboring the fugitive in his house. Stay tuned and watch The Bold And The Beautiful, it airs every weekdays on CBS. For more updates and spoilers, visit our website, TV Season & Spoilers.