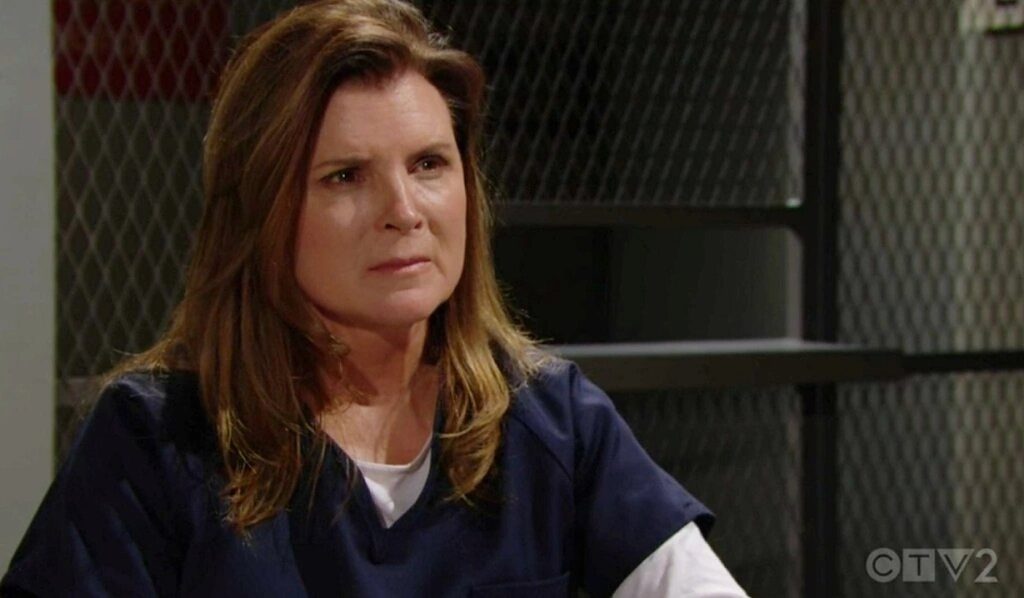 The Bold And The Beautiful Spoilers For January 12, 2023: Sheila Walks Free, Steffy And Taylor Feel Terrorised

The Bold And The Beautiful Spoilers For January 12, 2023, reveal that just as fast things had turned against Sheila Carter, they will turn back in her favor. Sheila Carter is out of prison! The news will send shockwaves across town. Steffy will continue to shake in fear of what could happen next. Taylor will feel guilty over being the reason for Bill’s blackmail. Carter will give Brooke and Katie a heads-up. Looks like a power-packed episode! We assure you, you do not want to miss this one. Dig in to find out what to expect in the coming episode.

Sheila Carter Is A Free Bird

The Bold And The Beautiful Spoilers For January 12, 2023, reveal that Sheila Crater has finally had her day in court, and the scales of justice have dipped in her favor. Or should we say injustice? It was a one-sided case that Sheila was sure to lose. But, thanks to her latest love puppy, Bill Spencer, that changed rather quickly. Bill’s blackmail has worked like magic, and Steffy and Finn feel forced not to testify against Sheila. The latest spoilers suggest that the judge will move to rule in favor of Sheila due to the lack of witness testimony.

Also, Bill Spencer pulled double duty on The Bold and The Beautiful by bribing the judge. Just in case backup was needed. Hence, the bribed judge will have no trouble overlooking every other available evidence and focus on the fact that no one is testifying against Sheila. Moreover, Mike Guthrie will become the scapegoat in the whole courtroom drama. The judge will declare that evidence suggests it was Mike who forced Sheila to escape. Consequently, Sheila Carter will walk out of court as a free bird.

The Bold And The Beautiful: Steffy And Taylor Fear Sheila’s Next Move, Carter Informs Brooke And Katie

Recently, we saw Taylor’s jaw hitting the floor when Steffy informed her what Bill is up to on The Bold and The Beautiful. The latest spoiler reveals that Taylor will be aghast that Bill Spencer could stoop so low. And that too for the likes of Sheila Carter. She will offer to talk to Bill to try and convince him to stop the blackmail. She may even consider taking the jail term to ensure that Sheila, too, sits right beside her in prison. But Steffy will not support the idea. However, the mo ther and daughter will fear the consequences of Sheila’s release. Now that she is out, there is no telling what she will do next.

As the news starts to spread of Sheila’s release on The Bold and The Beautiful, Carter will inform Brooke and Katie. Carter will give them the shocking news and warn them to keep their guard up as Sheila could strike at anyone at any time. Moreover, at some point, the news of Bill and his dollars buying Sheila’s freedom too will make its way to people. If Brooke and Katie were stunned before, imagine their shock when they find out what Bill Spencer is doing. Will one of the Logan sisters take it upon themselves to make sense of Bill and peel him away from Sheila? Will the Forresters be able to keep themselves safe from She-devila ? Stay tuned to the upcoming episode of The Bold and The Beautiful to find out!