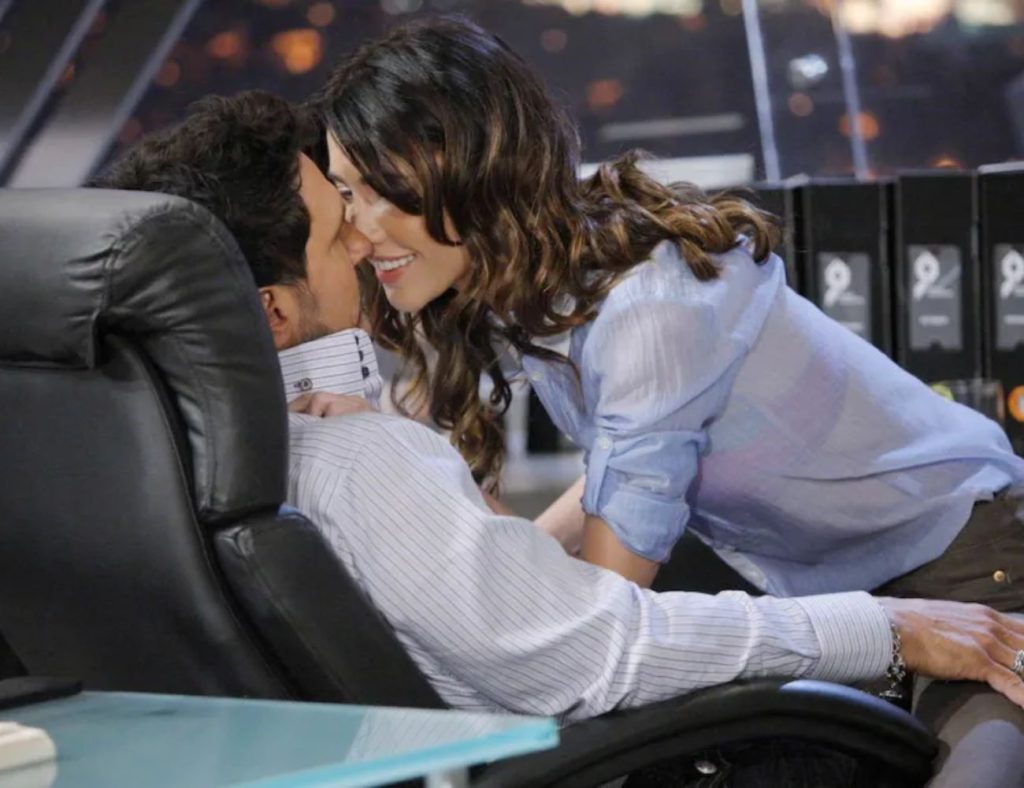 The Bold And The Beautiful Spoilers For January 2, 2023: Steffy’s Dark Past Comes To Surface, Finn Struggles To Deal With The Truth

The Bold And The Beautiful Spoilers For January 2, 2023, suggest that viewers are in for an explosive watch. Bill’s mental health has been spiraling out of hand and seems to have taken a new blow. Meanwhile, Steffy is forced to face some of her darkest times from her past at Bill and Sheila’s hands. Finn feels the pinch of the shocking revelations. Are the scales tipping away from Steffy on The Bold and The Beautiful? Is Sheila going to tear her and Finn apart successfully? Keep reading to find out what to expect in the upcoming episode!

Sheila and Bill have formed an unlikely Alliance of late. The Bold and The Beautiful spoilers for January 2, 2023, reveal that Bill is fully aware of the predicament he faces with Sheila. Either he turns the devious diva in and save his skin, or, sit right beside her behind bars as an accomplice. However, it seems that Bill may have a few Dollars, er, we mean, a few tricks up his sleeves! Long-time viewers might remember that a few years ago in a dramatic turn of events, Taylor shot Bill! Apparently, she acted out under the belief that Bill had taken advantage of her daughter, Steffy, and gotten under the sheets with her.

However, the relationship was very much consensual on The Bold and The Beautiful. Steffy then went on to plead with Bill not to press charges against her mother for shooting him. Looks like the media mogul’s generosity from back then of letting Taylor off the hook might come in handy for him in rainy times. The latest spoilers suggest that Bill and Sheila will hang the axe of this shady past over Steffy’s head in an attempt to get Sheila away from the police’s hands. Will the ploy work? Other B&B spoilers suggest that Sheila will get arrested. It will be interesting to watch if Bill can twist some arms to get Sheila out, or if her acts of terror actually end.

The Bold And The Beautiful Spoilers: Finn Is Shaken By The Truth, Bill’s Downward Spiral Continues.

Finn has proved himself to be an endearing, supportive, and understanding husband on The Bold and The Beautiful. Despite many of Steffy’s shortcomings and questionable acts, Finn has always stood by her. Love and trust intact. However, the latest spoilers suggest that when Steffy’s past comes to light to Finn, he will lose his footing. Steffy hid from Finn that her mother, Taylor, shot Bill. Moreover, making matters worse, she also hid from him that She slept with Bill. Now, that’s a truth that will sting Finn quite a bit.

Moreover, it will make Finn wonder how much more Steffy has been hiding from him on The Bold and The Beautiful. Will this blow be the beginning of the end for this couple? They had been going stable for far too long, and in soap language, that ALWAYS spells trouble! Furthermore, will finding out that Sheila is not the only murderous mom around, soften Finn towards her? Steffy after all, had no trouble forgiving Taylor for embedding bullets in Bill. In fact, she went to lengths to protect her mother. Will this push Finn to reconsider his hostility towards Sheila?

On the other hand, The Bold and The Beautiful spoilers suggest that Bill will continue his self-pity party. He will corner himself and fret over how he has been left all alone. Both Logan sisters, Katie and Brooke, rejected Bill’s romantic advances. A heartbroken Bill is slipping down a risky slope in every passing episode, assuming that nobody actually cares about him. Which is really far from the truth. Katie, Brooke and his sons, all care about him. However, Bill seems to have convinced himself against it. Where will this lead him next on The Bold and The Beautiful? Will Bill do something severely rash in retaliation? Stay tuned to the upcoming episodes of The Bold and The Beautiful to find out what goes down next!