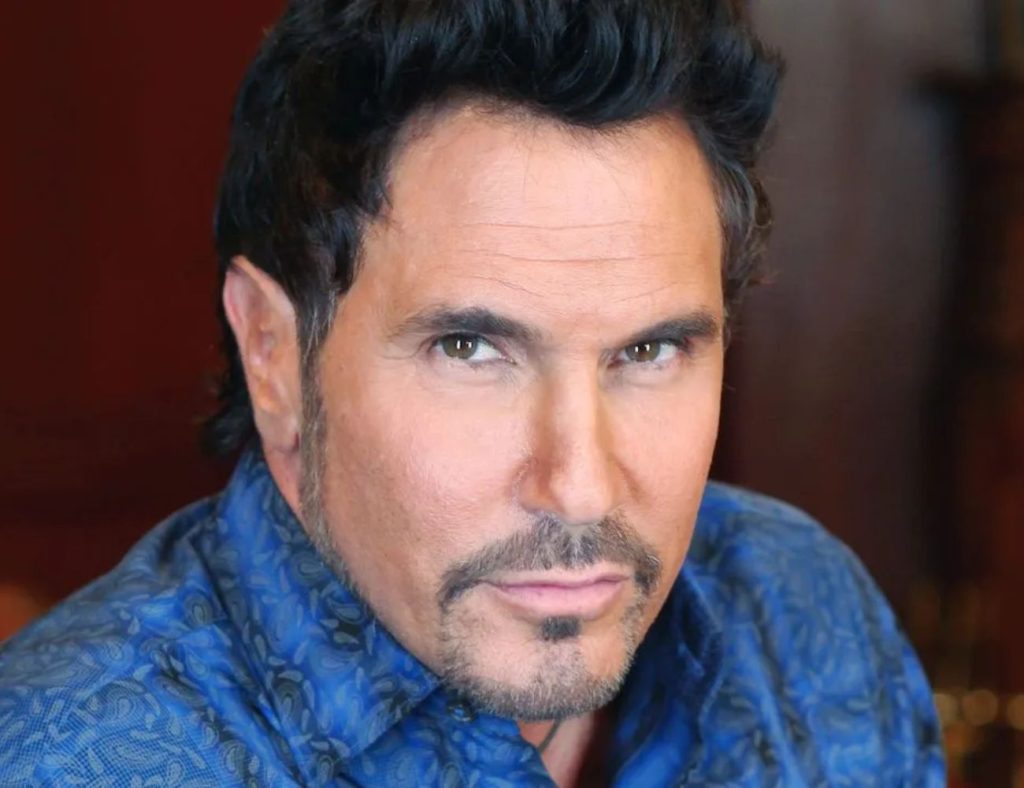 The Bold and The Beautiful: The Big New Villain RETURNS! Bill Jumps The Evil Side

Bill Spencer on The Bold and The Beautiful is one of the most loved and iconic characters. Fans have raved his character for as long as he has been around. Most of Bill’s appeal can be carted to the fact that he is a man of so many layers. And an unpredictable one at that! You can never put him in a box or put a label on him. However, off late on the famed CBS soap, Bill had been listening to the angel on his shoulder and playing well. But, by the looks of what just went down for our boy Bill. Chances are, The devil on his other shoulder is about to take over! So, is Bill about to say Good Bye to his Good Boy side? Keep reading to find out!

Bill Begins To Crack On The Bold and The Beautiful

It was a moment of great magnitude when Bill Spencer took off his iconic sword necklace on The Bold and The Beautiful. It signified Dollar Bill renouncing his old dubious self and stepping on to the straight and narrow path. Billy boy has struggled to remain on the good side of the playfield ever since. However, considering the recent turn of events on B&B, it’s safe to conclude that his good side is beginning to crack. We saw a glimpse of menace laced in his voice when he gave it back to Crater when they had a confrontation in Brooke’s living room.

Brooke shot down his attempts at wooing her on The Bold and The Beautiful. Right after that, when he approached Logan sister number two, he tasted disappointed yet again. Katie made it clear to him that she doesn’t want to re-ignite a relationship with him. Having his heart broken twice in a matter of hours will surely bring out the nasty in Bill. Spoilers suggest that Bill will realize that being good has done him no good after all. Thus, he may soon start feeling tempted to give in to his darker side. So, are we about to see the devious old Bill come back and unleash hell? Keep reading to find out!

Bill Spencer Picks Up The Sword

“Bill is in a really bad place,” actor Don Diamont admitted in a chat with Soap Opera Digest. Although, he is still trying to pick up the pieces on The Bold and The Beautiful so as to avoid falling into a deep, dark chasm where he has never been before. However, if he fails to recollect himself, the old Bill will resurface. Don agrees that playing nice has gotten Bill nowhere, and if that realization hits Bill hard, then he may shed the good boy skin and unleash the devil within. The old Bill walk the grounds of L.A. with such vengeance that all hell would break loose.

Spoilers suggest that Bill might soon start wearing his sword necklace again on The Bold and The Beautiful. Moreover, he will start channeling his inner pirate and start creating new trouble for the ones who have crossed him wrong, Carter being on top of the list, of course. Bill will definitely not take kindly of having to witness Carter and Katie start a romance right after she turned down his proposal. Of course, Carter throwing warnings at him will be all the persuasion Bill will need to start planning a takedown. Perhaps, he may bring back to town a certain ex of Carter to complicate his new romance with Katie.

Further the spoilers suggest Bill will form an unlikely alliance on The Bold and The Beautiful soon! We wonder who it could be and whom they will target together! If you have any theories, please share them with us in the comments section. Also, how do you feel about Bill slipping back into old ways? Did you prefer him in his good boy avatar better? Meanwhile, stay tuned to CBS over weekdays to find out what happens next on the soap!