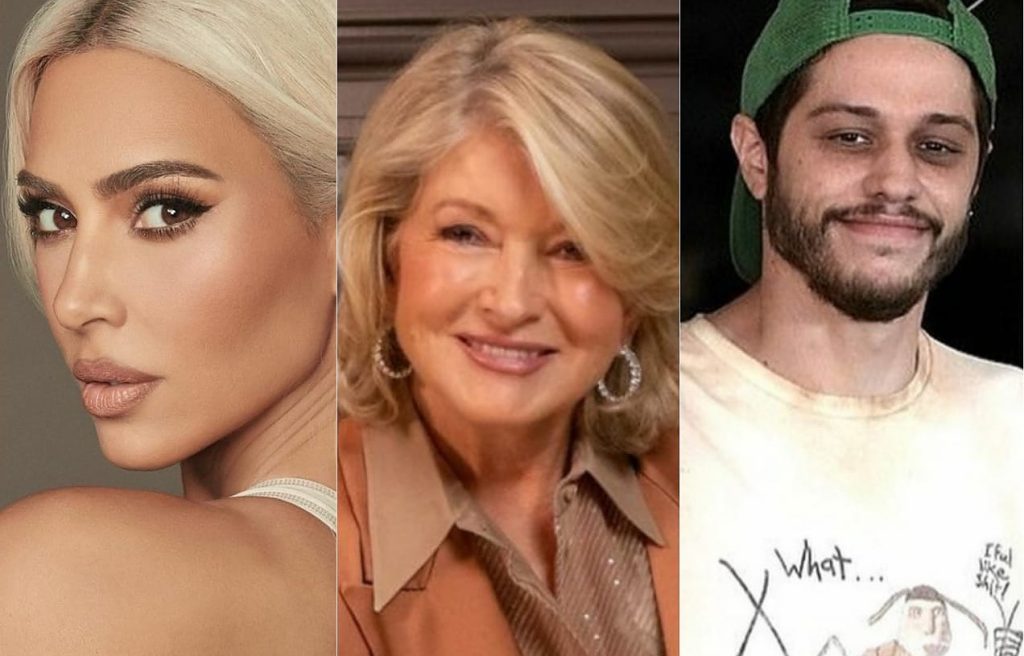 The Kardashians: Fans Blame Martha Stewart For Kim & Pete’s Break Up, Is She DATING Pete Davidson?

The unexpected romance between Kim and Pete has finally come to an end after nine months. Reportedly, the distance was the major reason for the Kardashians star’s breakup. The former Saturday Night Live host is in Australia for his upcoming movie. Meanwhile, Kim is busy co-parenting her four kids with her ex-husband Kayne. As Kete split their ways, fans speculate that she will rekindle her romance with her ex-hubby. Their breakup garnered a lot of attention. Everyone’s curious to know the real reason for their separation. Amid all, Martha Stewart is in the limelight for a strange rumor. Is she Pete’s new love interest? Keep reading to find out.

The Kardashians star Kim started dating Pete after her divorce from the rapper Kayne. The couple was deeply in love and made their relationship official via their Instagram account. Pete accompanied her to the dinner at the White House. Interestingly, they were joined by the 81-year-old television personality Martha Stewart. Davidson was pictured holding hands with the media personality while he posed with his now ex-girlfriend Kim Kardashian. As the three were posing for the cameras, the comedian held Kim’s waist with one hand. Whereas Martha held his other hand. Moreover, the couple also appeared in Martha’s Great American Tag Sale.

Stewart often paid visits to the Kardashians’ house, making fans wonder if she could be the next love interest of Pete Davidson. There are many memes on the internet where fans are talking about the new potential couple. However, Martha laughed off the rumors calling Pete her “son.” In an interview with DailyMail

, Stewart said that Pete is like her son, whom she never had. Moreover, she also noted that Kim and Pete were an incompatible match. However, she acknowledged they were cute together. Nonetheless, fans are still talking about Pete and Martha’s relationship.

Pete had been struggling with relationships for a long. He was previously engaged to Ariana Grande and briefly linked with several other beauties. However, he has never been in any serious relationship. After he broke up with Kim, fans wondered if he was in love with Martha. As the rumors are tickling around, the elderly celebrity took to her social media account to share her nude picture from the cover page of a magazine.

Stewart was flaunting her body. In the caption, she was asking her fans whether they remembered that picture. She was looking gracefully beautiful. However, fans jumped into the comments teasing the Pete angle. Recently, Kim Kardashian revealed that she felt the comedian was too young for her. Age was the major issue in their relationship, and fans now like him with another woman much older than him. Meanwhile, the SKIM founder is also a part of patch rumors with her husband. She was spotted spending more time with Kanye, and the beauty mogul was also seen promoting his brand.