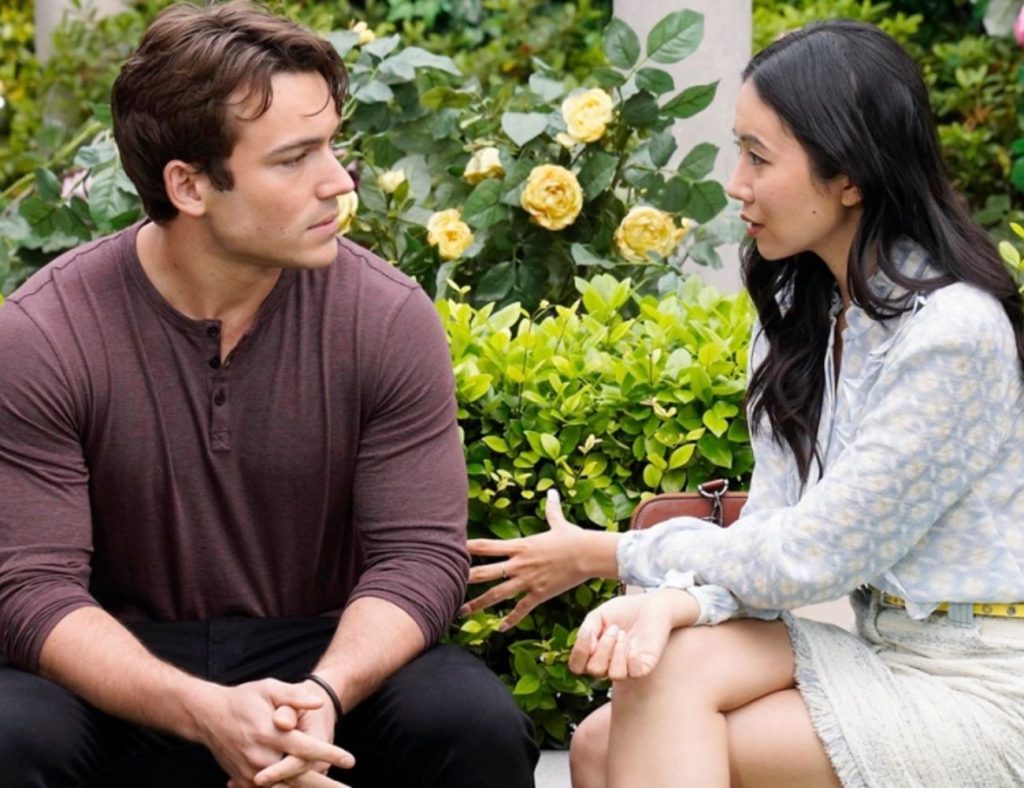 The Young And The Restless: Allie And Noah Break Up As Audra’s Seduction Works Magic

Ever since Audra came to Geona City on The Young and The Restless, she has had her obsessive eyes set on Noah. Previously, a once hardened Noah softened towards her after she told him of her miscarriage. Noah felt guilty about having unknowingly left her right around that time to deal with the mess alone. Spoilers suggest that Audra is going to take full advantage of Noah’s guilt and attempt to seduce him. Considering that Zuleyka’s first intimate bedroom scene is to be telecasted soon, we can assume she will succeed. Where will that leave Noah and Allie? Will He break up with her to be with Audra? Or will Allie dump him when she finds out?

Noah seems to have misinterpreted Audra’s moves massively on The Young and The Restless. The young Newman lad thinks that Audra wants an apology from him. Which he wishes to big her wholeheartedly, as he feels he does owe her one. However, spoilers suggest Audra wants more than just an apology from Noah, she wants ALL of Noah! In the upcoming episodes, Audra will switch on her seductress mode and go full siren on Noah. She will pull him in for a kiss, and for a few moments there, Noah will melt right in and kiss her back. However, good sense will prevail, and he will pull back, telling Audra firmly never to try it again.

Later, Noah will feel torn between telling and not telling Allie about the kiss on The Young and The Restless. While he will be tempted to sweep it under the rug, he will eventually choose to do the right things. Noah already had a terrible relationship previously with Audra. He will certainly not want to repeat old mistakes. Thus, he will confess to Allie about his kiss with Audra. Allie will be truly heartbroken by Noah’s act. She will feel betrayed and cheated. Allie and Noah have had a very stable, positive, and transparent relationship so far. Some things like this could really shake the foundations of their relationship. Will Allie forgive Noah’s transgression?

Spoilers suggest that while Allie will be shaken and heartbroken by Noah’s betrayal, she may choose to forgive him. The fact that Noah stopped Audra’s attempts and told Allie the truth on The Young and The Restless will win him some grace points. Allie will be more furious at Audra than she will be at Noah. Thus, we can expect to see an epic confrontation between the two women in the upcoming episodes. While Allie will only be defending her relationship with her man, Audra might take this as a personal attack and challenge. She may start feeling even more driven to get Noah into her bed for more than one reason now. The latest is, to get back at Allie.

Also, the fact that this time it all stopped at a kiss, the promised steamy scene is yet to come on The Young and The Restless. So we can assume that Audra will pull up her socks and go in all guns blazing the next time. Chances are, Noah won’t be able to resist Audra’s second attempt and give in to old passions. Audra will obviously make sure that Allie finds out. While Allie may have forgiven Noah’s first mistake, there is no way she will forgive him for getting into bed with Audra. So it really does look like Allie and Noah’s relationship is in big trouble. Stay tuned to CBS to find out what happens next on The Young and The Restless.