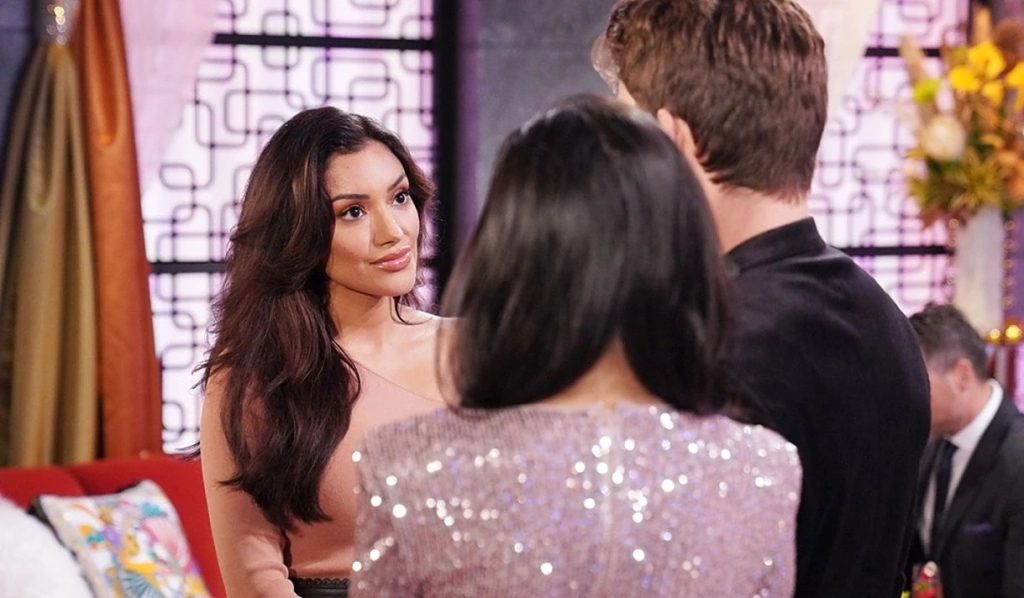 The Young and the Restless recap for Thursday, October 6, 2022, we saw Noah and Allie get into an argument because Noah got annoyed at her. Noah was upset after his conversation with Audra. Later, Noah apologized to Allie and confessed Audra was his toxic partner. Allie and Noah danced and made up.

Nick and Sally talked about their relationship and decided not to give it a name at the moment. Meanwhile. Tucker arrived unannounced, and Devon was upset. However, he agreed to meet Tucker over dinner. They ran into Abby, who warned Tucker and asked him to stay away from Ashley and her son. Devon insisted it would take some time to become a part of each other’s lives again.

In this episode of The Young and the Restless, we saw Noah interact intensely with Audra Charles and snap at Allie when she questioned him about it. Later, Noah apologized for his short temper and admitted Audra was the toxic ex he broke up with in London. Noah assured Allie he was over it and only loved Allie now.

Furthermore, Noah decided to apologize to Audra and make amends with her. Allie watched as Noah and Audra had a civil conversation next to her. Speaking of couples, Sally was concerned about her relationship with Nick. She wanted to know where they were headed as a couple. They discussed whether they should risk it and be together or if they should stick to their professional relationship.

The Young And The Restless Recap: Nick & Sally Have A “Situation”

However, defining the relationship could ruin the nature of their relationship. They decided to let things go with the flow and decide how serious they were. Nick insisted, whatever the relationship was, he liked it and wanted to be a part of it. Noah approached Nick and asked him what was up between him and Sally.

Nick said it was a “situation” with no name and assured Noah he knew what he was doing. Noah knew Sally’s history

with Summer and wanted Nick to be mindful of that. Noah brushed it as the past and did not bother about it. Later, Allie joined Noah, and they shared a dance. Audra stole glances at Noah, and it seemed like she was jealous.

Billy invited Lily and Devon to join him in this episode of The Young and the Restless. Tucker arrived, and Devon was annoyed to see him out of nowhere. Tucker insisted that informing his arrival would have led to Devon giving him a miss. Devon denied this accusation and agreed to have dinner with Tucker.

Later at Society, Billy told Abby all about Tucker crashing Summer and Kyle’s vow renewal. Abby was furious to learn about Tucker’s return to Genoa City. She confronted him when he showed up with Devon. Furthermore, she warned him to stay away from Ashley and her son while in the city.

After Abby left, Tucker told Devon about his thrilling adventure where he wound up in a hospital after a racing accident in Monte Carlo. Furthermore, Tucker wanted to rebuild his relationship with Devon, but Devon insisted it would not happen over one dinner. Later, Devon warned Tucker and asked him not to interfere with Ashley and Abby. The Young and the Restless airs on weekdays on CBS. Stay tuned with TV Season & Spoilers for the latest news and updates.