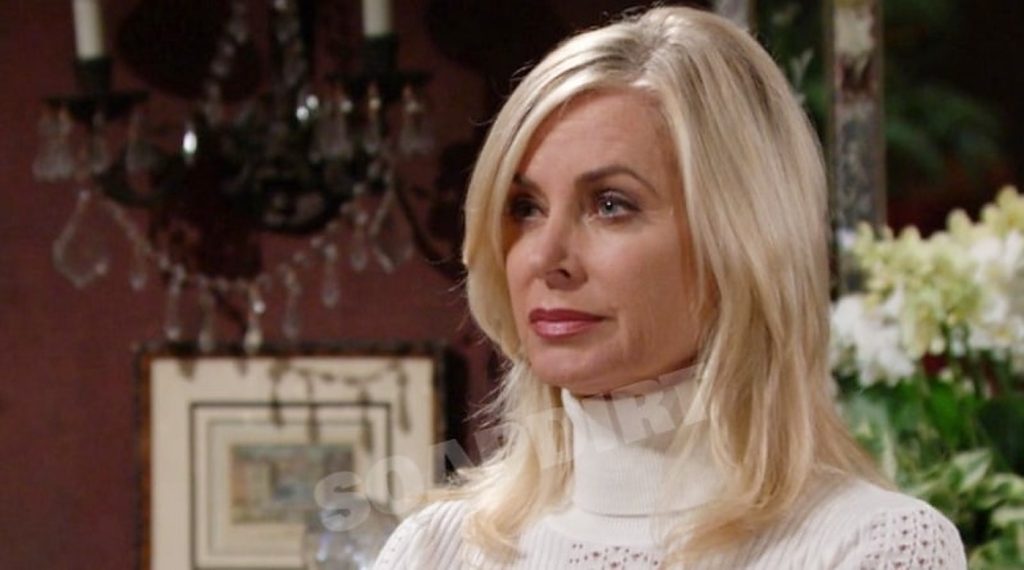 The Young And The Restless: Ashley Gets A New Romance, Tucker’s Return Leads Renewed Romance

The Young And The Restless spoilers tease that Ashley’s past will come to haunt her. That past is none other than her ex Tucker McCall who returned to Genoa City. Once Tucker starts wanting Ashley back in his life, what will she do? Will she completely ignore him and move on, or will Ashley forgive Tucker and get back together? Let’s read the entire article to know what might happen in such situations.

Tucker Is Back in Genoa City, Wants Ashely Back In Life

In the previous episodes of The Young And The Restless, we saw how Tucker had a dramatic, heroic entry from a helicopter. Well, fans know that Tucker is nowhere to be considered a hero. Maybe a villain? Well, yes! He is. The Young And The Restless spoilers hint that Tucker will want to get back together with his former flame Ashley. Now, when she learns about Tucker’s wish, Ashley will have to make some important decisions. One that tops the list is – whether to return back to Genoa City in the first place.

Right now, Ashley is stuck in France, and due to that, she wasn’t able to attend Summer and Kyle’s renewal ceremony. Good for her, she did not have to witness her ex’s dramatic entry and eventually bump into him. Back to Tucker, when he shows interest in getting back with Ashley, Jack might urge her to stay in France and not come to GC.

However, other spoilers already hinted that Ashley would cross paths with Tucker. So, there is no doubt that Ashley will listen to Jack. Sooner or later, she is going to fly back to GC as she herself might want to talk face-to-face with Tucker. Will she accept Tucker’s wish and go back to her traumatic life? Tucker and Ashley had an extremely toxic marriage. Coming out of it in itself was a big blessing. Will Ashley try to go back into that dark pit? Let’s see what’s in her mind.

The Young And The Restless Spoilers: Ashley-Tucker Renew Their Relationship? Is Ashley Pretending?

Further on The Young And The Restless, once Ashley comes to Genoa City, she will cross paths with Tucker. No doubt, she will be rattled, and all her past traumatic memories will come rushing. Regarding Tucker’s wish to get back, Ashley might have to do some serious plotting. Looks like Ashley won’t spare Tucker this time. His weak point is none other than Ashley, since she knows it, she will use it in her favor.

Chances are there that Y&R writers might give Ashley-Tucker’s storyline a spin similar to that of Victoria and Ashland. Even though Victoria didn’t forgive Ashland, she purposely pretended to forgive him just to take revenge. If Ashley does the same, it won’t be a surprise at all. As for now, Tucker is fully surrounded by his enemies, and he is surely going to make a mess. Not to mention, he already has started pissing Jack off. So, this will be the right time for Ashley to make Tucker taste his own medicine. We will have to see how Ashley accepts to be back with Tucker without him suspecting her motives. The Young and the Restless airs every weekdays on CBS. For more updates and spoilers, visit our website, TV Season & Spoilers.