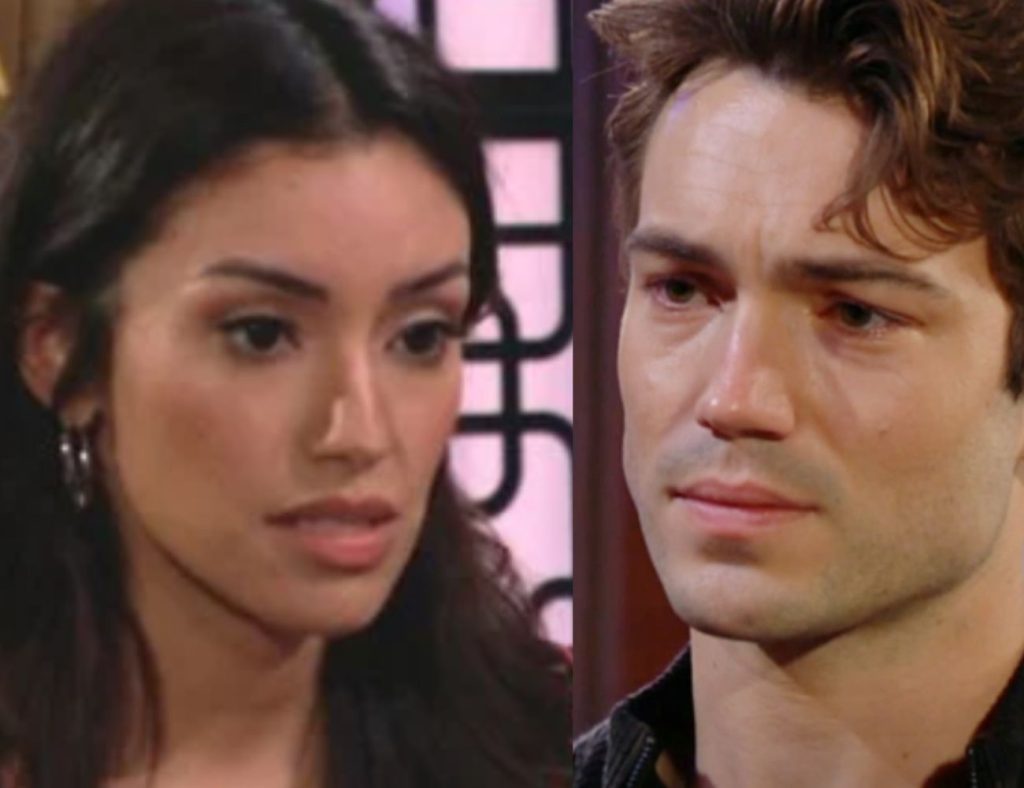 The Young And The Restless: Audra And Noah Land In Bed Together, Real Baby ON THE WAY

The Young and The Restless is about to set the temperatures soaring! Readers might remember we reported in October 2022 that actress Zuleyka Silver had opened up about an upcoming love-making scene for her character, Audra Charles, on the popular CBS soap. Seems like the day to witness it is finally upon us! While earlier we didn’t know who her partner in bed would be, now it won’t be a stretch to say that it is going to be Noah Newman! But, he’s happy with Allie? You may wonder! Don’t worry, we have all the answers for you! Keep reading to find out how Audra and Noah may land in bed.

Ever since Audra Charles set foot on the soil of Geona City, an air of mystery had surrounded the young woman. While on paper, she arrived as an executive to represent Chancellor-Winters

, her real agenda seemed different on The Young and The Restless. Soon enough, the truth about her being Noah’s ex-lover came to light. However, things just did not end there. Recently, she revealed to Noah that she was, in fact, pregnant when he left her. Moreover, she shared that soon after he left, she suffered a miscarriage.

Noah was visibly shaken upon hearing the truth. Not only had he abandoned her while she was pregnant. She even had to go through the ordeal of handling and recovering from her miscarriage all alone. Guilt-ridden by this revelation, Noah tearfully hugged Audra and apologized for what he did. While it is hard to say whether or not she is telling the truth, Audra has won Noah’s sympathy and carved a soft corner in his heart. Is this what she will use as a way back into his life? Let’s find out!

Noah’s Sympathy Lands Him In Bed With Audra, Baby On The Way?

Noah and Allie have had quite a stable and healthy relationship right from the beginning of The Young and The Restless. However, the first jolt to their relationship was felt when she witnessed Noah and Audra hugging right after Audra told him the pregnancy truth. While it is possible that Allie will initially ignore the embrace upon Noah’s behest, it sure will plant the seed of doubt in her mind. Perhaps, that’s all Audra will need to rip Allie

out of Noah’s life and take up her place. It sure looks like she is not just smitten but possibly obsessed with Noah.

While Noah was initially being frigid with Audra, upon hearing her tragic tale, he melted right into her arms. Thus, it will be rather easy for Audra to seduce a softened Noah into bed with her. But why would she do that? You may ask! Perhaps, to replace the baby she lost! Or, maybe she thinks if she can get pregnant with Noah’s baby, she can have a happily ever after with him. Now that they are on friendlier terms, she might just get him all drunk and then seduce him into doing the steamy with her. We have seen this go down too many times on The Young and The Restless to reject the possibility.

What do you think? Is Audra going to succeed in her plan of getting close to Noah again? Assuming that she is telling the truth about her pregnancy and miscarriage, would you like to see her and Noah together as a couple? Please share your views in the comments below. Meanwhile, stay tuned to CBS over weekdays to find out what happens next on The Young and The Restless.