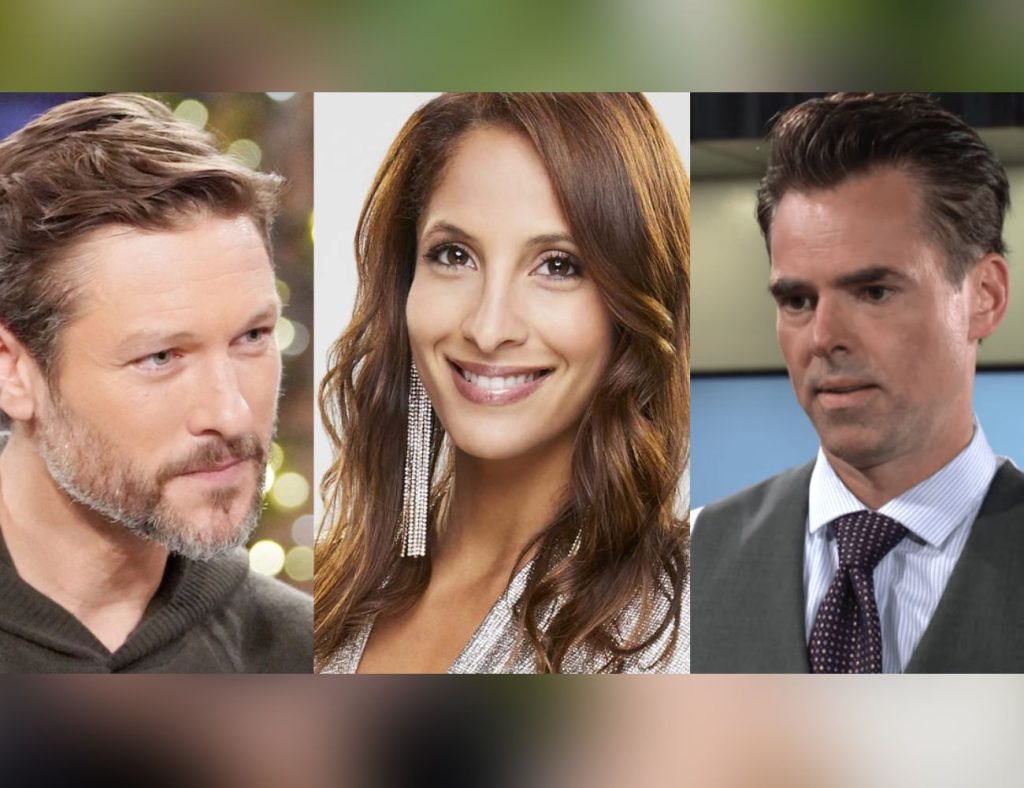 The Young And The Restless: Billy And Daniel Fight For Lily, Who Will Win?

Lily has been feeling down in the dumps off late on The Young and The Restless. While, Billy boy did good by saving Chelsea and standing as rock beside her, his acts of honor have burned a hole in his relationship with Lily. The latest Y&R spoilers suggest that after feeling sidelined by Billy, she may be enthusiastic about ex-flame Daniel’s attention! If that happens Billy will surely take note! So are we about to see a new battle between Billy and Daniel to win damsel Lily’s favor?

Ever since Billy Abbott saved Chelsea Lawson from taking the leap from the terrace, he has been around her like her Knight. Billy has made it his one-point agenda on The Young and The Restless to pull Chelsea out of her funk. So much so that he doesn’t seem to even care that it’s almost starting to cost him his relationship with Lily. Despite Billy’s sketchy past, Lily had so far never shown any signs of doubts or insecurities regarding her relationship with him. However, things changed when Billy started to get too close to Chelsea all over again.

Lily understands that Chelsea needs help, but she also sees that there are a lot of other people rallying around her. So, it doesn’t make sense to her as to why Billy needs to be with Chelsea ALL the time. Recent The Young and The Restless spoilers suggest that Billy will confront Lily thinking that she told Chelsea to back off from him.

However, Lily will vehemently deny doing so. Billy will accuse Lily of acting out due to becoming insecure and jealous. Lily being innocent, will tell Billy off. Will this face-off be the beginning of Billy and Lily’s end? Will Lily end up seeking solace in the arms of her ex-flame? Daniel Romalotti just returned to GC! The timing certainly is perfect!

Billy and Lily’s latest faceoff over Chelsea will surely leave Lily with a bad taste on The Young and The Restless. She is on her wits ends with Billy, not only is he being MIA in their relationship, he has also done her no favors at work. On the other hand, ever since Daniel returned, he has made solid ground with Lily. He is proving himself to be completely reliable and dependable as opposed to flakey Billy. This is something Lily will surely appreciate, and continue to warm right back to Daniel. Although, things are strictly friendly between the two ex-lovers right now, as neither have tried to cross the line.

However, it never takes too long for friendships to turn into something spicier on The Young and The Restless. Lily is feeling on the fence about Billy and Daniel, in the highest probability, being single again. He may not have said it in those many words, but chances are that his relationship with Heather has gone poof. Thus, setting the stage perfectly for some old feelings to resurface for these ex-flames. Besides, when Billy gets wind of Lily and Daniel hanging out, he may become the ones getting jealous and insecure. So we can expect to see a battle between Daniel and Billy for Lily!

If that happens, whose side will you be on? Team Billy or Team Daniel? Please share your views with us in the comments below. Meanwhile, stay tuned to CBS over weekdays to find out what happens next in the lives of Lily, Billy and Daniel on The Young and The Restless.