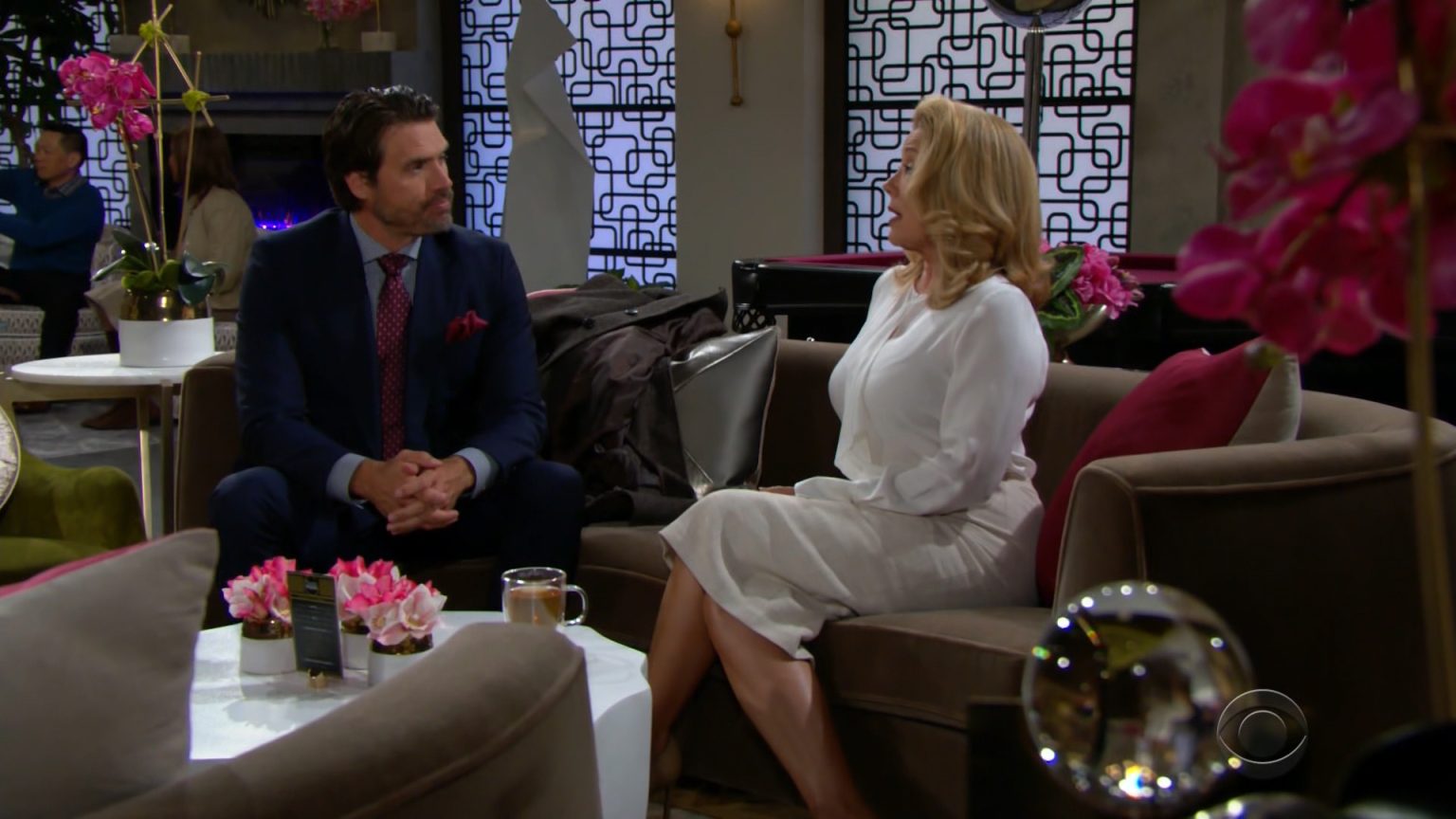 The Young And The Restless Spoilers For December 15, 2022: Noah Makes A Confession, Nikki Warns Nick

The Young And The Restless spoilers For December 15, 2022, promise a power-packed episode that won’t even let you blink! Nikki Newman will once again approach her son, Nick, with a warning against Sally, will Nick pay any heed? Meanwhile, Noah Newman will have a confession of his own to make to Allie, it will leave her shaken. Chelsea, on the other side of the town, gets some unexpected help in her recovery from her mental breakdown earlier. Stay with us, as we take a deeper look into what is about to go down in the upcoming episode!

The Young and The Restless spoilers for December 15, 2022, reveal that after much contemplation, Noah will decide to do the right thing after all. Audra Charles tried to reel Noah into her trap by kissing him. However, Noah nipped her seduction attempts right in the bud. He was confused about whether or not to tell Allie about the incident with Audra, as he didn’t want to rock their love boat. Eventually, good sense has prevailed, and Noah will tell Allie the truth as he wants to maintain the trust and transparency of their relationship. It will be interesting to see how Allie reacts to the news. Will Noah’s honesty be rewarded, or will Allie lose trust in him? Stay tuned to find out!

Elsewhere, on The Young and The Restless, Chelsea is still trying to pull herself back together and move forward in life. She has shown a lot of strength and made progress in recovery and amends. Spoilers indicate that she will now get some more formidable help from Sharon! While Chelsea has indeed come a long way, there is still a lot more to get done. Perhaps, Sharon will help Chelsea connect with her sons in a healthy manner. Adam too is still circling Chelsea, ready to help, he will propose to her some plans for Christmas. Will Chelsea accept? Keep watching The Young and The Restless to find out!

The Young And The Restless Spoilers: Nikki Warns Nick Against Sally Again

It has started to seem like the entire Newman clan has rallied against Sally Spectra. First, Victoria Newman fired Sally from Newman Media to keep her away from her brothers, Nick and Adam. Then, Summer too let her father know how much she despises his growing fondness for the Spectra lady. Nick’s mother, Nikki, had already had a talk with him regarding his interest in Sally. However, none of the above deterred him from the path of pursuing Sally. The Young and The Restless spoilers for December 15, 2022, suggest that Nikki will once again approach Nick over the matter.

Although, this time round, her warnings will be much more potent than before. Spoilers suggest that Nikki will go to the extent of telling Nick that Sally is huge bad news, and he will soon come to repent the day he first set his sight on her. However, given that Nick is a totally smitten kitten over Sally, all the warnings are going to fall on deaf ears. After all, the man has even started to work his way through getting over Sally’s lovemaking with Adam! We can’t wait to see how things unravel in the upcoming episode! Stay tuned to CBS to catch the next episode of The Young and The Restless. Y&R airs on CBS all weekdays. Don’t miss the action.