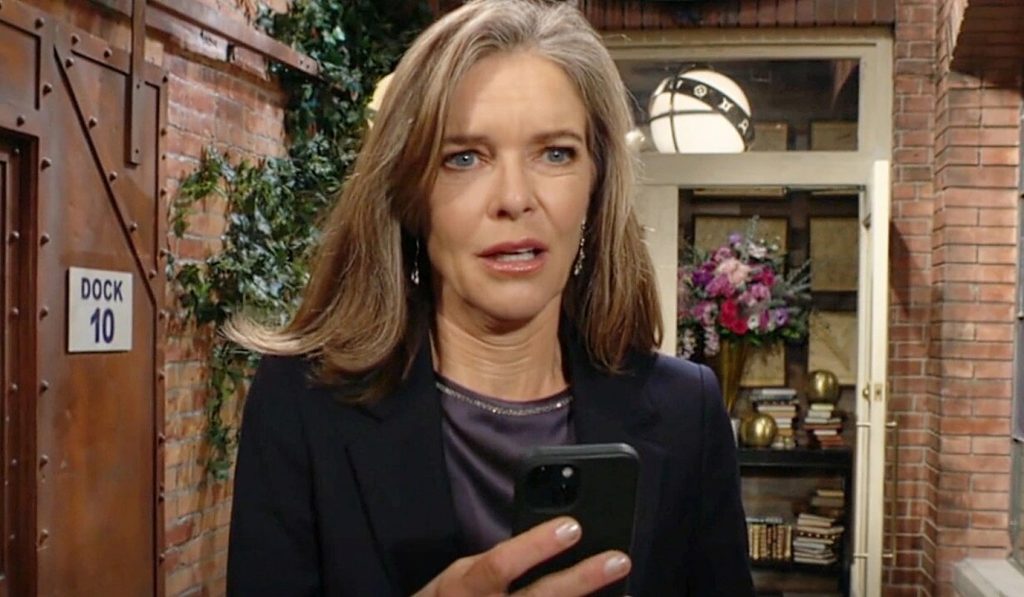 The Young And The Restless: Diane PAYS For Her Deeds, Gets ARRESTED!

The Young And The Restless spoilers tease that Diane might get arrested soon. It might be Tucker who takes revenge and gets her arrested. Since Ashley is trying to keep the door open for Tucker, he might do this to help Ashley get what she wants. Anyways, Jeremy is also making the debut. So, could he be the one to help Diane? Keep reading to know what might uncover in the storyline with Diane.

With all the investigation and digging of information done by Nikki and Phyllis, Diane was already pissed off with them. However, Tucker’s heroic entry added to it. The Young And The Restless showed how stun Diane was to see her partner-in-crime crashing at the wedding.

When she saw Tucker, she knew that he would certainly won’t spare her. Likewise, Tucker started blackmailing her with her past. On October 25, 2022, episode, when Tucker was pissed with Diane, he even called her a liability. Given how clever Diane is, when she sensed things were going in the opposite directions, she cleverly came clean to Jack. She confessed her connections with Tucker to Jack.

Although she preaches of being a changed person, fans know that it is far from reality. Diane can stoop to any lengths if she wants something or someone. And in here, she is hell-bent to get back with Jack and Kyle. So, her main priority is to throw Phyllis from Jack’s life. However, while confess ing to Jack, Diane will portray herself as a victim. She will show how much sacrifice she has done to come here. Coming back to Tucker, he is blackmailing Diane. The real question is: What will happen when Tucker exposes Diane?

Fans know that Nikki and Phyllis are plotting to keep Tucker under their control through Ashley. What if Tucker tries to impress Ashley by getting under Diane’s skin and exposing her? That will be like a jackpot to the trio. So, once he exposes her, what will be his next move? Let’s discuss what might happen next.

Given how desperate Tucker is to get back with Ashley, it won’t be a surprise to see Tucker stoop low for that. The Young And The Restless spoilers tease that chances are there if Ashley wants Tucker to go against Diane, he will surely do it. Chances are there that Tucker might even get Diane arrested for her past deeds.

As for now, Tucker is unaware of Ashley’s motive to be flexible with his wishes. He doesn’t know that Ashley, Nikki, and Phyllis are working to takedown Diane. Since Tucker is also against Diane, he might choose to impress Ashley by locking up Diane in prison. In the meantime, Diane has already projected herself as a victim. So, Jack and Kyle will surely come to help her out. Chances are there that this arrest might actually be in favor of Diane if Jack and Kyle come to save her. While trying to save Diane, the trio might even come closer.

Y&R already confirmed that James Hyde is set to reprise his role as Jeremy Stark. Since he also has a brief history with Diane, it will be interesting to see how he adds on to the story. Will he come to help Diane or to destroy her even further? Whatever the case, Diane might soon get arrested if Tucker decides to take revenge. The Young And The Restless airs every weekday on CBS. For more updates and spoilers, visit our website, TV Season & Spoilers.