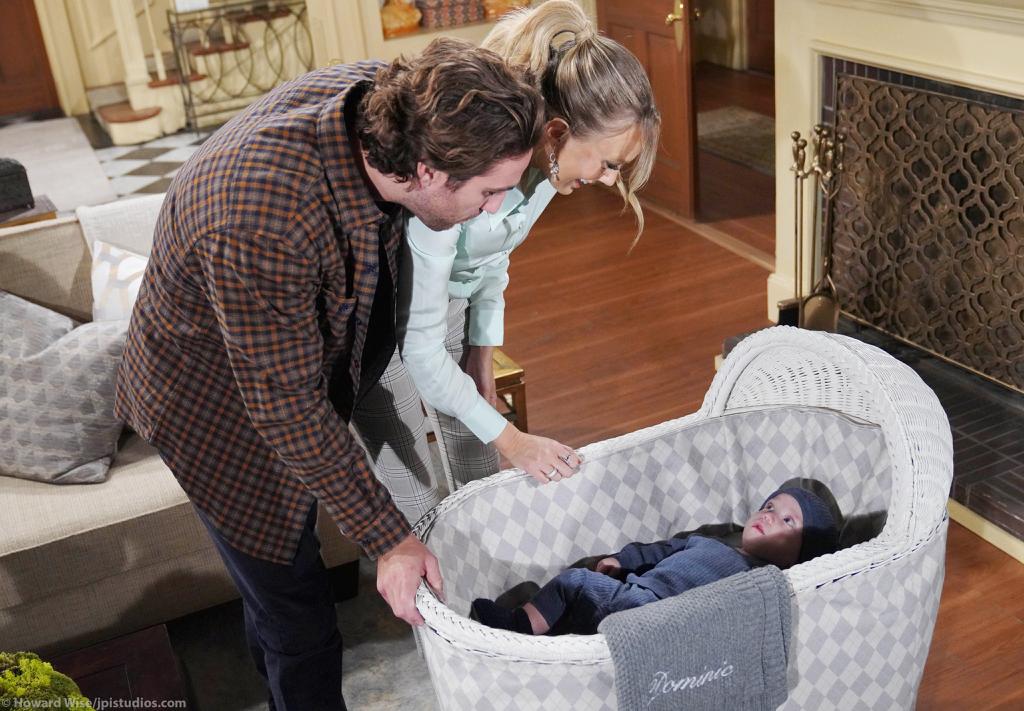 The Young And The Restless: Dominic Is Sick, Rushed To The Hospital

The Young And The Restless spoilers reveal that things are going to change at the penthouse in the coming weeks on the soap. The viewers might expect trouble brewing up for Abby, Devon, and Chance.

The speculation is that Dominic might be diagnosed with some health complications in the upcoming weeks. And he will be rushed to the hospital, leaving Devon, Abby, and Chance in a nerve-wracking situation. Nate Hastings might come and help the parents of the baby. He will call a specialist to cure Dominic. What would happen next? Keep reading to find out.

The Young And The Restless: The Struggle Continues

The Young And The Restless spoilers reveal that Dominic will soon be diagnosed with some health-related complications. His condition will leave everyone around him concerned. Viewers know that Abby is already gone through a lot since the new shared custody agreement. And now her baby might actually have some serious health issues. While we don’t know how consequential the health condition is, it will be enough to leave Devon, Chance, and Abby a nervous wreck.

Furthermore, viewers might also witness some unsettling news coming up in Genoa City. Abby and Devon will be completely heartbroken if their Dom suddenly gets ill. The Young ANd The Spoilers suggest that this news could bring some changes to the new shared custody agreement. It is one thing to ask for overnight visitations and meetings with Dominic, but it is another thing to let Devon make decisions about Dominic’s medical treatment.

This could bring up more drama when they don’t agree on the same decisions. There are also chances that Devon might have a different perspective on things than Abby and Chance. Regardless, Dominic will be taken to the hospital. The hospital scene might happen offscreen if the show doesn’t want to bring the hospital setting.

The Young And The Restless: Nate Comes To Help

When Dominic suddenly falls ill, both Abby and Devon will try their level best to get their child the best facilities. Moreover, Nate being a doctor, will take up the charge for Devon’s sake. Once Nate realizes how serious Dominic’s condition is, he will find the best specialist for him. Nate will try to do everything in his power to get Dominic the best treatment possible. Given the circumstances, this might bring Abby and Devon closer

, and they will fight this together for Dominic.

What Happens To Dominic Next?

When Dominic’s medical condition worsens, it will leave everyone around him distraught, especially Abby and Devon. They both have been the parents that every child deserves. Abby and Devon will feel devastated and broken if something were to happen to Dominic. While Nate will try to help them with the best treatment, there is a slim chance that Dominic might not end up in good shape, which will leave his parents and family troubled.

Viewers might also see that since Chance doesn’t connect with the baby much, it will lead to Abby and Devon getting closer than ever due to the grief and pain of their only child. If Abby and Devon come closer, this could also create insecurity issues for Chance.

It looks like Y&R is brewing up trouble surrounding Dominic and his family. What will happen next? Only time will tell. Until then, stay tuned. The Young And The Restless airs on CBS all weekdays. Don’t miss the action.