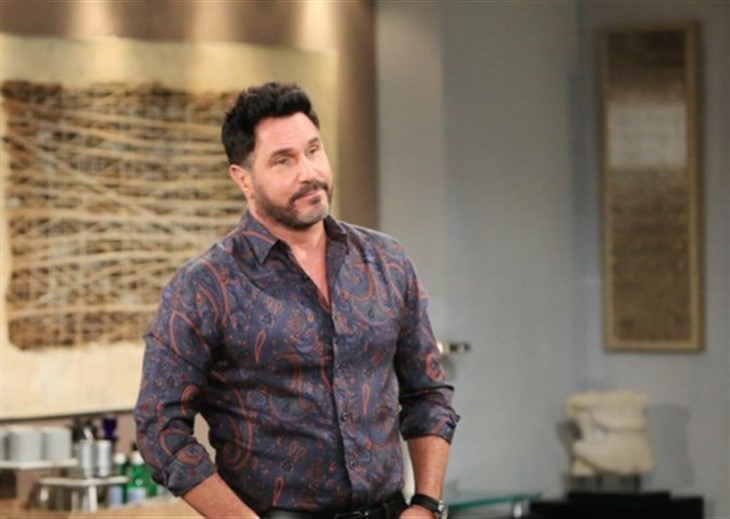 The Young And The Restless: Eileen Davidson Wants Brad To RETURN! Could Don Diamont Be ON HIS WAY BACK?

The Magnum Opus Soap Opera, The Young and The Restless, recently kick-started its 50th season. And, the celebrations for their big 50th anniversary are everywhere! From the stars of the show to fans on social media to entertainment portals, everyone has joined the celebrations in their own way! Recently, three leading ladies of the soap sat down with Michael Fairman for a chat about the mega soap and their journey on it.

On October 6, 2022, Michael Fairman uploaded an interview on his Youtube Channel. The video features in conversation with him, three leading ladies of The Young and The Restless, Melody Thomas Scott, Eileen Davidson and Michelle Stafford.

The Young And The Restless: 50 Years And Counting!

Michael starts of his interview with introducing The Young and The Restless actresses as “iconic”. And thanks them for joining him in kick starting the 50 year celebration of Y&R. “Can’t believe it’s been 50 years.” He exclaims. “Melody, you started in 1979, did you think you would keep going for this long? “Michael asked. “Are you kidding me? No!” Melody exclaimed! “I was such a young kid, I thought I would be on it for three years.” She added.

Michael then went on to ask Eileen how long she thought she would last on The Young and The Restless. “Six months”, she jumped in laughing. Eileen joined the cast in 1982. Michelle Stafford shared that she joined the show in 1994 and it was supposed to be a six months gig. However, as Michael Fairman rightly pointed out. “Phyll is stirred the pot on the show.” And she was there to stay!

Melody and Michelle also had a good laugh about how for a change it was fun to work together on the same page. Referring to the current storyline where their character’s Nikki and Phyllis have joined forces to bring down Diane.

Michael Fairman asked the leading ladies of The Young and The Restless, which character they would want to bring back if they could. Eileen Davidson was quick to respond “BRAD! I wish Brad could come back.” However, she also added, “I know he is dead.” Oh! But don’t lose heart Eileen! When has being dead ever stopped someone from coming back in the soap universe? Incase, you are wonder ing what on earth is Eileen talking about, don’t worry, keep scrolling for a quick refresher!

Who Is Brad Carlton?

Brad Carlton entered The Young and The Restless in 1985 as the Abbott family’s gardener. The role was portrayed by actor Don Diamont. He also crossed over to The Bold and The Beautiful in the same role for a brief period. He quickly escalated up the social ladder when the insecure Abbott heiress, Traci, took an interest in him. They both dated a while then tied the knot. John Abbott made him the head of sales in his company.

However, the philandering Brad seduced many women while Traci was away studying. Eventually, leading to a divorce. But in true The Young and The Restless fashion, he tried to win her back. Traci’s sister Ashley (Eileen Davidson) played along and flirted with Brad to make Traci jealous and it worked. However, by then Brad and Ashley had fallen for each other. This was followed by a stormy love triangle between the three of them. Later, in 2009 Don Diamont’s journey as Brad ended on The Young and The Restless when Brad died while trying to save Noah Newman.

Well, writing this little blast from the past, made us a little nostalgic about Brad too! We wonder if the writers of the show would take the cue and find a way of writing Brad back into the show! We sure would love to see his handsome face and philandering ways back on The Young and The Restless. What about you? If you could bring back one character from the past, who would you choose? Please share your views in the comments! Also, don’t forget to tune in to CBS on weekdays to catch up with the new episodes of The Young and The Restless!