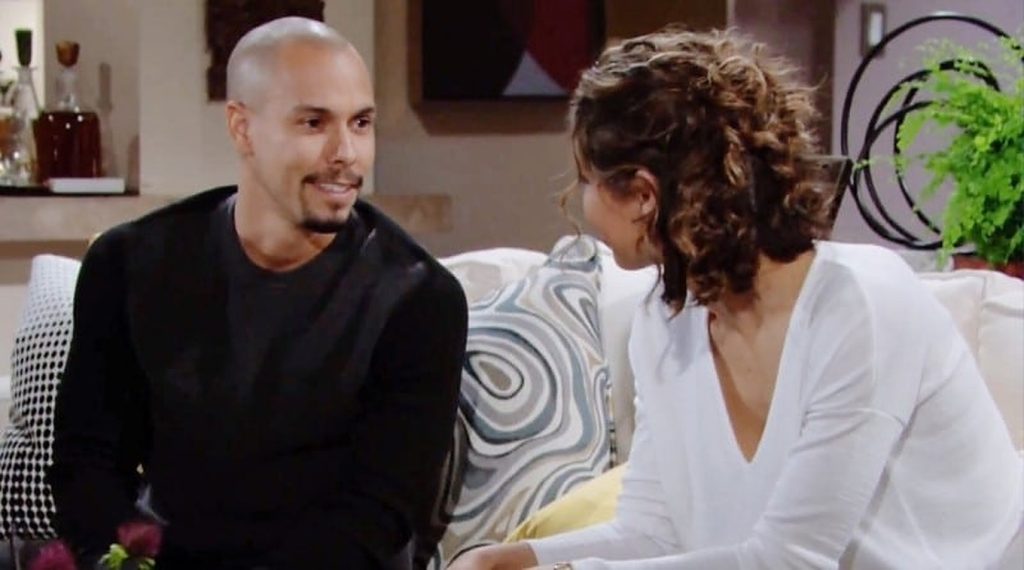 The Young And The Restless: Elena Feels Attracted To Single Devon, Reunion On The Cards

The Young And The Restless spoilers tease that Elena might feel attracted to Devon again after some clash with Nate. However, will Devon be willing to get back with Elena and give Nate a taste of revenge? Since Devon has feelings for Abby, how will the storyline pan out and put Elena and Devon in the same frame romantically? Let’s discuss how Y&R might come up with this scenario.

In spur-of-the-moment or real feelings, Devon and Abby hit the sheets but were also caught by their respective partners. The Young And The Restless showed how Amanda and Chance caught their partners cheating red-handed! At that time, Amanda did confront Devon right then and there. However, Chance chose to leave the place. As for Amanda, when she confronted Devon with his feelings, he was pretty clear about it.

Devon has already shared his ordeal on how he is struggling with his long-distance relationship. So, he did admit to Amanda that he does feel some sparks with Abby, and whatever happened, he is ready to take responsibility of it. Amanda and Devon’s relationship ended there. However, it wasn’t the case for Abby. She was regretting everything that had happened. She needed one more chance with her husband by Chance refused to give her.

Moreover, Chance knew that Devon was the right guy for Abby. The life she wants to live can only be fulfilled if Devon is there. Even though Chance has set Abby free, will she be willing to move on that faster? Doubt that. If not, then what about Devon, another heartbreak? Let’s discuss what might happen with Devon now.

The Young And The Restless Spoilers: Devon Is Single, Elena Takes Interest In His Single Status?

All this while fans might be thinking that Devon will get paired with Abby. However, chances are there that it might not be the case. The Young And The Restless spoilers say that Abby might be uncertain about her love life. Even though Chance will give her divorce, that certainly won’t allow her to move on in life that faster. It won’t be easy for Abby to move on from her broken marriage.

Now, that space might give Elena a chance to fill herself in Devon’s life. Fans know that Elena and Devon were ex-lovers. Even though Elena is with Nate right now, she certainly made it clear that she won’t promise him anything about the future. So, Elena may find that she is not meant for Nate and might eventually get attracted towards Devon’s single status. Not to mention, Elena and Devon could bond over their Nate grievances.

Speaking of Nate, he is already in Newman Media, and that company is Chancellor-Winters’ rival. Chances are there that Nate might go against Chancellor-Winters, and that might act as a base for Elena and Devon to come closer. Will Devon be willing to get back with Elena? If he does, that certainly will piss off Nate to a great extent. Stay tuned and watch The Young And The Restless on CBS. For more updates and spoilers, visit our website, TV Season & Spoilers.