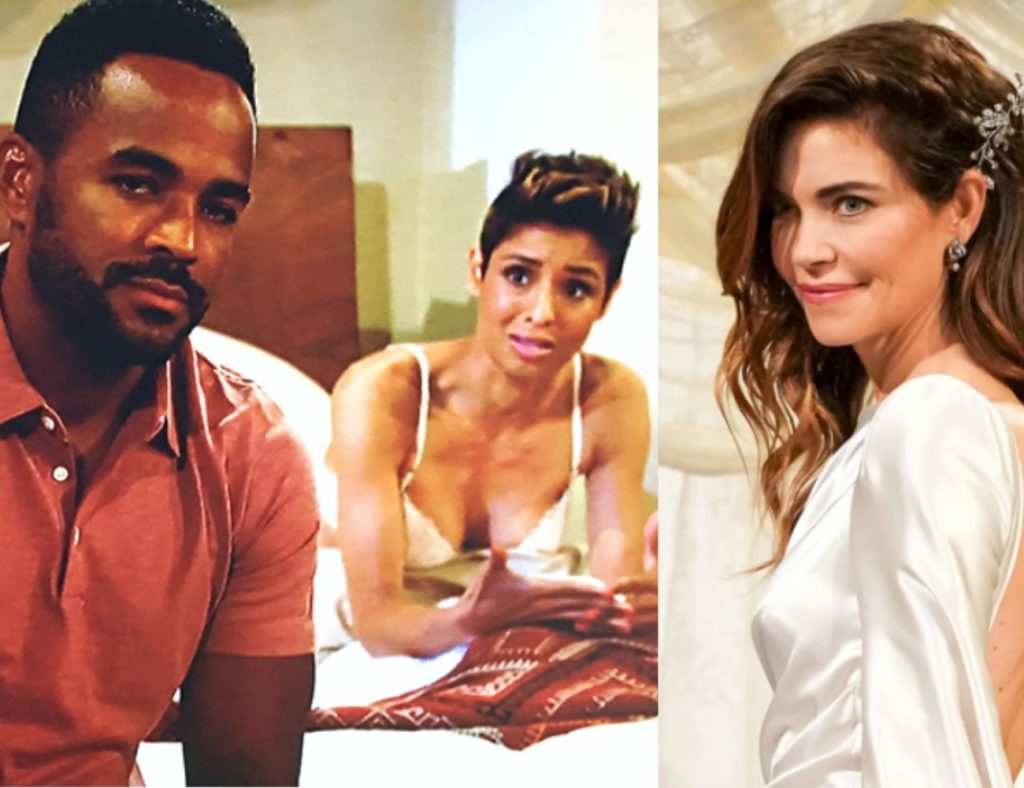 The Young And The Restless: Nate and Elena’s Reunion BLOWS UP! Victoria Gets CLOSE To The New CEO

Nate and Victoria’s takeover plans of Chancellor-Winters ended in failure on The Young and The Restless. However, the two of them surely gained each other’s friendship during the time they worked together scheming and plotting. Is there friendship about to take a more frisky turn? They sure seem to be fawning over each other a lot! But what would it mean for Nate and Elena? Their relationship is already on rocky waters, is it about to explode together?

Nate And Elena’s Relationship To Explode?

There was a time when Elena was all heart-eyed over Nate on The Young and The Restless. However, matters of the heart change too quickly on soaps. Similarly, Elena soon became miffed at Nate, given the various betrayals he has meted out in the recent past. Things became especially bad when Nate started working closely with Victoria to take over Chancellor-Winters.

However, not wanting to lose his lady love, Nate assured Elena that he is still the same man she fell in love with. He wants to live up to his words and come through for Elena. Although, history is proof that Nate has a habit of sabotaging his relationships with his loved ones. Remember, Lily and Devon! So, is Elena next to feel betrayed by Nate’s actions? Are we heading toward the end of Nate and Elena? Of course, there is also the matter of his increasing closeness to a certain Newman Lady! That can certainly become a catalyst in souring things between him and Elena.

The Young And The Restless: Victoria And Nate’s Office Romance!

It is no secret that Victoria and Nate really got along well during their conspiracies on The Young and The Restless! Agreed, their plan went kapoot! But they did gain each other’s friendship! Oh and Nate also gained the CEO position at the Newman’s. (Sorry Sally). Every time Victoria and Nate are together, their chemistry is unmistakable. The two just can’t stop gushing over each other! We wonder if these little trysts will take a much larger shape once they both start working under the same roof! Remember, Nick and Sally’s sparks? Looks like, we are about to get the sequel to that! Starring Victoria and Nate, this time around.

This could especially come true if Nate starts experiencing increased friction with Elena. He might start seeking solace in Victoria, after all, she truly has come to understand Nate quite deeply. Going by the pattern often seen on The Young and The Restless, it won’t take long for Victoria and Nate to hit the sheets if he starts to seek comfort in her arms for his broken heart! Would you be game if this happens? Do you like Victoria’s pairing with Nate? Share with us in the comments! Meanwhile, stay tuned to CBS over weekdays to find out what happens next on The Young and The Restless.