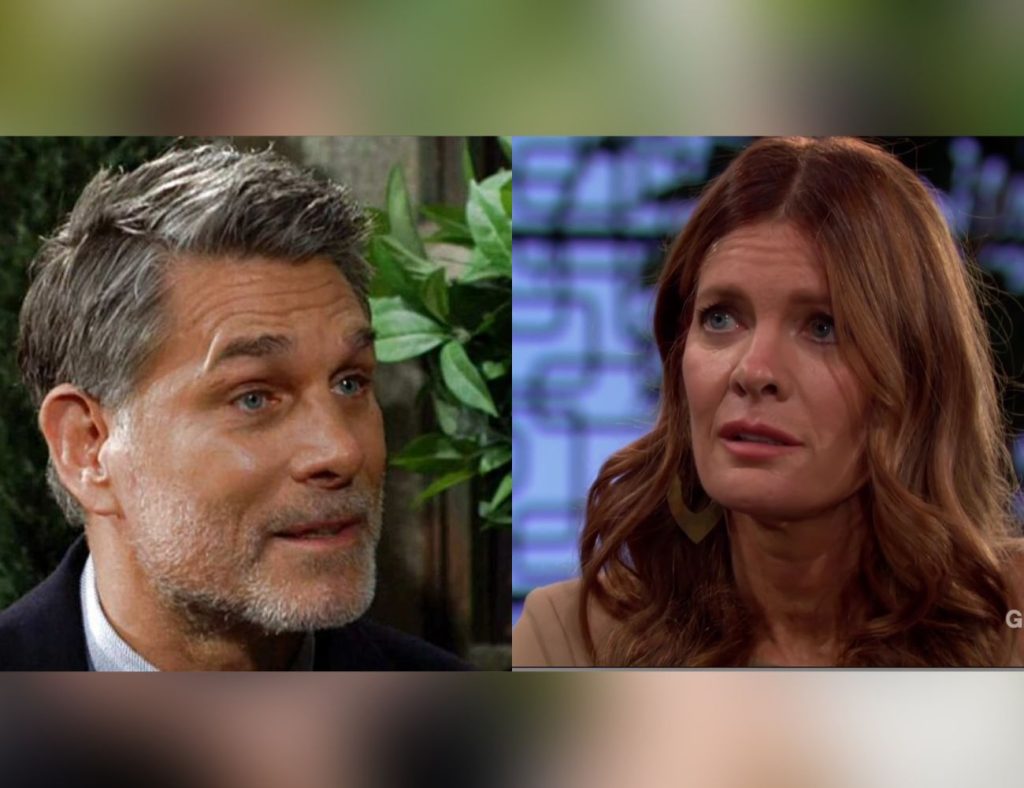 The Young And The Restless: Jeremy Changes Sides, Phyllis Lands In Danger

Phyllis has acted out blindly in vengeance on The Young and The Restless. While she may have momentarily succeeded in chasing Diane out of town to stay safe from Jeremy. Phyllis may have invited trouble for herself too. After all, cutting a deal with the devil never ends well! Does it? Getting nowhere in his quest against Diane, Jeremy might flip and target Phyllis instead! So, is Phyllis’s life in danger on The Young and The Restless? Keep reading to find out what can go down next on the CBS soap!

Jeremy Hits A RoadBlock With Diane Despite Phyllis’s Attempts

Phyllis’s vengeance brought a serious threat to Diane at Jeremy’s murderous hands on The Young and The Restless. Understandingly, Diane was petrified on seeing Jeremy standing face to face with her. However, Jack and Kyle stood beside her as unshakable mountains. Jack not only consoled Diane but also assured her that he will keep her safe from Jeremy. He even offered to pay Jeremy the money Diane owes him, but she refused. Moreover, she was concerned that Jeremy might want more payback than just money. After all, she did leave him to rot in prison while she cut a deal with the cops.

In an attempt to keep her safe from Jeremy, Jack and Kyle get Diane away on The Young and The Restless. Phyllis finally gets what she wanted! Diane has left Geona City, as Kyle took her away to safety to a secure cabin. However, Phyllis’s victory could get short-lived. When Jeremy first landed at Jabot to confront Diane, he also ran into Phyllis. While Phyllis refused to recognize him, Jeremy felt certain he had heard her voice before. But Phyllis brushed it off and got away. How long will it really take for Jeremy to realise that it was Phyllis who tipped him off? If he is all that he is being claimed to be, we assume not long! With Phyllis getting onto Jeremy’s radar and Diane dropping off it, we can smell trouble for Phyllis!

Jeremy Corner Phyllis On The Young and The Restless

Phyllis paid no heed to the warnings of Ashley and Nikki on The Young and The Restless, and it may prove to be her biggest mistake. Ashley and Nikki had warned Phyllis repeatedly and tried to dissuade her from bringing a hardened criminal against them. However, Phyllis was too furious and overconfident to see the follies of her plan. Never could she have fathomed that her guided bullet could bounce back to hit her! The latest The Young and The Restless spoilers seem to suggest just that! Jeremy Stark revisits Jabot, hoping to have another word with Diane. However, he realizes that Diane is nowhere to be found.

To his luck and Phyllis’s lack thereof, they bump into each other on The Young and The Restless. Phyllis is ashen to see Jeremy, but he seems pleased. Jeremy asks Phyllis if she has known where Diane is, she responds in negative. Jeremy then informs here that neither is she in her house nor at work. Phyllis feigns to have no knowledge of Diane skipping town. She insists that she is no friend of Diane and is not interested in her whereabouts. Jeremy, however, seems to have put two and two together and has realised that Phyllis indeed is the woman

who tipped him off. He asks her to accompany him to a secluded place, where they could speak more “privately”. This unexpected request shocks Phyllis.

Is she about to get into some serious trouble with Jeremy? The man surely cannot be trusted. If Phyllis crosses him, she will find her name written beside Diane’s in Jeremy’s revenge list. If she does go with him, she will certainly be putting her life on the line directly. Phyllis may have just unwittingly dug her own grave on The Young and The Restless! Stay tuned to the upcoming episodes of Y&R to see what happens next between Jeremy and Phyllis.