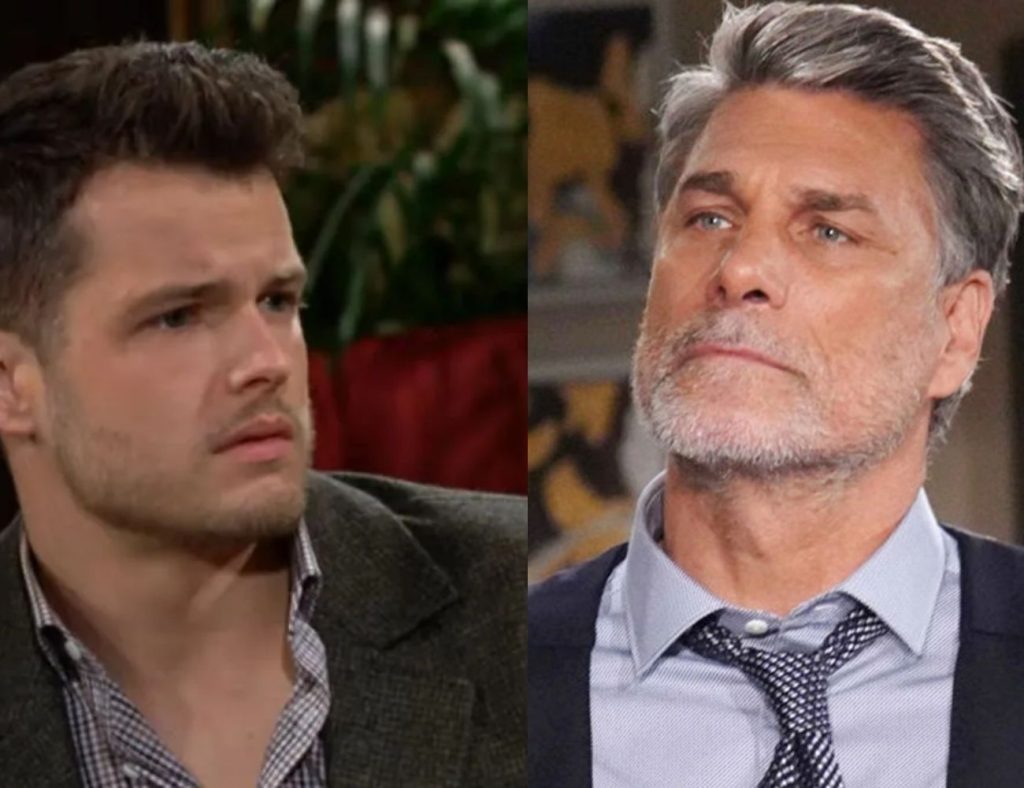 The Young And The Restless: Jeremy Wants PAYBACK! Plots To Kill Kyle

The Young And The Restless had been playing down Jeremy’s real personality for a while. Initially, Diane’s picture of her former criminal partner seemed quite daunting. However, when Jeremy appeared on the screen, in the flesh, he didn’t come across as sinister. It made us wonder if Diane was overestimating Jeremy.

However, the latest The Young and The Restless spoilers tease that if anything, we were underestimating him, and Diane was right all along! Now that Jack and Diane have outwitted him and sent him packing behind bars, he will strike back at them with full fury! Furthermore, Jeremy’s hit back might cost Diane and Jack something very dear. Keep reading to find out who is on the big bad wolf’s target!

Jeremy Returns For Revenge Against Jack And Diane

Ever since Jeremy Stark entered The Young and The Restless, he was posing an imminent threat to Diane. However, Jack was not willing to let Jeremy stand in the way of Diane’s reformed life. Therefore he tried to pay Jeremy off to walk away from Diane and his family’s life in Genoa City. But Jeremy declined the money. Finding no other way out of the mess, Jack and Diane plotted to take Jeremy down for good. They planned a heist to steal Nikki Newman’s prized necklace from the Newman apartment in Chicago.

The duo successfully pulled off the heist and framed Jeremy Stark for it on The Young and The Restless. Consequently, Jeremy was arrested for the crime and hauled away by Chance Chancellor to prison. This could have been the end of the story if Jeremy’s portrayer James Hyde was leaving. However, we know that James isn’t leaving just yet, his stint on The Young and The Restless was extended.

Thus Jeremy Stark will stick around Genoa City for a while longer. This means he won’t be staying behind bars for too long, and he will find a way out soon enough! During his arrest, he made it crystal clear to Diane that he would be back for revenge! So Diane and Jack better watch their backs, it’s not over yet!

Jeremy Stark Targets Kyle On The Young And The Restless

Jeremy Stark wasn’t quite living up to his real reputation till now on The Young and The Restless. However, Jack and Diane’s latest attack has punched him in the gut. The gloves will definitely be off now. So we can expect to see Jeremy unleash his full unadulterated fury on the CBS soap. It is only a matter of time before Jeremy finds a way to wiggle out of prison.

Hence, Jack and Diane’s sigh of relief is going to be short-lived. Up until now, Jeremy was being lenient with Diane; perhaps he was hoping that he and Diane could reunite. But that’s not the case anymore. He knows Diane tried to actively hurt him. Obviously, he would want to do the same now. Moreover, he would now also want to cause harm to Jack.

And what better way to do that than by hurting someone they both deeply love on The Young and The Restless? We know the only two people Jack and Diane both love unconditionally are, Kyle and Harrison. Hence, it would make sense for him to choose one of them as his target. But we really can’t seem to digest that The Young and The Restless would show Jeremy causing irreparable harm to a little child. Thus, it’s most plausible that Jeremy will plot to KILL

Kyle to get revenge on Jack and Diane. But will he succeed? Maybe he will be able to get as far as landing Kyle at the hospital.

Diane and Jack would be shattered to watch their son battle for life. However, there is no news of actor Michael Mealor exiting the soap, so it’s highly unlikely Kyle would die in the attack. But hey, this is The Young and The Restless we are talking about, so you never know! Stay tuned to CBS over weekdays to find out Jeremy Stark’s next lethal move!