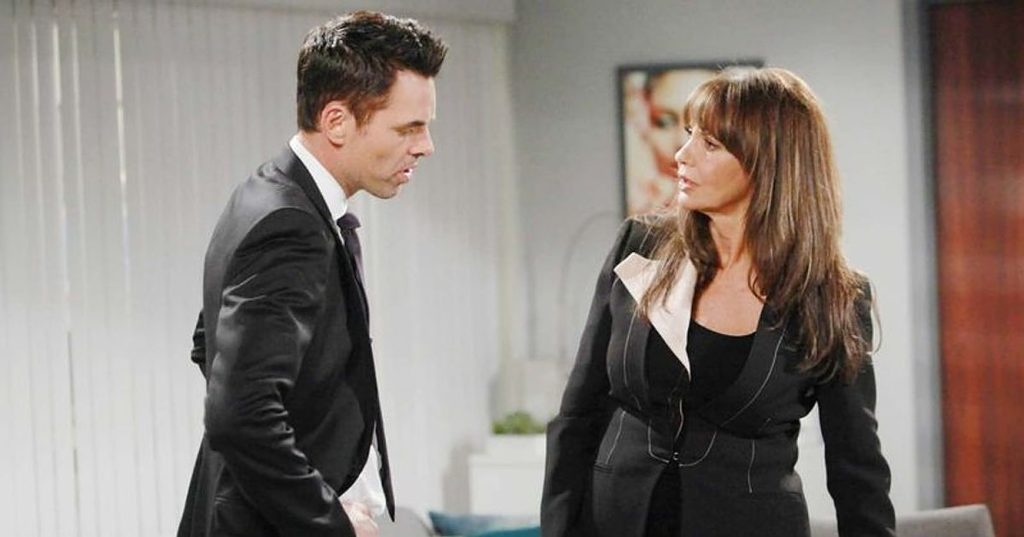 The Young And The Restless Spoilers For The Week Of November 7-11, 2022: Jill Warns Billy, Victor’s Wicked Move

The Young And The Restless Spoilers for the week of November 7-11, 2022, tease that Jill will deliver a warning to Billy. She won’t like how Billy is not prioritizing Lily like the way he prioritized Victoria and now Chelsea. So, she will fear their future together. On the other end, Victor will continue to plot against Tucker. He will now come up with a wicked move to investigate everything related to Tucker, mainly the reason he is back in Genoa City. What might be Victor’s plan? Keep reading to know what is brewing in Genoa City in the upcoming week.

Phyllis’ Another Attack On Diane

Looks like even after getting an earful from Jack, Phyllis is certainly not among the ones to back off. The Young And The Restless spoilers for November 7-11, 2022, tease that Diane will be pissed off with Phyllis’ repeated attacks on her. So, she will wonder what she should do next. As for Phyllis, she will have to watch her steps since Jack is already keeping an eye on her. So, she certainly won’t want Jack to push her off because of Diane.

Elsewhere, Victor will do some plotting, he has already assigned Michael some tasks. So he won’t want to sit and do nothing. The Days of Our Lives spoilers tease that till Michael comes with his intel, Victor will do further digging from his side. In any case, Victor will want to know why his old rival has suddenly returned to Genoa City.

The Young And The Restless Spoilers: Jill Warns Billy

Now That Billy has moved in with Chelsea, Jill will fear for Lily and Billy’s future. As for Jill, she really adores Lily and finds her the perfect match for Billy. So, seeing her son spending time with Chelsea would scare her. The Young And The Restless spoilers tease that Jill will warn Billy. She will notice that Billy has always been available for his exes, be it Victoria or Chelsea. Even though Jill acknowledges Chelsea’s state of mind right now, she certainly doesn’t want Billy to spend all his time with her.

However, when Jill warns Billy about the same, he will insist that he cannot leave Chelsea at this point. Since Billy has also left the COO position, Jill will only fear that this situation might separate Billy and Lily. Well, this might happen in the near future, given how things are.

Over with Nate, he will land in a tough spot. The spoilers say Nate won’t know where to go and will feel stuck. So, we will have to see whether it is something related to his family or his new CEO job. Hints are also there that Nate might soon get into some trouble in his job as well. So, we will have to see how his storyline pans out. Stay tuned and watch The Young And The Restless, it airs every weekdays on CBS. For more updates and spoilers, visit our website, TV Season & Spoilers.