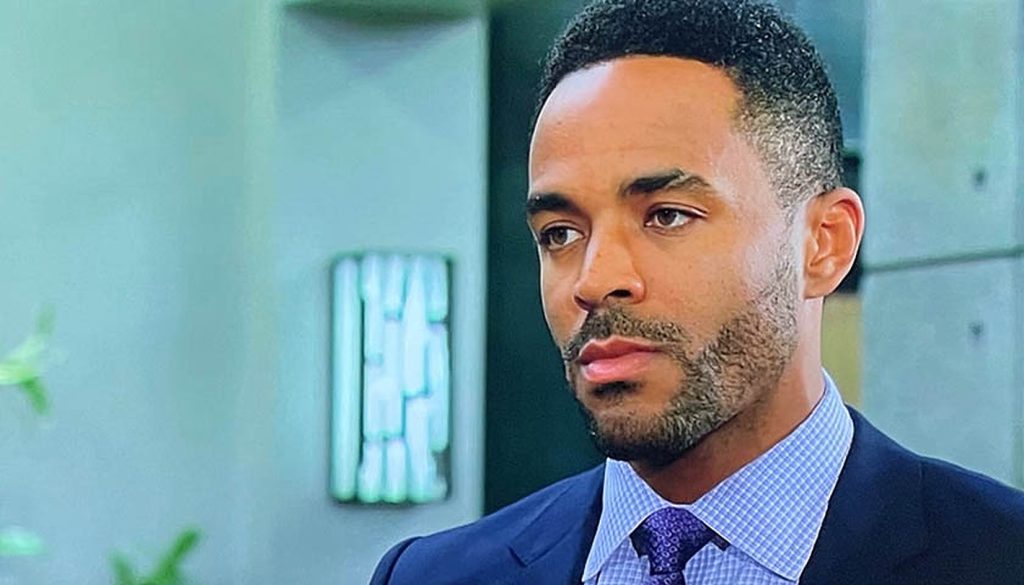 Y&R/Nate (Sean Dominic) fails as a CEO, soon to be kicked out?
News

The Young And The Restless spoilers tease that Nate might fail miserably. Although he accepted the CEO position, he might not have the right skill sets which suites a CEO. Chances are there that Nate might make a huge mistake and put Victoria also in trouble. Victoria, who basically took a gamble by hiring Nate, might soon regret her decision. How will Nate’s failure twist the whole storyline? Keep reading to know what’s there is Nate’s fate now and how things might fall in the right place.

Nate Accepts The CEO Offer And Backstabs His Family

Previously, we saw how Victoria offered the CEO position to Nate. The Young And The Restless also showed Nate asking some time to think. As for Nate, he knows that his family has already cut ties with him. Speaking of Elena, she has clearly broken up with Nate because of him going against his family. Also, Nate is unemployed. Basically, Nate has nothing to lose as of now.

So, he accepted the offer but was immediately busted by Devon. As for Devon, he clearly knows that Nate was good when he was a gentle doctor. And he is meant to be in that world, in any case, Nate is not meant to be in the business world because he lacks the skills. All this while, fans know that Devon always came to clean the mess Nate has left with. Even though he was a bit controlling, whatever Devon said about Nate was to the point.

However, Nate always thought that Devon didn’t want him to shine and was jealous of him. To speak of experience, Devon has many years of experience in business, while Nate has none! Even with zero experience, Nate always made bold moves and put the company is huge risk. Will Victoria be able to understand Devon’s concern? Looks like Nate’s another huge mistake might help Victoria realize how big of a mistake it was to fire Sally for Nate. Let’s discuss that.

As we all know, Sally was the previous CEO of Newman Media, and Nate came in place of her. Victoria always disliked Sally, and when she got a few reasons, the first thing she did was fire her. However, The Young And The Restless spoilers tease that this decision of hers might soon backfire.

Although Nate has accepted the CEO position offer, but he may not be able to fill Sally’s shoes. In Chancellor-Winters, whenever Nate made mistakes, he thought Devon purposely made rejected his ideas. It was the kind of ego and thinking that he is the best. But things may soon change when Nate’s so-called creative ideas and work might not match even the below-average category. What will Victoria do now? Fire Nate and Beg Sally to come back? Well, she may do that because her name is also at stake. It was her decision to fire Sally and hire Nate, so Victoria won’t want anyone to question her leadership skills.

Fans might remember the time when Nick pointed out Sally’s experience. Even though she did make one or two mistakes, Sally was also very perfect in her work. The amount of time she invested in re-checking all the data along with Chloe can never be done by Nate. So, what’s next for Nate? Will he realize his mistake? Looks like karma is going to hit Nate really bad for backstabbing his family. After failing in Newman, Nate might realize why Devon always stopped him. At least if the writers show Nate learning some lesson from this chaos, it will make Nate’s storyline more interesting. So, what will happen if the writers actually think of giving this twist? We will know that. The Young And The Restless airs on CBS. For more updates and spoilers, visit our website, TV Season & Spoilers.