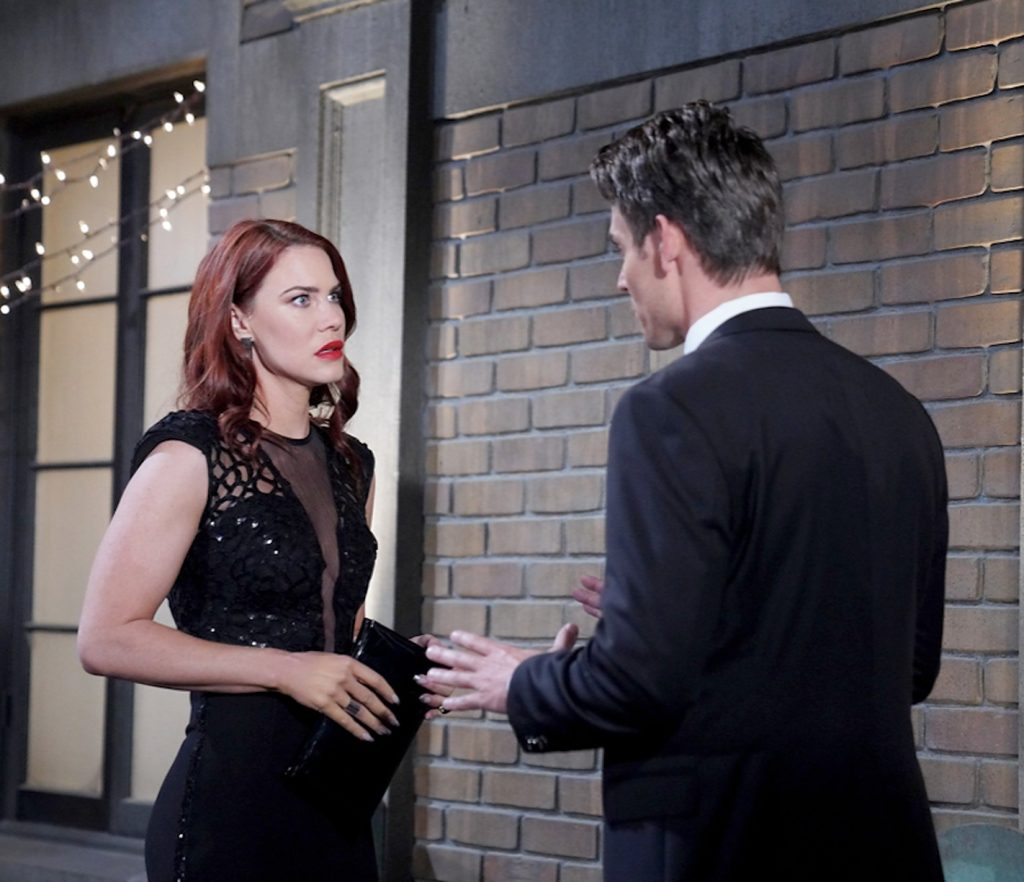 The Young And The Restless: Nick Exposed! Adam Tells The Truth To Sally

The Young And The Restless spoiler tease that Adam might expose Nick in front of Sally. Adam might spill the beans that it was Nick and Victoria who forced him to break up with Sally. Now that Sally has started to like Nick, how will she react to this bombshell? Let’s see how Y&R will pan this scenario if the writers think to give this twist to the storyline.

They forced Adam to break up with Sally because they did not trust him anymore. Not just that, they threaten to fire Sally also from the job. Since Sally loved her CEO job, Adam sacrificed his position to help Sally sustain her job. Of course, situations became immensely tough for Adam-Sally kept on asking the reason, and he couldn’t tell her. Once Adam and Sally broke up, Nick was the one who used to comfort Sally and asked her to stay away from his brother. Fans saw a hypocritical side of Nick where he himself was the reason for the breakup but was now comforting Sally.

However, things didn’t stop there. While comforting and helping Sally, Nick himself fell for the red hair. Even though falling for Sally was not planned, Nick did start having feelings for her despite of knowing that his brother still likes her. Things got even worse when Adam noticed the closeness between his brother and ex-lover. It completely broke him when he came to know that they both slept together. The one who forced him to the breakup was the one now trying to get with Adam’s ex-lover. What will happen now? Fans know how much Adam has tried to convince Sally, but all went into vain. Will exposing Nick be his last chance? Let’s discuss that.

The Young And The Restless Spoilers: Adam Is Done With Lies, Decides To Expose Nick!

All this while, if someone has faced the most, it is obviously Adam. The Young And The Restless leaves not even a single episode without showing how much Adam keeps trying to get back with Sally. Not once or twice, he has tried several times to make Sally understand his point. Yes! He did break her heart and said things that he wasn’t supposed to. But fans know that it was all for a reason. Unfortunately, Sally doesn’t know that. Adam is not just trying to win Sally but is also fighting his brother in this chaos.

When Adam wasn’t able to control the situation, he just messed it up big time when he proposed to Sally. The Young And The Restless spoilers tease that Adam will again have a conversation with Sally. But this time, it will be totally different, looks like Sally will also meltdown and won’t be able to control herself and will finally plant a kiss on his lips. Right now, nothing is that simple, like the way it looks. Sally might again give a tough time to Adam. What will he do then? Looks like it will be time for Adam to spill the truth. The truth about his decision to break up with Sally.

As of now, Sally has already started having feelings for Nick despite of having a bit of clinging feelings for Adam. The real question is: How will Sally react to this betrayal bombshell? Despite of knowing the entire truth, Nick kept coming closer to Sally and warned her to stay away from Adam. How will she react when she discovers that Nick was the one who literally forced and threatened Adam to leave Sally? If this scenario comes into play, the storyline is sure to get more interesting. Stay tuned for The Young And The Restless only on CBS. For more updates and spoilers, visit our website, TV Season & Spoilers.