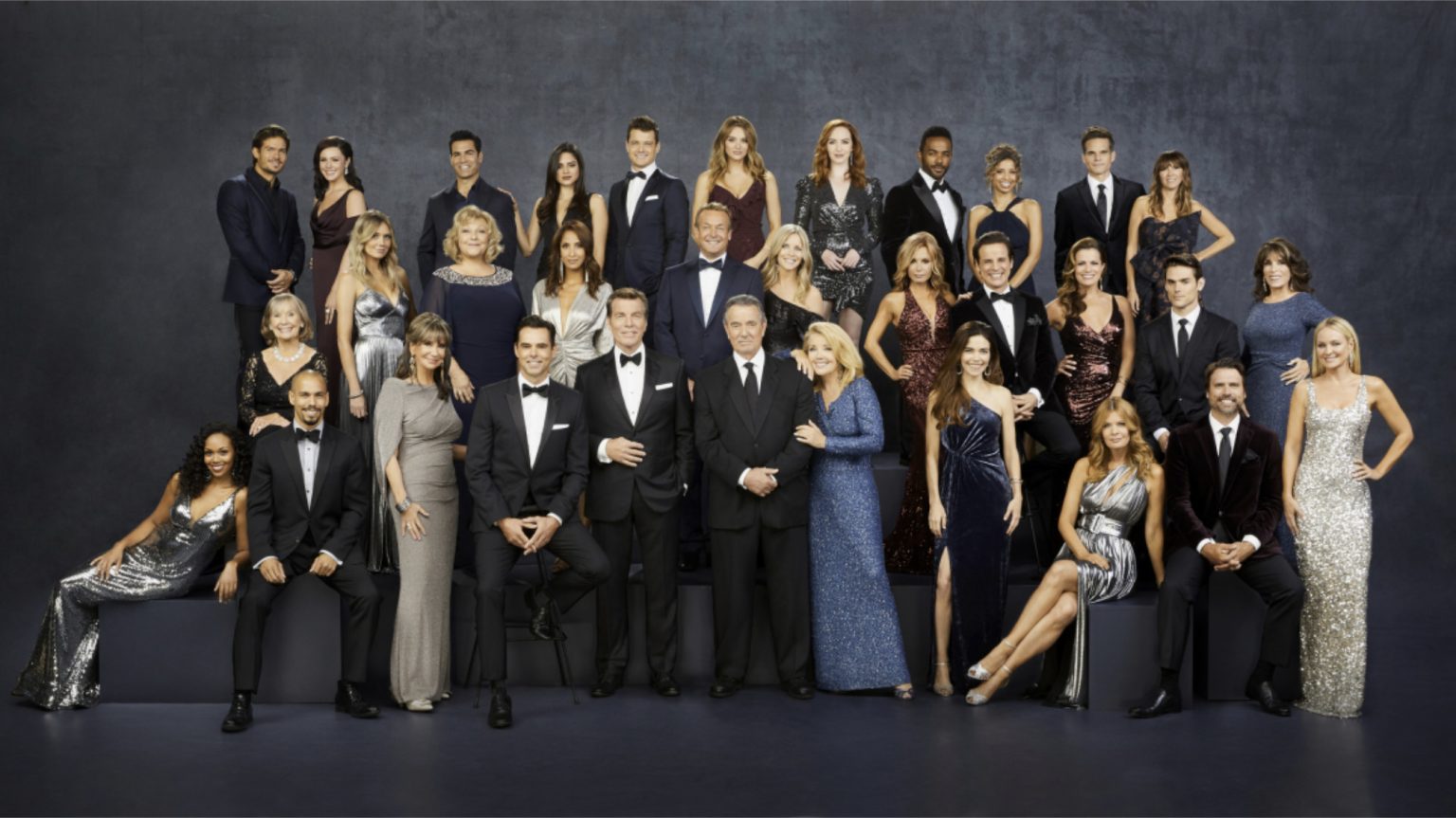 The Young And The Restless Prepares To Celebrate 50th Season Of The Soap Opera, Celebratory Spirit Takes Over The Cast

Soap Opera Royalty, The Young and The Restless are clocking in FIFTY GLORIOUS YEARS! It has consistently held the Numero Uno position for 35 years straight! When the soap first premiered in 1973, it revolutionized the daytime drama industry! Even today, it continues to raise the bar at every turn on the road!

It holds to its credits Epic Love stories, Socially Conscious Storylines, Tantalizing Characters, and so much more! There is clearly so much to celebrate about this soap! The actors associated with The Young and The Restless are also just as excited about the soap’s 50th season as the fans are! Keep scrolling to find out what some of the most major characters of the show have to say!

Keeping up with the spirits of celebrating 50 seasons of The Young and The Restless, the soap’s official Instagram account posted a video featuring the stars of the show! “50 seasons gives us 50 reasons to celebrate!” says the caption! We can personally think of 500 reasons, but okay! “Don’t miss #YR’s season premiere TODAY!” they further wrote in the caption, reminding the fans not to miss out!

The Young And The Restless: Still Good as Gold

Joining in with the celebratory spirit of The Young and The Restless completing 50 years, veteran actor Eric Braeden (Victor) spoke his heart out to TvInsider. Following are some excerpts from the chat that caught our attention! We are sure you would love them too!

When Eric Braeden first went in to read for The Young and The Restless, the actor admitted he knew nothing about soaps. “I had never watched any.” He confessed. “ I only went in to read at Y&R because my friend Dabney Coleman said to me, ‘Do it. You’ll love it.’” Eric added, “He and I played tennis together.”

The veteran actor also addressed that he didn’t agree with the disrespect and the second-class citizen treatment daytime soap actors were met with. As compared to the rest of the industry. “Daytime is very hard. It is the hardest medium.” He pointed out. “We have actors on our show whose work makes my mouth drop open” Eric went on to point out a few. “Jason Thompson [Billy], Christel Khalil [Lily], Mark Grossman [Adam]” The actor recalled, “I remember when Mark came to our show and he had so much work to do. He handled it absolutely well.”

The Young and The Restless star exuded that t here are so many wonderful actors on his sets. Amelia worked so hard recently, he said. “That applies to all of us veterans”. “it’s really a profession to be damn proud of. We used to do 70 or more pages a day; now, it’s many, many more” Eric added.

The actor was in awe of how the writers are able to write so much stuff, day in and day out! “The longer I stayed on daytime, the more I began to have more respect for various aspects of what we do — the camera people, the lighting people.” Eric appreciated The Young and The Restless crew.

“I loved the Kansas story.” Eric reflected. “ I remember running in the wheat fields up in Northern California. Signy Coleman is a wonderful actress.” The Young and The Restless veteran spoke about hVictors storyline with Hope. “I really did like the whole concept.”

Eric further added, “There were other storylines I loved. I loved the story with Victor’s background and his mother. Dorothy McGuire [Cora] coming onto the show was so damn real.” He recollected. “I realized after being here for two or three years that there’s no medium where you can play this range of emotions. That’s what audiences love to see.” Eric admitted and we agree with him!

The Young and The Restless star also spoke about how much he loves interacting with his fans online. “One sent me a scene where Victor told Nikki that he lost his mind and held a gun on her. It was very touching. Where else do you get to play that?” Eric stated.

Speaking about his arch enemy on The Young and The Restless Eric said, “The Victor/Jack stuff has been wonderful. Peter’s character has been a great adversary to Victor. I said to him, ‘Jack and Victor don’t like each other but we are very good for the show.”

“I’m grateful the show has gone on for all these years.” Eric Braeden expressed. “I always go back to Bill Bell. He laid the groundwork, the foundation. I’m very grateful. Without the fans, the audience, we wouldn’t be anywhere. If there’s a raison d’être for what we do, they are it!” The Young and The Restless star concluded by tipping his hat to the fans for their love and loyalty.

The Young And The Restless: Entertainment and Television History!

Fan Favorite star Bryton James too spoke about The Young and The Restless recently with Soaps in Depth. “It’s an honor to be a part of anything that’s a part of history in this way.” He confessed. “This is entertainment and television history. There’s not many shows that can say they’ve reached this milestone.

Bryton has been on The Young and The Restless for nearly 20 years and the fans love him. “It’s an honor and a privilege to have them still value what I do.” The actor admitted. “It’s an incredible legacy that I’ve been very lucky to be around. And very lucky to have come on board when Mr. Bell and Mrs. Bell were still around.”

The talented actor has won two Emmys for his performance on The Young and The Restless. “I was only 17 when I got on the show.” Bryton shared. “Once I got on the show and started to learn and grow and really enjoy the environment.” “I’ve never really been able to see myself not a part of the show” he confessed. “As long as they’d want me to be around. But yeah, I never thought that 20 years of my life I’d be fortunate enough to be doing this one job.” The actor admitted.

Bryton also shared his most favourite storylines over the years on The Young and The Restless. “Definitely the storyline that brought me onto the show,” he shared. “The character came about because Victoria Rowell (ex-Dru) spent the first 18 years of her life in foster care and wanted to bring that storyline to the show.” He further added, “And also the storyline where I lost my hearing.”

“I consider them almost more my family than my family because I see them that often and have so many experiences with them.” Bryton lovingly spoke about his costars. Bryton’s character Devon is a major part of the show. And just like us, Bryton too is excited to find out what will happen next to him on The Young and The Restless. “Devon is always pretty righteous in his judgment and decision making and cautious,” the actor shred. “I’d like to see him maybe take a turn” he mused.

Well everyone wants to try something new and maybe it would be fun to watch Devon do some bad stuff! What do you think? Tell us in the comments! Also, don’t forget to catch the latest episodes of The Young and the Restless during weekdays on CBS to keep up with all the things the makers have in store for their big celebration!