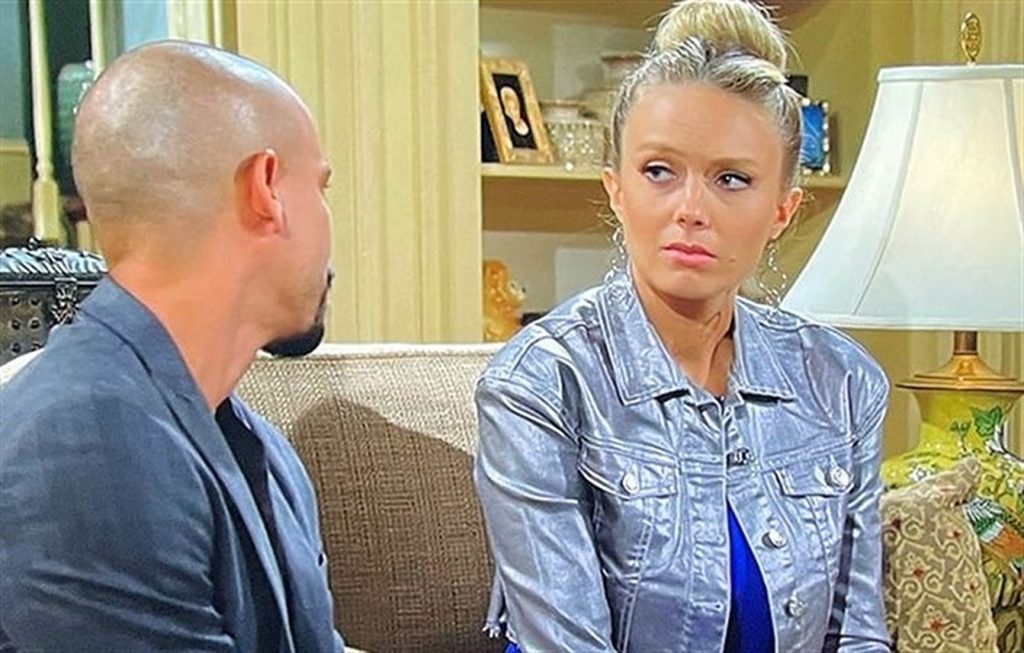 The Young And The Restless Preview Video For The Week Of November 7-11, 2022: Tucker Gives Ashley A Plan, Devon-Abby Kiss

The Young And The Restless preview video for the week of November 7-11, 2022, tease that Tucker will help Ashley with a plan to take Diane down. Seems like Diane’s destruction is about to happen soon. Next, Adam will sit down with Jack and tell him how he loves Sally. So, Jack will advise Adam on the same. Finally, Devon and Abby will share a kiss when Devon will deliver a sentimental speech. What is he going to say? Let’s read further to know what Y&R has in store for the viewers next week.

Adam Shares His Ordeal With Jack

The Y&R Preview Video For The Week Of November 7-11, 2022, starts with Adam and Jack having a chat. Once Jack asks about Sally, Adam will pour his heart and tell just how much he loves her. The Young And The Restless spoilers say that Jack will realize that Adam is crazy about Sally. So, he will give him a piece of advice. He will ask Adam to let Sally know about his feelings.

Now, the real question is, will Adam tell Sally that Nick and Victoria asked him to break up with her? Well, if that happens, then Sally will realize Nick’s hypocritical behavior. All this while, he knew how much Sally cried for Adam, and yet he kept quiet. So, things might go downhill with Sally and Nick if Adam confesses the whole truth.

Further, on The Young And The Restless, the preview video shows Tucker filling Ashley with some Diane intel that can help her takedown Diane. Looks like Tucker will have no choice but to fill Ashley with Diane’s secrets. He knows it very well that Ashley, along with Nikki and Phyllis, wants to take revenge on Diane. And Tucker will be the best-suited person to provide the dirt on her.

Even though Tucker initially hesitated, his love for Ashley will finally let him blurt out the entire Diane secret. So, it looks like it won’t be long before that Diane is exposed. However, Diane has already played the victim card with Jack. So, will this exposure even be of any use? We will know that soon.

Elsewhere, Devon and Abby will realize they are on the same page. Devon is struggling with his long-distance relationship while Abby is getting her husband’s attention. The preview shows Devon giving a sentimental speech. He will insist that Chance is a fool for not prioritizing his family. If Devon had such a beautiful family, he will give his everything to make them happy. Listening to this, Abby will melt down in his arms and kiss him. Will both of them stop here, or is this the start of a complex relationship? Comment down your thoughts below, and do not forget to watch the preview video. The Young And The Restless airs every weekdays on CBS. For more updates and spoilers, visit our website, TV Season & Spoilers. In the meantime, also check the preview here-