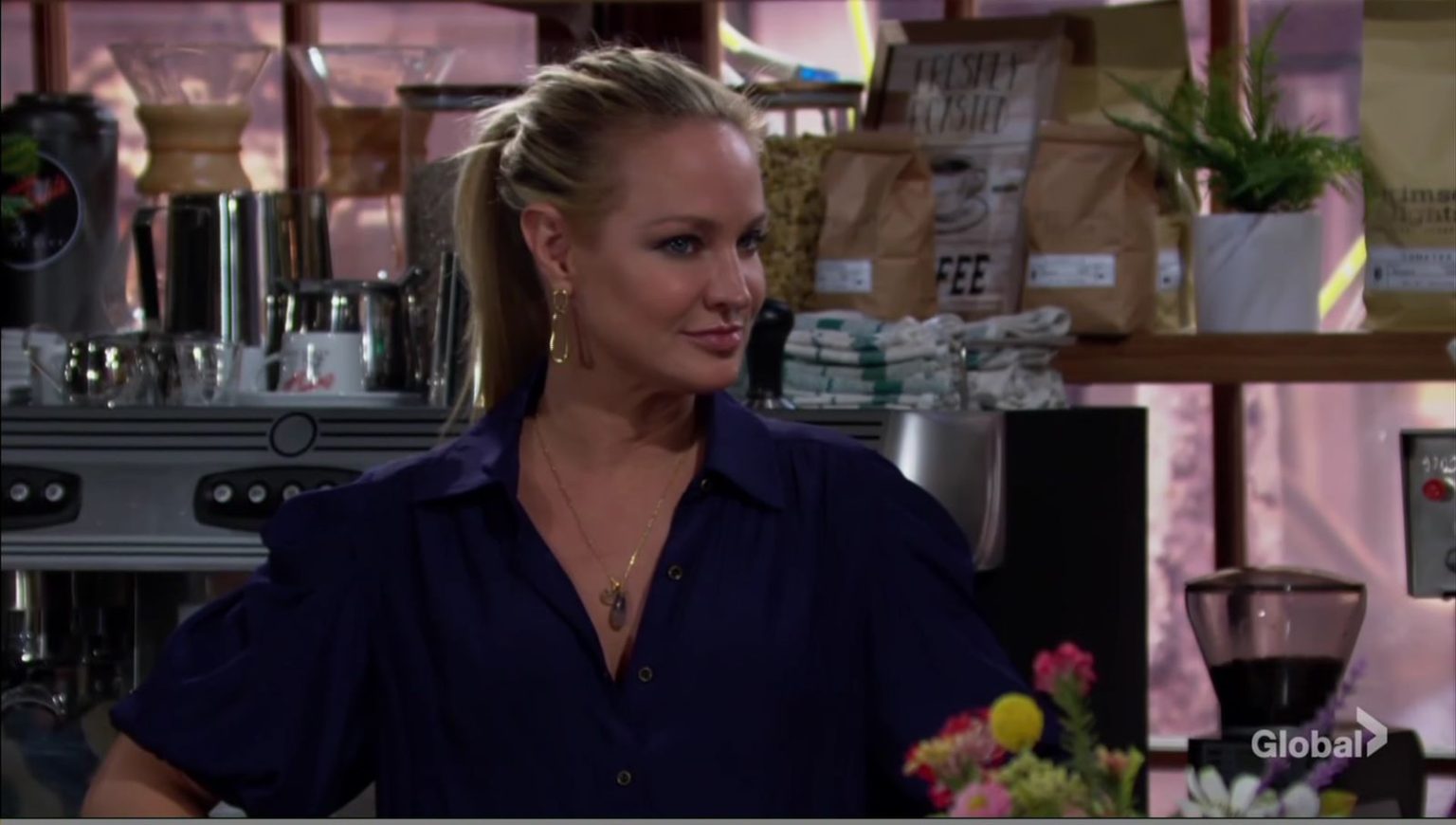 The Young and the Restless spoilers for the upcoming episodes indicate a dramatic twist in Sharon’s life. She is our favorite confidant –pouring coffee and listening to Genoa City’s ongoings. However, this popular character has not seen a new storyline in ages. The latest spoilers suggest romance is brewing for Sharon and bound to stir things up.

Previously, Sharon and Nick were close as she helped him deal with Ashland’s death. However, Nick set his eyes on Sally after she left Adam and took over Newman Media. Now, Sharon may need to set her eyes elsewhere. Spoilers suggest her new romance could be with Tucker, an ex-flame. Will he mend his scheming ways and grab another chance with Sharon? Here is what can happen.

The Young and the Restless spoilers suggest that a new ray of romance is in the offing for Sharon. Previously, there was palpable chemistry between Sharon and Nick. Fans were speculating that these two would be a reunion on the show. Sharon was facing a hard time after Rey’s death. However, she is doing better now and is ready to move on.

Nick was there for Sharon through the entire ordeal. However, he is now caught up with Sally Spectra. Previously, we saw Nick and Sally get close after she helped him recover from the Ashland Locke debacle. They are seeing each other now. Sharon may be Nick’s confidant, but he has his eyes elsewhere right now.

The Young and the Restless spoilers indicate Sharon will get a new storyline in the upcoming episodes. It is now her moment, and she is ready to spread her wings. She will finally be more than someone who pours coffee and listens to people’s rants.

Speculation suggests Tucker may play a key role in Sharon’s life. The Young And The Restless Coming and goings hinted at Trevor St. John shall replace Stephen Nichols in the role of Tucker. Moreover, insiders have confirmed his return and interest in Sharon’s life. After all, the two of them were romantically involved once upon a time.

Will Tucker Change For Sharon?

Things went sour for Sharon and Tucker because of Sharon’s worsening mental health and Tucker’s insistence on scheming his way through life. Furthermore, true to his nature, Tucker is still in cahoots with Diane Jenkins. This might be a red flag for Sharon, who is on her healing journey and looking for love.

However, Sharon has been alone for some time now. She wants a man in her life who might give Tucker another opportunity. The Young and the Restless spoilers indicate that Trevor will return to the show on September 28, 2022. Regardless, his return to Genoa City is bound to raise some eyebrows and quicken some heartbeats. The Young and the Restless airs weekdays on CBS. Stay tuned with TV Season & Spoilers for the latest news and spoilers.