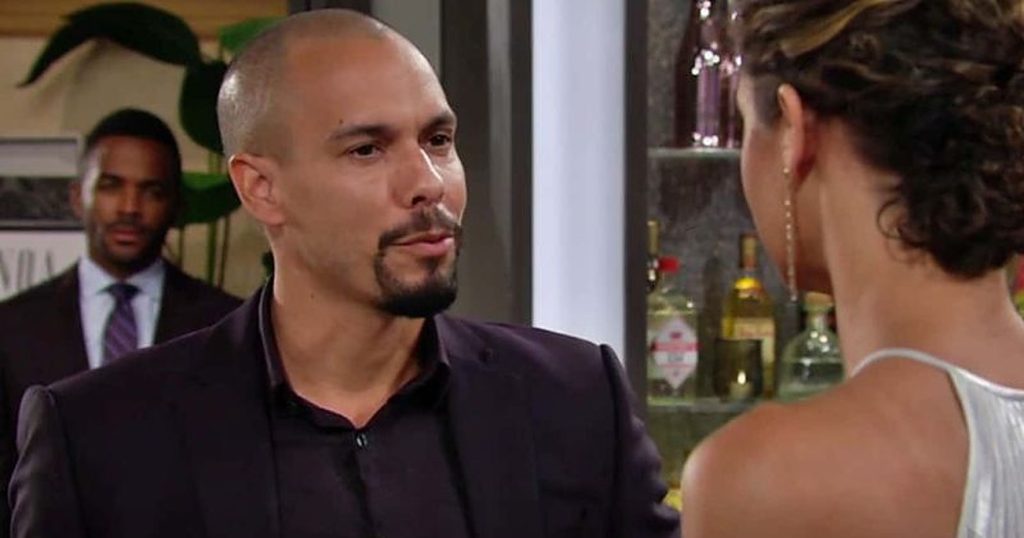 The Young And The Restless Recap For Friday, September 30, 2022: Tucker Is Back, Devon Is Worried About Nate

The Young and the Restless recap for Friday, September 30, 2022, revealed the story of Diane and Tucker. First, we saw Tucker convince Diane that the vow renewal was the perfect opportunity to introduce him to the Abbotts. Diane tried to stop him, but he insisted. Nikki met Victor and told her she had a photograph of the car’s license plate in which Diane hung out in LA.

Meanwhile, Kyle and Summer got ready for their big day. Phyllis promised there would be no drama with Diane. Later, Nate met Audra and told her he was in a relationship when things started to get flirty. Devon saw Nate and Audra together and later saw Elena with a hotel key card. He was concerned about Nate and Elena. Would he do anything about it? Here is all that happened.

In this episode of The Young and the Restless, we saw Tucker arrive at Diane’s hotel room. She was getting ready for the vow renewal and was in no mood to entertain Tucker. Moreover, if the Abbotts were to know she is associated with Tucker, it would ruin all the effort she had made for her redemption. However, Tucker insisted her new life would not have been possible without his support.

Furthermore, he believed it was a great day to get introduced to the Abbotts. Diane insisted she needed more time. However, Tucker had decided that it was the best day. He assured her that he would not blow her cover. Tucker wanted Diane to trust him with this decision.

Meanwhile, Phyllis helped Summer get ready for her epic vow renewal. Summer was nervous and did not want any interruptions. Phyllis assured her there would be no drama with Diane. Jack helped Kyle with the cufflinks and teased Harrison was doing a very important job today.

The Young And The Restless Recap: Nikki Meets Victor

In this episode of The Young and the Restless, Nick was unsure about Victoria’s epic scheme with Nate. However, Victoria and Victor believed the reward was big, so the risk was acceptable. Victor would not attend the vow renewal because he had a meeting in Chicago and did not care for Jack. Nikki dropped Summer’s dress off and discussed her trip to LA with Victor.

She revealed that Diane had lived an abundant and luxurious life in Los Angeles, unlike her story about poverty and pain. Moreover, her source, Deacon Sharpe, had seen Diane with a man in a Bentley. Now, Nikki revealed she had a car photo where they could see the license plate. It is revealed that the car was owned by Private Image Ltd, a business that dealt with art and entertainment.

Of course, Victor was impressed with Nikki’s sleuthing. He promised to get his people to look into it and find out more. Furthermore, Nikki wanted whatever Diane was hiding to come out in the open and drive her out of town for good.

Further, in this episode of The Young and the Restless, Devon met Elena and conversed with her. She dropped her hotel key card, and Devon learned she was not living with Nate. Elena hid details about what was happening between her and Nate.

Speaking of Nate, he ran into Audra, who wanted to know all about Genoa City. They enjoyed flirting, but Nate revealed he was in a relationship. Devon saw Nate and Audra together and greeted them. Later, Nate told Audra that he could not help her with the night scene in the city because he had a lot of work on his plate.

Meanwhile, Devon met Lily and discussed what was happening with Nate. He wanted to make sure everything was in order before the IPO. The Young and the Restless airs weekdays on CBS. Stay tuned with TV Season & Spoilers for the latest news and updates.