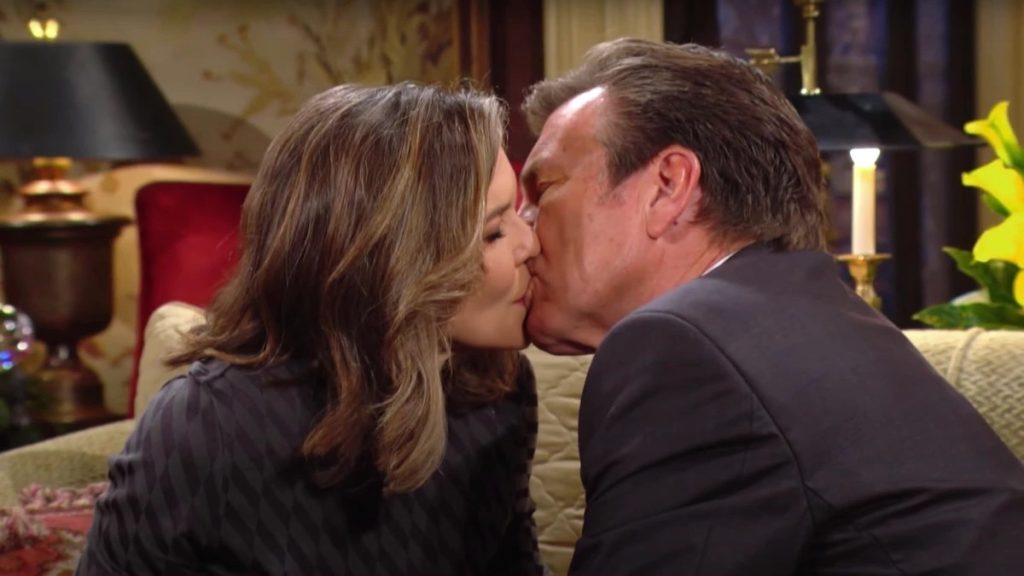 The Young and the Restless recap for Wednesday, September 28, revealed the story of Adam and Sally. First, we saw Sally and Nick enjoying a meal together. Adam and Chelsea arrived nearby, and things got heated. Chelsea told Adam about Johnny’s situation, and he tried to console her. However, his mind was busy wondering about Nick and Sally.

Later, Adam confronted Nick and accused him of sleeping with Sally. Meanwhile, Victoria was upset about Chelsea’s decision to re-enter Johnny’s life. She decided it was best to let Johnny decide when he was 18. Diane was emotional in another part of town and kissed Jack, who said it was a mistake. Later, she ran into Tucker at her hotel suite.

In this episode of The Young and the Restless, we- saw Sally meet Nick for a “work” conversation. Their connection was flirty as they tried to talk about their life and career. Sally mentioned she was an impulsive person, whereas Nick believed he overthinks. Of course, that makes them a good team –Sally thought.

Meanwhile, Adam ran into Chelsea at Crimson Lights and asked her to reconsider her weekend trip with Connor. Chelsea was not ready to entertain Adam’s request. However, he asked her to meet him for dinner and discuss Connor. Later, Chelsea and Adam would run into Sally and Nick. Sally tried to keep her calm and asked Nick to talk about work.

The Young And The Restless Recap: Adam Confronts Nick

Adam complained about Sally’s decision to get cozy with the boss. Chelsea won’t respond, which was unlike her; she would never miss an opportunity to pull Sally’s leg. When Adam asked what was bothering her, Chelsea brought up the whole ordeal with Johnny. Adam tried to console her but did not want her to get her hopes up. Chelsea insisted she wanted to be a part of Johnny’s life and things to go right.

Later, Adam watched Nick and Sally leave together. He confronted Nick at Newman Enterprises. Nick lashed out and accused Adam of going on a date with Chelsea. However, Adam was not in the mood for fluff –he accused Nick of sleeping with Sally. Furthermore, he thought Nick was desperate and wanted Adam to get out of his way.

Billy & Victoria Are Worried For Johnny

Further, in this episode of The Young and the Restless, Victoria worried that Johnny was not eating or talking to her. Billy confessed

Johnny was not talking to him as well. Victoria complained about Johnny being stuck in his room playing video games. Later, Victoria told Billy about Chelsea’s strange visit to her office.

Billy was bothered to hear about it and understood Victoria’s anger. Furthermore, Victoria was worried Johnny might be very upset because they informed him even when he said he did not want to know about his biological mother. However, Billy told him it was best for Johnny to know from them, not others. Moreover, Johnny was upset because everyone else knew the truth before he did.

Billy suggested they needed to give him space and wait for things to settle down. Victoria was upset about Chelsea’s lack of boundaries, especially because she was willing to send Johnny’s baby blanket via Billy. Moreover, Victoria was done with the matter and could not let Chelsea interrupt their lives. Johnny could talk to her when he is 18. At the moment, Johnny’s well-being was foremost.

The Young And The Restless Recap: Diane Kisses Jack

Later on The Young and the Restless, we saw Diane gift a toy to Harrison Abbott because his old one broke. However, she confessed she did it to get an opportunity to talk to Jack. She received a text from her secret partner and teared up, thinking Jack had abandoned her. Diane wanted Jack

to believe she had changed for good.

Jack was willing to say he had forgotten the past and wanted a new beginning for Diane. However, Jack insisted it’s only good if nothing is left in LA. Diane was worried about this lack of trust and broke down again; she was desperate for redemption. In a moment of passion, Diane kissed Jack. He was surprised and told her she had misread the situation. Diane was ashamed and left for her hotel room. She received the shock of her life when she found Tucker waiting inside. The Young and the Restless airs weekdays on CBS. Stay tuned with TV Season & Spoilers for the latest news and updates.