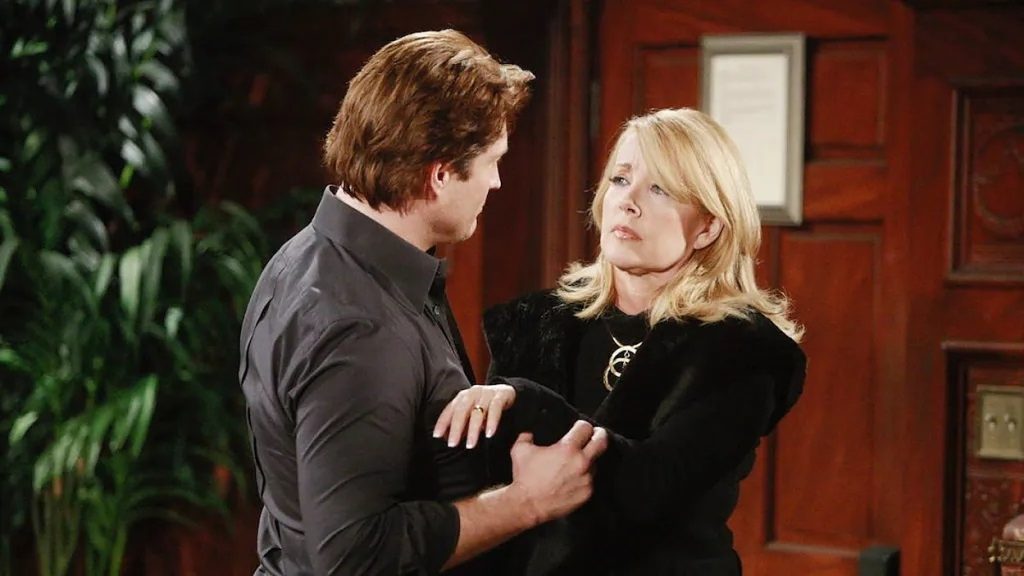 The Young And The Restless Recap For Thursday, September 15, 2022: Adam Wants To Rekindle Romance, Nikki On The Edge

The Young and the Restless recap for Thursday, September 15, 2022, revealed the story of Adam and Nikki. First, we saw Elena was upset after learning Nate had plans to prove himself after quitting the company. Meanwhile, Adam arrived at Sally’s place and asked her to give their relationship another chance. Sally was upset and asked for more time and space to decide.

Elsewhere, Nikki was on edge before her flight to California. She has decided to meet Deacon Sharpe and gather some dirt on Diane. Victor supported her and sent a security detail for her safety. Jack helped Diane relax after a hectic day at work.

In this episode of The Young and the Restless, we saw Nick and Nate toast each other. They were dealing with a lot, but Nick was concerned about Nate’s ever-growing ambition. Nate accepted Nick’s suggestion that ambition can become malicious and harmful. Later, Nate told Nick about his fight at Chancellor-Winters and hoped his life would change soon.

Nick left, and Elena arrived; she learned Nate had officially quit his job. She was relieved but upset when Nate suggested an off-screen plan to prove himself. Elena warned Nate it was a bad plan. Nate tried to defend his plan, but Elena pointed out that it won’t be just Devon who would hurt the consequences of his actions.

The Young And The Restless Recap: Adam Apologizes To Sally

Meanwhile, we saw Sally recall her night with Nick in The Young and the Restless episode. Adam arrived, and Sally wondered if he was stalking her. Adam denied the accusation and asked if he could come over for the night. Later, he confessed he missed her and made a mistake by breaking up with her. Moreover, he never stopped loving her and wanted to earn her forgiveness.

Adam wanted to give their relationship another chance. Sally suggested it was the wrong time to start things again. Adam wondered why she thought that way. Sally covered up by suggesting it was because she missed an important meeting because of their conversation at the GCAC rooftop. Furthermore, Sally likened Adam to a toxic addiction and suggested he was not good for her.

Adam asked Sally if she was at Nick’s office to discuss her missed meeting. However, Sally said it was just a business matter and did not give him any details. She wanted to say goodbye for now, but Adam wanted her to push her heart and accept him. Sally was about to give in, but a text message from Nick jolted her into reality. She felt emotional and demanded more time and space from Adam.

Nikki Will Meet Deacon In California

In this episode of The Young and the Restless, Nikki was on edge before she met with Deacon in California. She was worried that meeting him would trigger bad memories. Moreover, during that period, Deacon had been the center of her life. Victoria suggested Nikki should stay home, but Nikki wanted to get some dirt on Diane from Deacon.

Victor assured Nikki and told her he was willing to get Deacon kidnapped for her. Furthermore, he was sending a security detail with her for her safety. Speaking of Diane, she fell asleep reading to Harrison Abbott at the mansion. Jack learned what had happened and offered her a drink. Diane had a cup of tea to relax after a hectic day. The Young and the Restless Airs Weekdays on CBS. Stay tuned with TV Season & Spoilers for the latest news and updates.