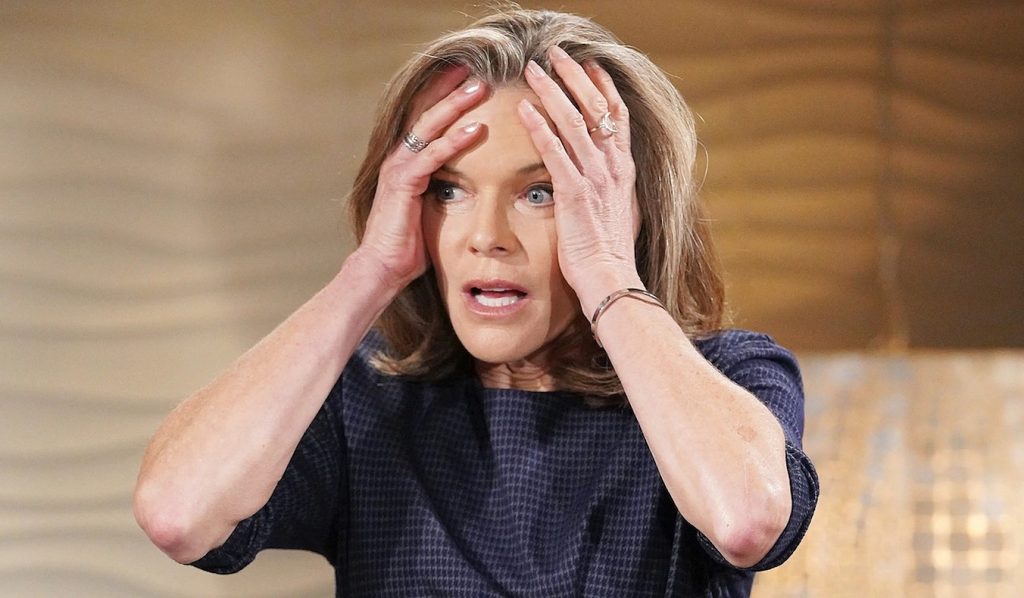 The Young And The Restless Recap For Thursday, September 22, 2022: Kyle & Summer Receive A Surprise, Diane Resigns

The Young and the Restless recap for Thursday, September 22, 2022, revealed the story of Diane and Phyllis. First, we saw Diane break down after she snapped at Phyllis. Jack consoled her and offered to keep it a secret from Kyle. However, Diane did not want to break Kyle’s trust and decided to tell him.

Meanwhile, Noah and Allie joined Tessa and Mariah. He planned a pre-vow-renewal party for Summer and Kyle. Diane met Kyle and resigned from her job. Consequently, Phyllis was asked to leave as well. But, could there have been more? Keep reading to find out.

In this episode of The Young and the Restless, we saw Diane ask Phyllis to back off. Jack arrived and told them things would be worse had Kyle walked in on their fight. Diane apologized, but Jack warned Phyllis was not off the hook either. Later, Jack caught Diane crying in the park.

She confessed she snapped because she was controlling her emotions for so long. Furthermore, Diane wanted to tell Kyle what happened, but Jack insisted he would lie. Diane insisted she had to because she did not want lies to break her relationship with Kyle again.

The Young And The Restless Recap: Noah & Allie Plan A Surprise

Meanwhile, at the Abbott house, Traci asked Allie why she was at home, not the lab. Allie insisted there was a secret that she would reveal soon. Mariah and Tessa tussled in another part of town when they saw Summer and Kyle at a table near them at Crimson Lights.

Summer assured them they were not discussing their photoshoot. Instead, they were working on finalizing a theme for their vow renewal. Later, Noah arrived and dragged Mariah and Tessa

for a secret conversation. Noah, Allie, Tessa, and Mariah asked Traci to join them in planning a pre-vow-renewal party at Noah’s new club.

Diane Resigns From The Job

In this episode of The Young and the Restless, Phyllis met Summer and Kyle and wanted to tell them what happened. Kyle received a text from Diane and left to meet her at Jabot. Phyllis insisted Diane was confessing her sins because Jack caught her in action. Diane ignored her comments and reminded her of Kyle and Summer’s previous warnings.

To save them the trouble, Diane would announce her resignation from Marchetti. Kyle and Summer looked at Phyllis, and she was furious to know they wanted her to resign as well. Moreover, Phyllis blamed Diane for what happened. Kyle insisted the rules were clear; it did not matter who started it. They would both have to leave the company.

Later, Kyle and Summer receive invites to Noah’s party. Summer stops Phyllis from joining her, whereas Mariah asks Kyle to get Diane. Together, they all shouted in surprise when Summer and Kyle arrived. Summer thanked everyone for their plan to get Diane and Phyllis inside separately. However, Phyllis might arrive before Diane leaves the party, creating quite the confusion. The Young and the Restless airs weekdays on CBS. Stay tuned with TV Season & Spoilers for the latest news and updates.