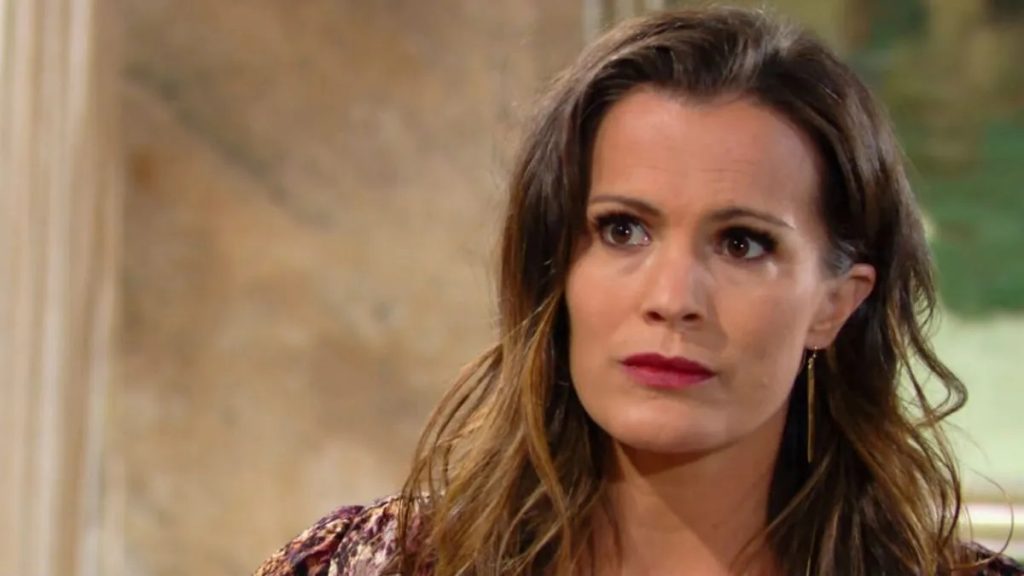 The Young And The Restless Recap For Thursday, September 8, 2022: Adam Has To Prove Himself, Chelsea Is Upset

The Young and the Restless recap for Thursday, September 8, 2022, revealed the story of Adam and Chelsea. Adam decided to oversee Tessa’s photoshoot at Jabot. However, Summer and Kyle did not like that and shut him down. Diane arrived at Adam’s office, and they discussed their messy past. They were happy to have each other around.

Meanwhile, Nate decided to make moves when Devon was out of town. Elena was upset and warned him. She also warned Imani to stop encouraging Nate’s recklessness. Later, Billy met Lily and talked about Chelsea and Johnny. Chelsea called her mom and vented about her unfortunate present.

In this episode of The Young and the Restless, we saw Tessa seem nervous before her first photoshoot for Marchetti. Adam arrived to oversee the process, and Summer tried to make him leave. Kyle arrived and told Adam to step out of the way. He taunted Adam by suggesting he was interrupting people with jobs doing their job.

Furthermore, Kyle called Adam a charity case and warned him not to mess things with Jack Abbott. Kyle believed Adam would not be at Jabot for a very long time. He thought Adam had nothing to bring to the table, so he should not participate in company affairs. Adam realized that once again, he would have to prove himself to be respected.

The Young And The Restless Recap: Diane & Adam Catch Up

Later, Diane came to Adam’s office, discussing their past. Diane thought it was good to have someone who supported her. Adam agreed and felt the same way about her. However, Diane noted that there wasn’t a specific enemy out to get him at Jabot. On the other hand, Phyllis Summers hates Diane and thought she was her enemy.

Meanwhile, Lauren spoke to Kyle about the Marchetti photoshoot. She felt Tessa was too self-conscious and could mess up the shoot. Thankfully, Mariah Copeland came to the rescue. She knew what to say to get the job done. Tessa felt more comfortable modeling after their conversation.

At the Crimson Lights, Nate told Elena about his plan to make moves when Devon was out of town. Previously, we saw Nate and Imani come up with this plan together. Elena was wary and warned him of the consequences. Nate was annoyed because of the lack of confidence. Later, he joined the meeting at Chancellor-Winters and provided helpful suggestions. Imani sensed that their plan was already in action.

Nate made some calls about greenlighting the music festival. It would be costly to cancel plans, but Nate was confident they were ready to make the event possible. Later, Imani met Elena and confronted her about Elena asking Nate to quit. Elena was upset to know Nate told Imani. She could see through Imani’s plans and asked her to stop meddling. Imani insisted she believed in Nate.

The Young And The Restless Recap: Chelsea Is Distraught

Meanwhile, Billy spoke to Lily in this The Young and the Restless episode. He shared Chelsea’s request about Johnny. Lily saw the merit in Chelsea’s demand and suggested she should spend time with Johnny. This way, Johnny can get to know her and eventually learn the truth about her being his birth mother.

Speaking of Chelsea, she made a distressing phone call to her mom. Previously, we saw Adam reject her wish to visit her mom because of Connor’s school year. Moreover, Chelsea ranted about the end of the podcasts with Billy. The Young and the Restless airs weekdays on CBS. Stay tuned to TV Season & Spoilers for the latest news and updates.