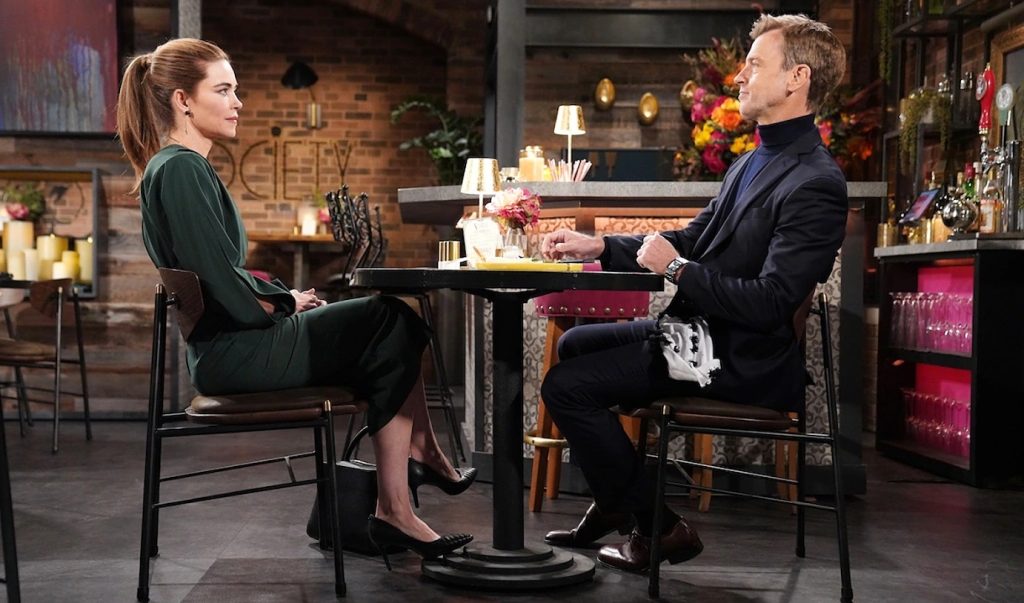 YR/Victoria and Tucker in conversation
News

The Young And The Restless: SHOCKING PAIRING! Victoria Finds Love In The Most Unexpected Man

Victoria on The Young and The Restless has been single for quite some time now! Singularly focused on her position at Newman Enterprises, following her dad, Victor’s lead. However, one cannot be a central character and stay single for too long! So things could soon change for Victoria as far as her love life is concerned! And we have a prospective love interest in mind!

It’s no secret that dear ol’ Victoria has a penchant for falling for the bad guys! Take Ashland, for example! The list is obviously longer than just the name of her recently deceased husband! But let’s leave the past in the past (for now) and focus on what we could soon be seeing on The Young and The Restless!

The newest returnee on The Young and The Restless is Tucker McCall. Interestingly, from the word go, he is pitted right against Victoria Newman! Both of them wanting to get their paws on Winter-Chancellor! While, Victoria hasn’t explicitly shown any interest or dis-interest whatsoever in Tucker, he however is already amused and intrigued by the faceoff he will be having with his opponent!

And we have been soap lovers long enough to know what that means! Competition and rivalry is high intensity emotion. And when it’s between the opposite genders, sparks are sure to fly! The fact that Victoria and Tucker are both good-looking and intelligent beings, the chemistry is definitely going to be lit!

The Young And The Restless: Will Geona City Approve This Pairing?

However, it would be very interesting to see how the fellow Geona City residents will react to this development. Considering that, The Young and The Restless’s Tucker is already quite a despised character! Will that just end up adding to the attraction Victoria will feel towards Tucker? Only time will tell!

But if they do get down and dirty, what will it mean for their rivalry over taking hold of Winters-Chancellor? Will one of them give it up? Or will that be a catalyst in another explosion in their lives? Also, where will this leave Tucker’s interest in re-ignite th ings with Ashley? If this storyline sees the light of day, it’s going to be one crazy and exciting roller coaster! And we are totally looking ahead to it? What about you? Are you interested in seeing Victoria couple up with Tucker? Please share your views in the comments and stay tuned to The Young and The Restless to find out what happens next!