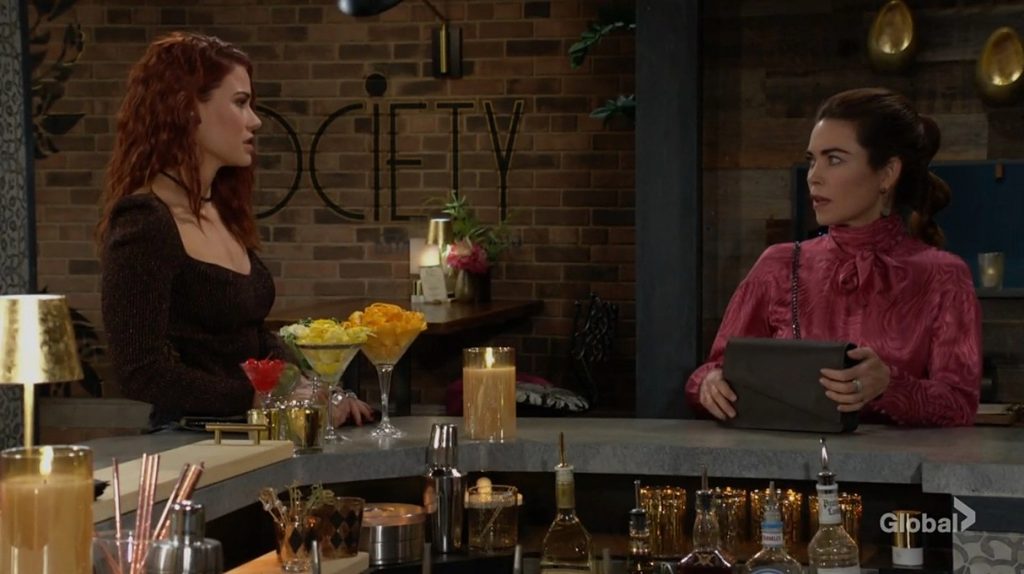 The Young And The Restless: Victoria Names Nate As The Newman Media CEO, Kicks Off Sally Out

The Young And The Restless spoilers tease that Victoria will offer a new job for Nate. The two of them are in cahoots right now, and this might be a part of the plan. Will Nate be the next CEO? If that’s the case, who will be Victoria firing from Newman Media? Let’s discuss how the storyline will take a turn if it has to adjust Nate in Newman’s canvas.

The Young And The Restless viewers know that after taking Imani’s evil advice seriously, Nate teamed up with Victoria to take down Chancellor-Winters. When Elena dumped Nate, he headed straight to Lily and Devon to confess his takedown scheme. He hoped that he would be able to get Elena back, but it did not work. Now, The Young and the Restless spoilers indicate that Nate will admit to Victoria about his fallout and how he spilled the beans in front of Lily and Devon.

Fans might remember The Young And The Restless Preview video, where Victoria seemed rather happy with Nate. Now spoilers say that Victoria will feel the need to reward Nate for his outburst in Chancellor-Winters. In the preview clip, she insisted on having the right job role for Nate. since Victoria is only considered about her win, she will make a bold move by the next week by hiring Nate. However, the real question is: what will be his post in Newman Media?

Earlier, while striking a deal with Victoria, he demanded to get the CEO position in Chancellor-Winters once Victoria takes most of the shares. So, if Nate is to work in Newman, will Victoria be willing to give him the CEO position in her family company? The chances are high. As for now, Sally is the CEO of Newman Media. Does it mean that Victoria will fire Sally? Let’s look at the possible scenario under which she might take this step.

The Young And The Restless Spoilers: Victoria Kicks Sally Out? Switches CEO Position?

Victoria is willing to show everyone in her family that she can handle things independently. And for that, she can go to any lengths. Taking over Chancellor-Winters will add on to her profile and let the world know her capability. Now that she wants to hire Nate, there are hints that suggest towards a possible firing of an employee. Who could that be? With the ongoing situation, Victoria kicking out Sally makes more sense. Fans might remember that Sally’s 90 days trial is approaching its end.

Moreover, Victoria isn’t a big fan of Sally working as a CEO. Victoria and Victor have tried many times to kick Sally off the position but failed. First, it was because of Adam. But when they both broke off, Nick became the hurdle who would stop them from firing her. Not to mention, Sally herself has made many business mistakes. For instance, she forgot to attend the important marketing summit. At that time also, Nick was the one who saved her job role.

With all of that, there is possibility of Sally getting kicked off of her CEO position sits perfectly with the storyline. If that happens, it will be interesting to see how Nick reacts to the sudden switch in CEO of Newman Media. Stay tuned and watch The Young And The Restless, it airs every weekday on CBS. For more updates and spoilers, visit our website, TV Season & Spoilers.