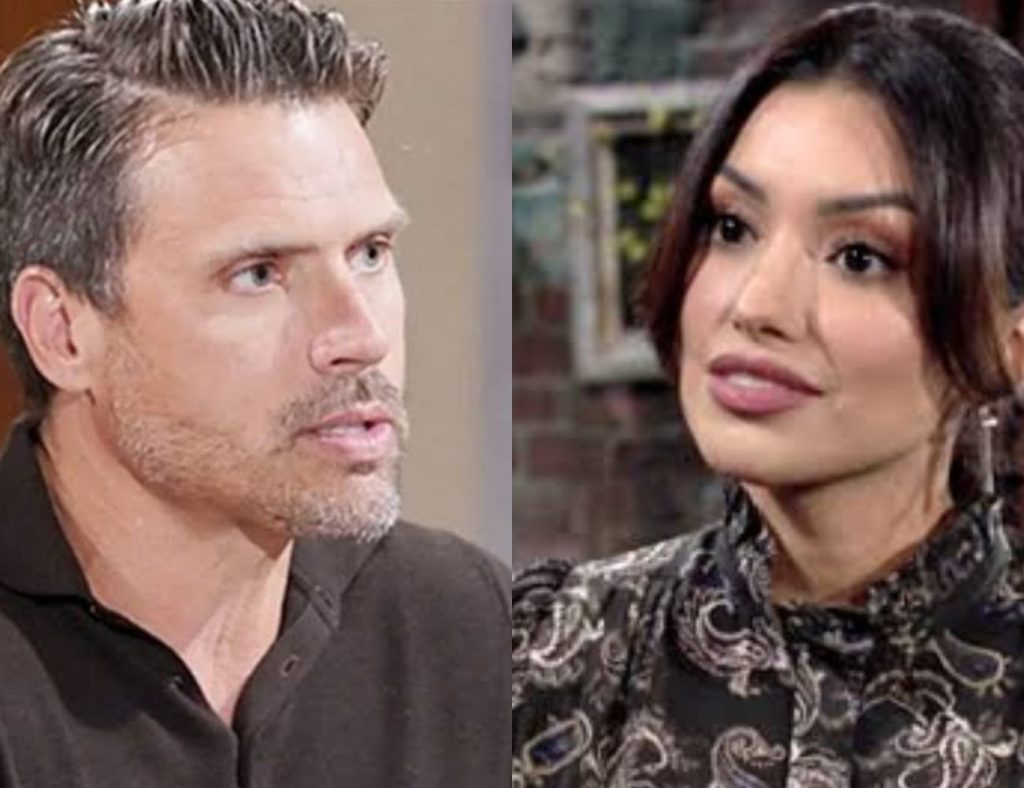 The Young And The Restless: Shocking TWIST, Audra And Nick Sleep together?

The Sparks of intimacy are nowhere close to dying down on The Young and The Restless! First, it was Sally Spectra with Adam, then, it was Sally and Nick Newman. However, things had only just started to heat up between the two electric characters when Nick stepped back. Once he realized that Sally is still confused over her feeling for Adam, Nick decided to allow her space to figure things out.

Now, latest we hear that the newest entrant on The Young and The Restless, Zuleyka Silvers is about to get a steamy storyline of her own! Zuleyka recently made her soap debut as Audra Charles, a business executive who recently came to Port Charles. TV Season and Spoilers had recently reported that Zuleyka had opened up on her social media about recording her first on-screen love scene!

However, the actress did not divulge any information regarding who the handsome hunk could be that she is hitting the sheets with! We did spell out a few possibilities amongst the young lads of The Young and The Restless who could’ve served as an electrifying match for fiery Audra Charles! Some of those names included her ex-flame Noah, whom she left heartbroken in London. And another was Tucker!

The Young And The Restless: Nick And Audra To Hit The Sheets?

But But But, with the recent turn of events, we bring forth to you another too-hot-to-handle possibility! The latest spoilers for The Young and The Restless have teased that Victoria will take the stern decision of firing Sally Spectra from Newman Enterprises. Unfortunately, Nick will not be able to change his sister’s mind and will have to comply. Furthermore, to soften the blow for Sally, he will take it upon himself to ease her into the news of getting fired.

Now that Sally won’t be tempting Nick at the office anymore! It leaves the playing field wide open for another player to stake claim on Nick Newman’s heart, or at least his arms! Could that be Audra? Well, she sure does have the charms for getting into Nick’s sights! And Twitteratis believe they got “chemistry”. While there is a considerable age gap between Nick and Audra, it hasn’t stopped age-gap couples from getting hot and heavy before! And these two might just look super sensational together.

However, there is still one spike in the road though. Noah. Can Nick get down and dirty with his son’s ex? Well, again, that hasn’t stopped soap opera characters from going down that road before! What do you think? Would The Young and The Restless pair Nick opposite Audra? Would you like to see the pairing? Please share your views with us in the comments!