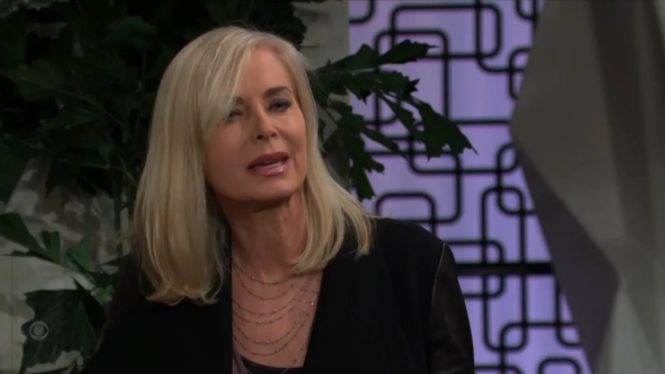 The Young And The Restless Spoilers: Ashley Abbott Is All Over The Town After Her Return, Are You Excited?

The latest spoilers for The Young And The Restless reveal that Ashley Abbott has returned to Genoa City. Viewers know that Ashley had been off the canvas for quite some time now, but she has finally returned.

Abbott is already a part of many interesting storylines on the CBS soap. We know that Eileen Davidson, aka Ashley Abbott, is all over the town after her recent return. What will happen next? Keep reading to find out.

For starters, Y&R viewers who are keeping up with the show know that Abby has been going through a lot lately. She has been going through a family crisis, and her mother would show up at the exact time. Viewers know that Abby is struggling because Chance is in therapy with Dr.Huffman and hasn’t really been at home ever since. TV Season & Spoilers previously reported that when Abby pushed Chance to hold Dominic, he lashed out at her.

Given the circumstances, Chance is not really available for Abby. So, Abby needs someone to lean on. The Young And The Restless is bringing Ashley back to support her daughter during this difficult time. She visited Abby and listened to everything happening with her; it looks like Ashley will stick to her daughter this time and help her.

The Young And The Restless: Ashley Abbott Is Worried About Jack

Phyllis will tell Ashley that Allie is a nice and sweet young woman. But, Ashley won’t be able to wrap all of this drama around her head. She will feel that Allie appearing right after Keemo’s death is all a big trap or something. We might also see Ashley discussing her concerns with Traci Abbott. Y&R viewers can see that Ashley Abbott is actually all over Genoa City since her return.

We are sure that Ashley will continue to be a part of all the interesting storylines and bring up more drama and fun in Genoa City. In the meantime, TV Season & Spoilers will keep you updated about all the happenings of the soap opera. The Young and The Restless airs on CBS all weekdays. Keep an eye on the space.