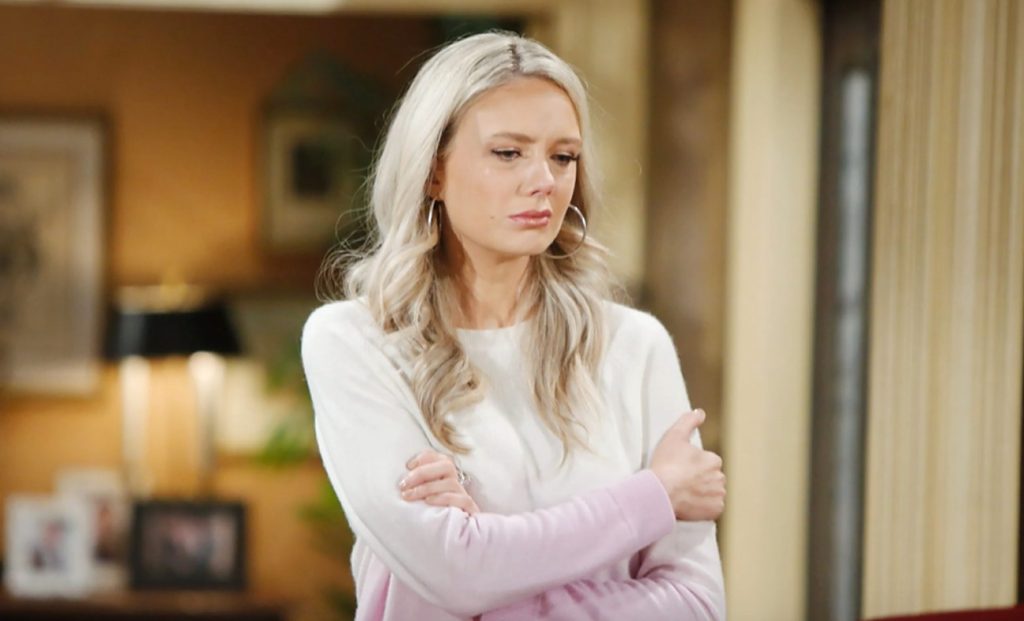 The Young And The Restless Spoilers For December 13, 2022: Abby Finds Comfort In Devon, Victoria Is Concerned For Johnny

The Young And The Restless spoilers for the upcoming episode of December 13, 2022, suggest that this episode will see clashes and amends. The latest spoilers suggest that Devon and Nate will clash, and their past rivalry will only heat up. Next, Chelsea will continue trying to make amends, but that will put Victoria in a rather tricky position. What would Chelsea propose to rile Victoria up? Here is all about it.

First off, in the Tuesday episode, The Young and the Restless, viewers will get to see Nate and Devon as they go head to head yet again. Spoilers for Tuesday relay that Devon will show up at Nate’s place of work and rehash the rivalry. As Devon starts to go after Nate, he won’t stay quiet either. In fact, he will start to get under Devon’s skin when he asks what happened between him and Amanda. Everyone knows that Amanda has left the town, but no one knows why that happened. So, he will start asking Devon about it. Further spoilers hint that Nate will make a wild guess that Devon must have cheated on Amanda. Sadly, it will hit just the spot and rile Devon up.

While Devon deals with Nate, Abby is worried about how she is going to work through her new life. Now that she and Chance are officially getting a divorce, building a life without him would feel very scary to her. The Young and the Restless spoilers say that owing to all her worries, Abby will reach out to Devon for comfort. As these two people give each other comfort, Nate will figure out what would have happened, and he will use it for his own purpose.

The Young And The Restless: Chelsea Decides To Make Amends Victoria Is Worried

On the other end of the town will be Chelsea Lawson, who will be looking to reflect on everything she has done in the past. She will want to rectify her mistakes and how horribly she has treated people in the past. So, she will want to make it all right. The Young and the Restless spoilers say that Chelsea will want to apologize to Victoria and Johnny for her past mistakes. However, Victoria won’t be very comfortable with Chelsea coming close to Johnny.

As far as Victoria is concerned, she wouldn’t want anything Chelsea says to push Johnny into deeper guilt. Whatever has happened in the past wasn’t Johnny’s fault. So, Victoria won’t want him to feel that way. In fact, she will feel that Chelsea has to be very careful in what she says to Johnny. This mom will continue to be really worried about her son in the upcoming episode.

Further, The Young and the Restless spoilers say that Victoria will open up to someone about all of her fears. So, it is likely that this could be Sharon Rosales. Would Sharon give her sympathetic ear for this one again? We will have to wait to see. Chelsea really is trying to make things better, and she will continue trying to do so. Don’t miss how she does it. The Young And The Restless airs on CBS all weekdays. Don’t miss the action there.