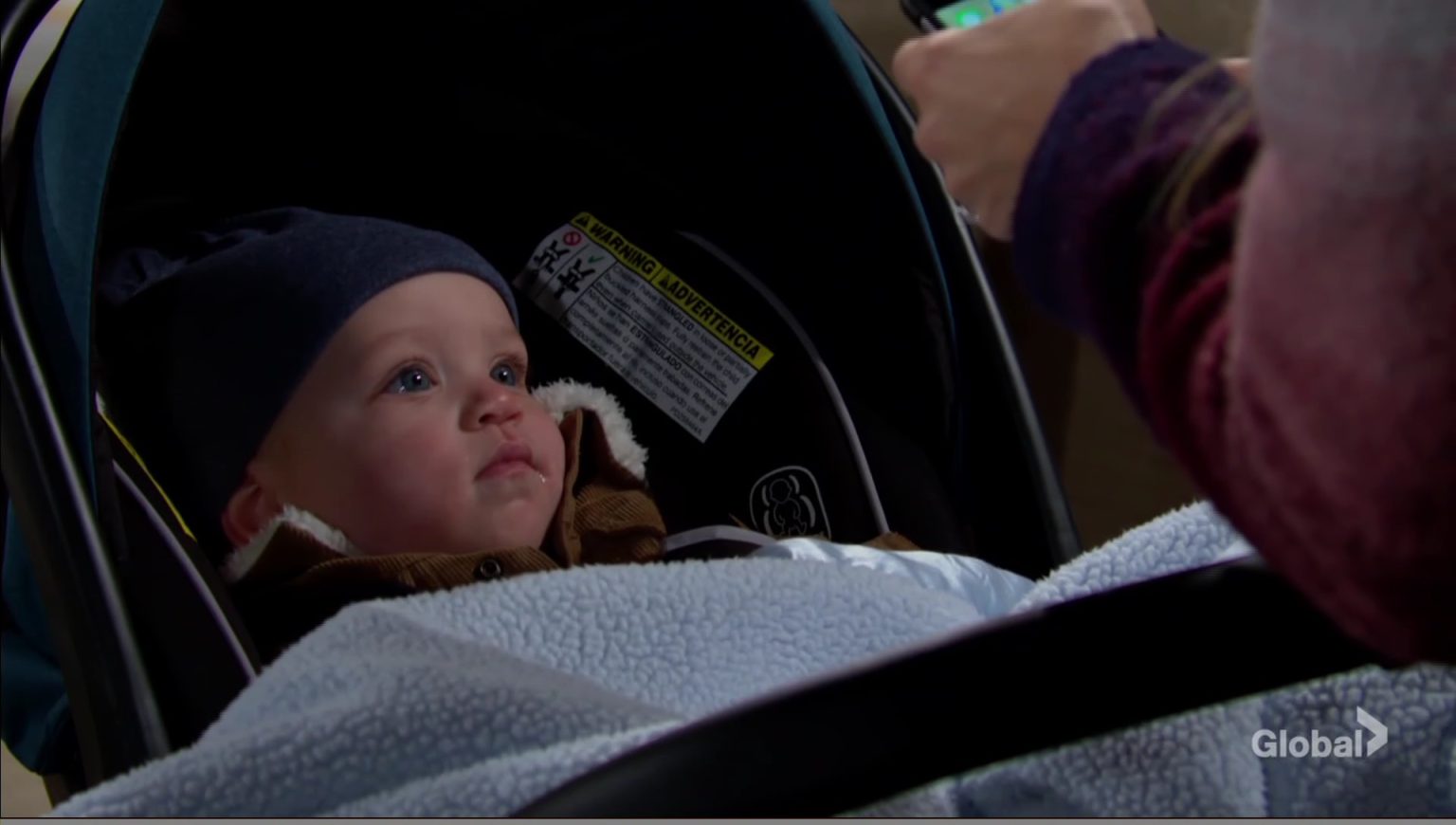 The Young And The Restless Spoilers For December 2, 2022: Tucker Meets Dominic, Adam-Sally Hit The Sheets?

The Young And The Restless spoilers for December 2, 2022, tease that Tucker will pay a visit to Devon and will meet Dominic for the first time. Once Tucker displays the sweet and loving grandpa mode, Devon will also try to let his walls down. Elsewhere, Adam and Sally will come dangerously close to each other. Will they hit the sheets? Keep reading to see what is brewing in Genoa City on Friday.

First, Adam will get butterflies in his stomach now that Sally has kissed her. He will be extremely happy when he discovers that Sally has lingering feelings for him, and he won’t think that it is a mistake at all. The Young And The Restless spoilers show Adam will try to come much more closer to Sally as he drives her wild. Is there any chance that Adam and Sally might hit the sheets? We will know that soon.

In the meantime, Victor and Nick will also have a conversation about Sally. Victor doesn’t like Sally a bit, and the fact that both of his sons are crazy about her will piss Victor off. He will voice his concerns over Nick and Adam again fighting for the same woman. This isn’t the first time they are doing it, it has happened before as well. So, Victor will warn Nick again and will ask him to back off. However, Nick will insist that Adam doesn’t deserve Sally at all.

The point isn’t whether he deserves her or not, Victor will warn that prioritizing Sally over the family will cost him big time. Nick won’t like his father lecturing him on what to do and what not to do. So, he will definitely not back off from loving her. Victor is already digging into her past, so we have to wait until he makes a move.

The Young And The Restless Spoilers: Tucker’s Grandpa Mode

At Devon’s penthouse, Tucker will pay a visit to his son and also meet Dominic. The Young And The Restless spoilers tease Tucker will realize that he hasn’t really been around his son and his family that much. So, he will now hope to be with them more, before that, he will bond with Dominic. Seeing his bond with the baby, Devon will feel immensely happy about it.

The closer Tucker gets to Devon and Dominic, Devon is more likely to let his walls down with his father. Chances are also there that Devon might spill about him and Abby. Whatever happens, Tucker will surely not let himself derail from his wicked plan. Elsewhere, Diane will also freak out when she will find Tucker on her doorstep. Of course, Jeremy will remind Diane of her cheap tricks and will let her know that he is here for revenge. What will Diane do now? We will know that soon. The Young And The Restless airs every weekday on CBS. For more updates and spoilers, visit our website, TV Season & Spoilers.