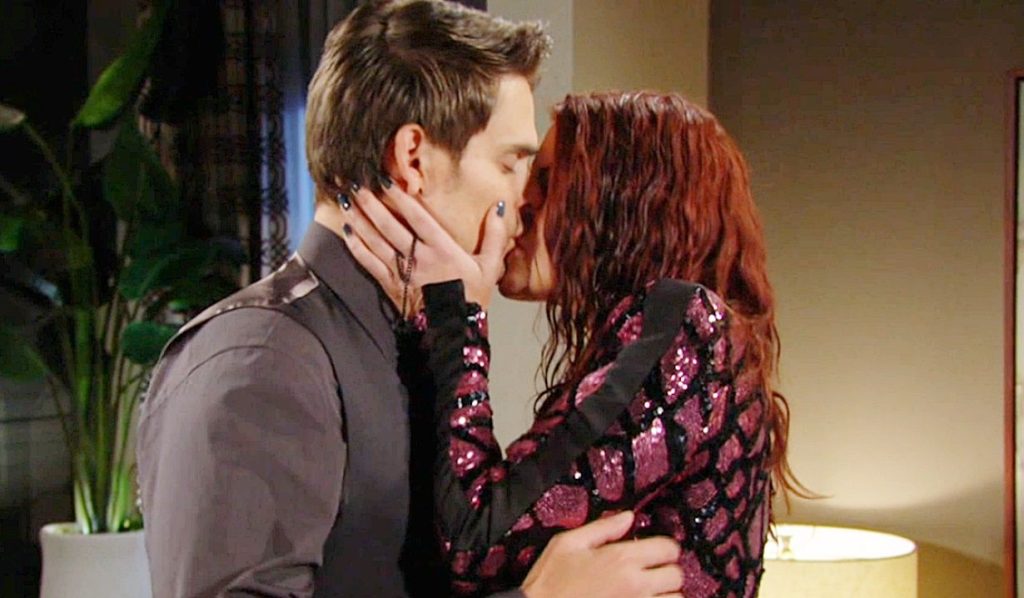 The Young And The Restless Spoilers For The Next Two Weeks (November 28-December 9, 2022): Diane Packs Bag, Sally Kisses Adam

The Young And The Restless spoilers for the next two weeks from November 28-December 9, 2022, tease that Jeremy will be back in Genoa City. The first person he meets in the town will be Diane as he lands in Abbott’s mansion. On the other end, Devon will confess to Lily about his cheating with Abby. So, Lily will also think it is time she should open so. She will share her problems with Billy. Over with Adam, his and Sally’s argument will take a rather steamy turn when Sally kisses Adam.

During the week of December 5-9, 2022, Chance will move on with the divorce papers, and Victor will be completely disappointed in him. On the other end, Diane will start packing her bags now that Jeremy is back in town and has started threatening her. Keep reading to know what is brewing in Genoa City in the coming weeks.

The Young And The Restless Spoilers For The Week Of November 28-December 2, 2022: Devon’s Confession To Lily

First, Devon will confess to Lily about how he cheated on Amanda with Abby. The Young And The Restless spoilers suggest that Lily will also share her ordeal with Devon. She will open up about her love life and how Billy isn’t the same anymore. He has started spending a lot of time with Chelsea, which is just pissing off Lily to a great extent. Speaking of Billy, he and Chloe will team up to help Chelsea in her recovery.

Whatever the case, Lily will summon Billy to have a serious discussion regarding their relationship. No matter what they decide, their relationship is in a tough spot, and if both fail to be for each other, then it will sink. As for Lily, she will continue to bond with Daniel, so she is also to watch steps.

Talking about relationships, Nate and Elena will also have some problems. Looks like Elena will complain to Nate about how Victoria is taking advantage of him. However, Nate will accuse Elena of not trusting him. Then again, there might be a situation where Elena will have to defend Devon. This will just increase more confusion and rifts between the two. So, we will have to see what happens next.

Over with Adam and Sally, he will continue to convince Sally that he wants to get back with her. The Young And The Restless spoilers tease that their argument will soon turn into a steamy session when Sally kisses Adam. For a split second, Adam might think that he has won the fight, but it won’t be that easy to get back with Sally. As for Sally, she also won’t be able to control her lingering feelings for Adam. Elsewhere, Victor will grill Nick and will ask him to leave Sally. Will Nick do that? We will know that soon.

Across the town, Tucker will ask Ashley to handle Diane by herself from here. Since she already has Phyllis and Nikki, Tucker will insist that she take help from them. As for Phyllis and Nikki, they both will meet Talia to write an article about Diane and Jeremy. But she will refuse to do that because of a lack of evidence. Later, Diane will open up about another secret to Kyle and will share how she refused to give Jabot’s financial details to Tucker.

Whatever the case, Kyle will again feel that his mother has kept some secrets from him. But he won’t have any other choice but to promise her that he is there for her. In the meantime, Phyllis will finally summon Jeremy despite Nikki’s warnings. Elsewhere, Devon will grow closer to Tucker when he witnesses his grandfather mode with Dominic. On the other end, Victor will continue to blame Chance for his marriage problems with Abby. It will be interesting to see whether Chance is willing to hear Victor’s blaming or he will soon lose his composure.

The Young And The Restless Spoilers For The Week Of December 5-9, 2022: Diane Packs Her Bag, Nate Realizes His Mistake

Further on The Young And The Restless, Nate will realize that he has made another blunder with Elena. Since he clashed with Elena and tried supporting Victoria, he may now understand his mistake and try to reconcile with Elena. However, more troubles are to come in Elena and Nate’s relationship, especially since Victoria is also in the canvas to make things worse. In the meantime, Tucker will also feel the need to sort things with Ashley. Looks like Ashley will also be disappointed with Tucker, so he will now run to do some damage control.

Elsewhere, Chance will move forward with the divorce papers, and Victor will be immensely disappointed with his decision. Diane, she will now prepare to pack her bags and leave the town. Now that Jeremy is back, she knows that he will definitely take his revenge on her. in order to save Kyle and Jack, she will decide to leave the town. How will Kyle and Jack react to Diane’s sudden disappearance? We will know that soon. Stay tuned and watch The Young And The Restless, it airs every weekday on CBS. For more updates and spoilers, visit our website, TV Season & Spoilers