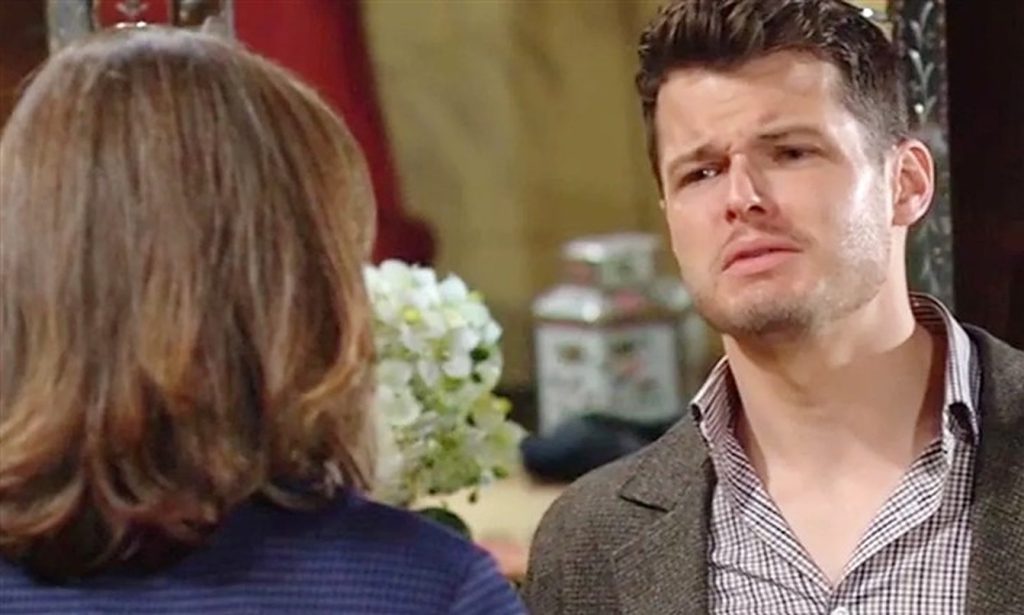 The Young And The Restless Spoilers For November 4, 2022: Jack Blast At Phyllis, Tucker Suspects Ashley

The Young And The Restless spoilers for November 4, 2022, tease that Jack will blast at Phyllis for being inconsiderate. He won’t like how Phyllis interfered in Diane’s life when she was trying to change for good. Over with Tucker, he wouldn’t know if he should trust Ashley or not. However, Ashley will try to test his ego, and he will ultimately fall for her trap. What will Ashley say to him? Keep reading to know what will happen in today’s episode.

Jack Lashes Out At Phyllis

After knowing what all Diane faced in LA, Jack will feel really bad for her. However, fans know that Diane is just exceptionally good at playing the victim card. The Young And The Restless spoilers reveal that Jack will now decide to sort things out with someone. Turns out that someone will be Phyllis. Jack will be extremely pissed off with Phyllis’ way of handling such a delicate issue regarding Diane.

So, he will lash out at Phyllis for being inconsiderate. However, she’ll know that it’s not her mistake and argue with Jack regarding that. But he will remain stubborn and will insist that Phyllis is unaware of the entire incident. Later, he will also accuse Phyllis of interfering in Diane’s life when she was trying her best to change her life for good. Of course, Phyllis will feel all her efforts went down the drain.

Elsewhere, Diane will also be getting a lashing session. This time, it will be Kyle blasting at his mother for lying to them. It was really hard for Kyle to accept Diane into his life after what all she did to him. Just when he started trusting her, everything hit rock bottom with her confession. So, he will be extremely upset with her. Even though Kyle is hurt from Phyllis’ actions, too, he will first try to focus on his mother.

Speaking of Diane, she will again try to explain her part since she won’t want Kyle to misunderstand her. It was because of Jeremy and Tucker’s blackmailing that made her be connected with them. Diane will continue to play the victim card in front of her son. Looks like she is just exceptionally clever and knows how to escape from tough situations. She will continue to make heartfelt pleas to Kyle, but it will now take days to make calm Kyle down. Whatever the case, other spoilers tease that Tucker will soon get an earful from Kyle. So, stay tuned for that.

The Young And The Restless Spoilers: Tucker Suspects Ashley

Over with Ashley, she will approach Tucker again. But Tucker will suspect that this might be another Diane-fact finding approach. He knows that Nikki, Phyllis, and Ashley are hell-bent to takedown Diane and he is the main person who can help them in this. So, he won’t want Ashley to use him on this and get his hopes high. The Young And The Restless spoilers suggest that Ashley will try to convince him in a clever move.

Looks like Ashley will claim that she can’t stop thinking about him. Even though a few percent of that statement is true, it will make Tucker believes her. As previously mentioned, Tucker has a certain charm to himself that Ashley can’t resist. So, she will also put herself at risk as she progresses with her plan to trick him.

Whatever it is, Ashley will try to test his ego and say perhaps all his so-called change might just be a façade. In reality, he might not want to win her, hearing this, Tucker will feel challenged and would promise her to prove his love for her. Stay tuned as Y&R will air more twisted episodes in the upcoming weeks. The Young And The Restless airs on CBS. For more updates, visit our website, TV Season & Spoilers.