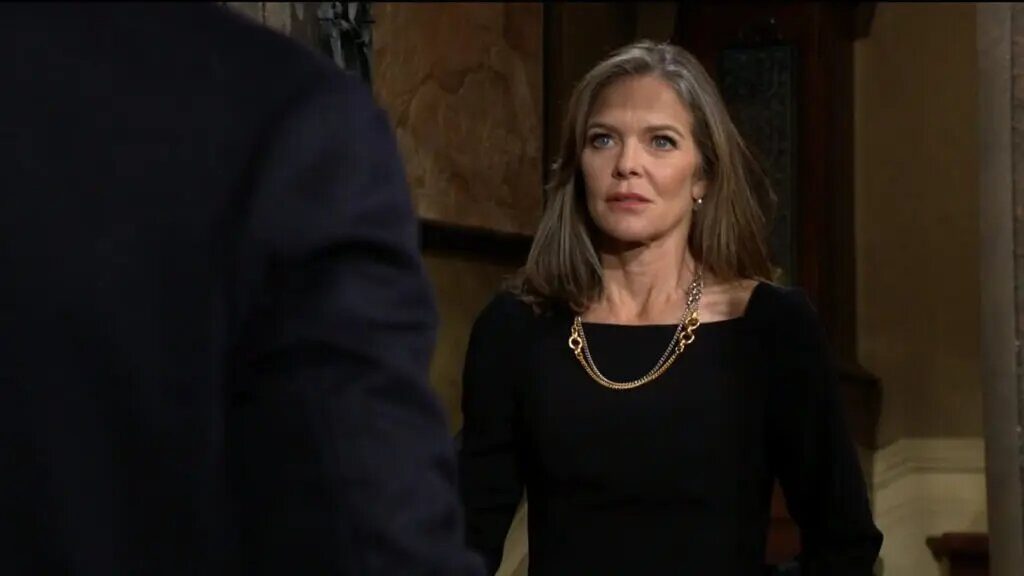 The Young And The Restless Spoilers For December 2022: Kyle-Summer’s Marriage In Danger, Diane’s Wall Crumbles

The Young And The Restless spoilers for December 2022 reveal that Kyle and Summer’s marriage will again land in danger since Diane and Phyllis will continue to bicker. As for Diane, once she sees her walls are crumbling down, she will decide to leave the town. While someone is leaving, the soap will also welcome so many old faces this month. Keep reading to know what your favorite show has in store for its viewers.

First, Phyllis and Diane will continue to bicker regarding their personal issues. The Young And The Restless spoilers tease Phyllis will be the one to summon Jeremy, so Summer will blast at her mother for putting Harrison’s life in danger just for her selfish gains. While the mother-daughter relationship is on the verge of getting ruined, this will also have a direct effect on Summer’s marriage to Kyle. Since Jack and Kyle support Diane, Summer is not going to face any humiliation towards her mother. So, Kyle and Summer will continue to have differences in that.

Speaking of Diane, Jeremy’s entry will blow her mind, and won’t know how to handle the situation. So, she will decide to leave the town for the safety of Kyle, Jack, and Harrison. However, Jack won’t let that happen since he will come at the right time to stop Diane from leaving the town. Elsewhere, Ashley will be disappointed with Tucker on some issues. he will rush to make his point clear. Although Tucker wants to progress with his goal, he surely doesn’t want to lose Ashley. His first priority is to get back with Ashley, and for that, he can do anything.

On the brighter side, Danny will also be returning to the screen this month. Now that Daniel is already in town, Danny will also join the family soon this month. However, it is still unclear as to what his scenes will be and for how many episodes he will be there. Whatever the case, Phyllis is surely going to enjoy her holidays with her family.

The Young And The Restless Spoilers: Relationships Breaking Little By Little

Further on The Young And The Restless, relationships will take a hit when Sally and Nick will face some problems. Now that Nick knows Sally and Adam have hit the sheets, he will struggle to trust Sally. Even though she says she loves him, Nick will still be skeptical. Until then, Nick and Adam will continue to bicker over their love for the same woman.

Elsewhere, Victor will try to confront Chance again as he still doesn’t know why he and Abby are getting divorce. It is pretty clear that Victor will again summon Chance to know that answer. However, he has promised Abby not to spill the betrayal bomb on anyone, so we have to see when Chance can keep that promise while Victor is pushing him this hard. Over with Mariah and Tessa, they might also become parents this December if they finally get through the procedure of adoption. We will have to wait to see if this couple has the luck to spend as a family of three this holiday season or not.

Finally, Nate and Elena will also continue to face problems since Nate’s new boss likes to keep him in her orbit. Victoria won’t like Nate taking Elena along with him to LA for the business meeting. So, Nate will now have to stop Elena from packing the bags. This update will just increase Elena’s doubt that Victoria might want something more than a business relationship with Nate. But he will rather ask her to trust him. Let’s see what more troubles Elena has to face in her relationship with Nate. Stay tuned and watch The Young And The Restless, it airs every weekday on CBS. For more updates and spoilers, visit our website, TV Season & Spoilers.