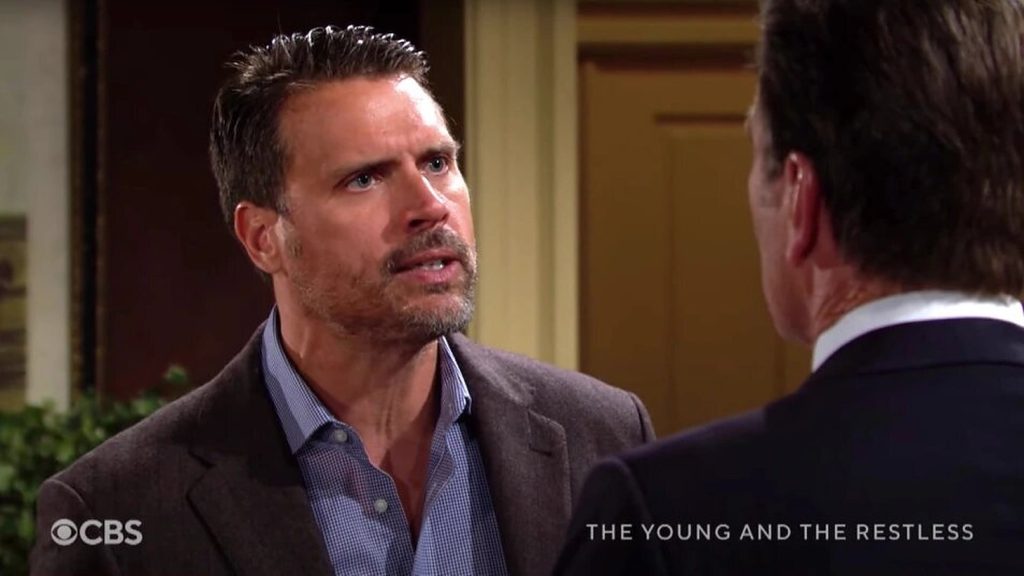 The Young And The Restless Spoilers For The Next Two Weeks (October 31– November 11, 2022): Victor Lashes At Nick, Jill Worried For Billy

The Young And The Restless spoilers for the next two weeks, from October 31 – November 11, 2022, tease that Nick will get an earful from Victor. He won’t want his son to get closer to Sally. However, Nick may have other ideas. Over with Nate, he will accept Victoria’s job offer, but this will soon end in Devon finding out their partnership. Later, Ashley will make a huge admission to Tucker which will stun him.

During the week of November 7 – 11, 2022, Jill’s fear about Billy’s future will grow even further. Once Bill decides to leave his COO position, Jill will be worried for her son. Over with Phyllis, looks like she might summon Jeremy by the mid of November. So, it will be interesting to see how Jeremy’s entry changes the storyline. Keep reading to see what is brewing in Genoa City.

The Young And The Restless Spoilers For The Week Of October 31– November 4, 2022: Nate Accepts The CEO Job

As Victoria earlier offered, Nate will finally accept Victoria’s job offer. The Young And The Restless spoilers tease that Nate will take some time to consider it. The main things in head will be about his family. As of now, Lily and Devon are clear they want to cut ties with Nate. To speak of Elena, she has already made it clear that she doesn’t want to be with him. Since Nate has nothing to lose, he will decide to accept the offer.

However, while Victoria and Nate are celebrating in the Society, Devon will walk in while they toast. He will realize that Victoria was the one to whom Nate was sending information. The preview video itself showed Devon taken aback when he finds Nate and Victoria celebrating. It is given that Devon will fume in rage once he learns about Nate’s CEO position.

Speaking of Elena, she will be back in Genoa City. To Nate’s surprise, Elena will be ready to sort things out between them. But this new CEO position will piss her off and ruin things even more. Over with Abby and Chance, they will again have an argument. When Abby finds Chance in a café, she will wonder why he hasn’t gone back to home. Later, Abby will lean on Devon as she shares how Chance never gives time to the family. At the same time, Devon will open up about his love life and how long-distance is really tough.

Billy Saves Chelsea From Jumping Off The Ledge

This week, Billy will save Chelsea from jumping off the ledge. Once he saves her, he will call Sharon and ask her to come and talk to Chelsea. When Sharon arrives, Billy will give plenty of support to Chelsea and try to calm her down. Billy will himself be shaken by what he just witnessed. In a matter of few minutes, Chelsea could have ended up her life. So, Billy will feel extremely bad for her.

Over here with Lily, she will continue to warn Billy that he is interfering in others’ life a lot. However, when it comes to someone’s mental health, Lily should underst and that what Billy did was absolutely right. However, fans do know that Billy is getting really concerned

for Chelsea. So, Lily will want him to concentrate on his job.

In Newman Media, Victor will lash out at Nick. He will wonder what is wrong with his son, that he chose Sally out of others. Victor knows how much Summer hates her, apart from that, Adam still hasn’t given up on his feelings for Sally. So, Victor will ask Nick to back off. However, Nick won’t like people giving him lecture and telling him what to do. Looks like Nick is not going to leave Sally.

The Young And The Restless Spoilers: Jack Warns Phyllis

Further on The Young And The Restless, Jack will narrate the whole Diane’s confession to Kyle, who just came back to Genoa City. Even though he will be upset that Diane lied to them, Kyle will be furious with Tucker. He won’t like the way Tucker blackmailed Diane, so he is likely to get an earful when Kyle approaches him. Speaking of Jack, he will warn Phyllis not to stress Diane even further.

Over with Ashley, she will come with a stunning admission which will stun Tucker. All these days, Tucker kept asking Ashley for another chance. Looks like that day is not far. The Young And The Restless spoilers tease that Ashley will admit that she has not been able to forget Tucker. Even though Tucker will be skeptical about her move, fans know she just wants to score dirt on Diane. Just like how Nikki and Phyllis asked her to keep the door open, Ashley will do the same.

The Young And The Restless Spoilers For The Week Of November 7 – 11, 2022: Victor’s Tucker Move, Phyllis To Summon Jeremy?

During the week of November 7 – 11, 2022, Victor will assign Michael a task to dig deeper into Tucker’s history. Since the day Victor’s old rival has arrived in GC, he is curious to know the reason for his arrival. So, he will make some moves and find Tucker’s motive.

Over with Jill, she will worry about Billy. Since Billy will be leaving his COO job, she will wonder what he will do next. Just like how Lily is worried, Billy’s mother will also feel the same. Elsewhere, Phyllis will make another bold move, chances are there that she might summon Jeremy next. So, it will be interesting to see how Jeremy will add to the storyline. Nate will also face problems with his new CEO jobs. The Young And The Restless airs every weekdays on CBS. For more updates and spoilers, visit our website, TV Season & Spoilers.