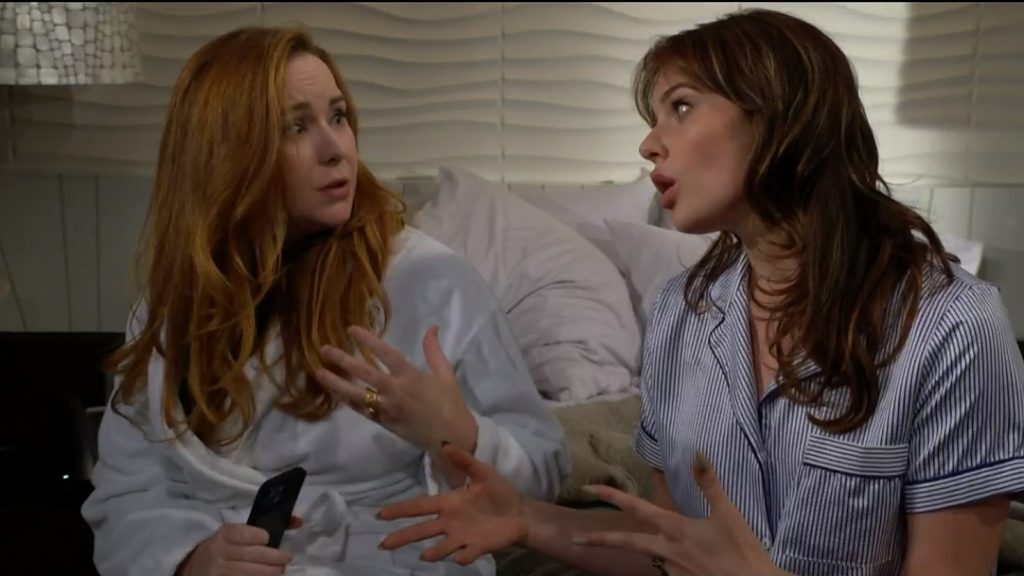 The Young And The Restless Spoilers For December 23, 2022: Danny Meets Christine, Mariah-Tessa’s Discuss About Their Future

The Young And The Restless spoilers for December 23, 2022, reveal that Danny will mull over a bold move that he is wanting to take. However, things will take a turn when Christine will cross paths with Danny. Before that, Daniel will have some confessions to make to his father. What will it be about? Elsewhere, Tessa and Mariah will discuss about their future now that they fear about failing another adoption trial. Keep reading to see what is brewing in Genoa City in Friday’s episode.

First, Danny will return to Genoa City to celebrate and spend some time with his family this Christmas. The Young And The Restless spoilers claim that initially, Danny was asking Daniel to wait for him. According to him, the time wasn’t right for him to go back to the town. However, situations changed, and he came back days before he planned to come. While Daniel’s dad is back, he certainly won’t disclose how he is feelings a bit lonely these days.

No matter what he tries to hide, Daniel will certainly inform his father about the gaming platform deal that he struck with Chancellor-Winters. As for Danny, he will visit Crimson Lights and mull over taking a bold move. Looks like Danny somehow will get his former lover – Christine’s phone number. So, he will wonder if he should get in touch with her or not.

In the meantime, Christine will also coincidently come to Crimson Lights and cross paths with Danny. Once they make a proper eye contact, both will pass a smile at each other. Other spoilers tease that Christine and Danny

will have a conversation and catch up on what all they have done these years. Meeting after these many years, will this former couple fall for each other again? We will know that soon.

The Young And The Restless Spoilers: Tessa-Mariah Discuss Their Future

Next, Tessa and Mariah will be scared about their adoption failing yet again. Although they did another luck in adopting a newborn, but both will be scared that it might also not go well. The Young And The Restless spoilers reveal that Mariah and Tessa

will discuss about their future if this trial also gets unsuccessful. Whatever happens, they both are certain that both of them are together in this and will try to overcome any problem.

Meanwhile, Sharon will also lend a supportive hand and will advise that it is not that easy to become a mother and will ask them to be positive. Mariah will help Tessa to get cheered up on the eve of Christmas. Looks like Mariah and Tessa will remain positive about their dreams to become mothers. Stay tuned as Y&R will bring more enjoyment and sweet moments packed episode. Watch The Young And The Restless, which airs every weekdays on CBS. For more updates and spoilers, visit our website, TV Season & Spoilers.