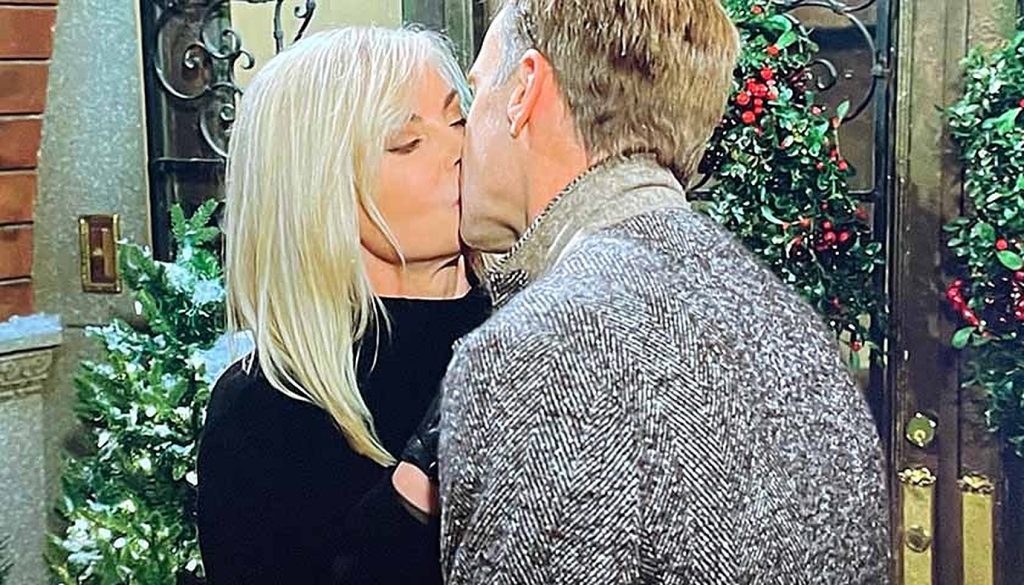 The Young And The Restless spoilers for December 26, 2022, reveal that Danny will meet with Phyllis and will reconnect on the things that happened in his life. Looks like it won’t just be Phyllis but also Christine, with whom Danny will reconnect. Elsewhere, Traci will sense the danger that Tucker possesses and will alert Jack about it. As for Tucker, he will come closer to Ashley and will make a bold move. Keep reading to know what Y&R has to offer in Monday’s episode.

First, Tucker will wear a Santa hat and deliver some special gifts at Abbott’s house. Seeing him getting so involved with the family will piss off Traci and Jack. The Young And The Restless spoilers tease that Traci and Jack will know just what he is trying to do. Traci will fear that Tucker might pull Ashley much closer to him and make her fall into his trap.

Other The Young And The Restless spoilers tease Tucker is indeed going to do that only. He will have alone time with Ashley, where he will again talk about his desire to make her the CEO. Once both of them come a bit more closer, Tucker will plant a kiss on Ashley, and she will also respond to it. Seeing Ashley reciprocate happily will give Tucker more hope to move forward in his plan. We have to wait to see how Ashley is going to handle all this. Is she really going to go with Tucker, or she has her own plans? We will know that soon.

The Young And The Restless Spoilers: Danny Reunites With Phyllis

Next, Danny will have another bonding session with Daniel. Since Danny is back in town, he knows that he has so many people on the list to go and meet to. While the father-son duo are having a blast at Noah’s nightclub, Danny will cross paths with Phyllis. Once the family gets together, Danny, Phyllis, and Daniel will take pictures together and enjoy the family reunion.

However, Phyllis won’t be the only woman Danny is meeting. Other The Young And The Restless spoilers tease that Danny will somehow get his former flame, Christine’s phone number. While he mulls over whether to get in touch with her or not, Christine will cross paths with him at Crimson Lights. Looks like both will stare at each other and will smile. Since the former flames are meeting after ages, Christine and Danny will have a conversation and share what all happened in their lives past these many years.

The show will air an exclusive episode on Friday, December 30, 2022. The episode will be an old one from the year 1991 and will focus on Danny. It will show the life and history of Danny’s character in detail. So, we have to wait to see the character in depth. Watch The Young And The Restless, it airs every weekdays on CBS. For more updates and spoilers, visit our website, TV Season & Spoilers.